Over 4,400 Myanmar refugees flee to Thailand to escape fighting

Over 4,400 people from Myanmar have fled into Thailand since Thursday last week to escape clashes between government soldiers and an armed ethnic minority group, the Thai military said Wednesday.

As the fighting between Myanmar's ruling military and the Karen National Union intensifies in southeastern Kayin State and more refugees enter Thailand, Thai authorities in neighboring Tak Province have been tasked with accommodating them in temporary shelters and providing them with humanitarian assistance. 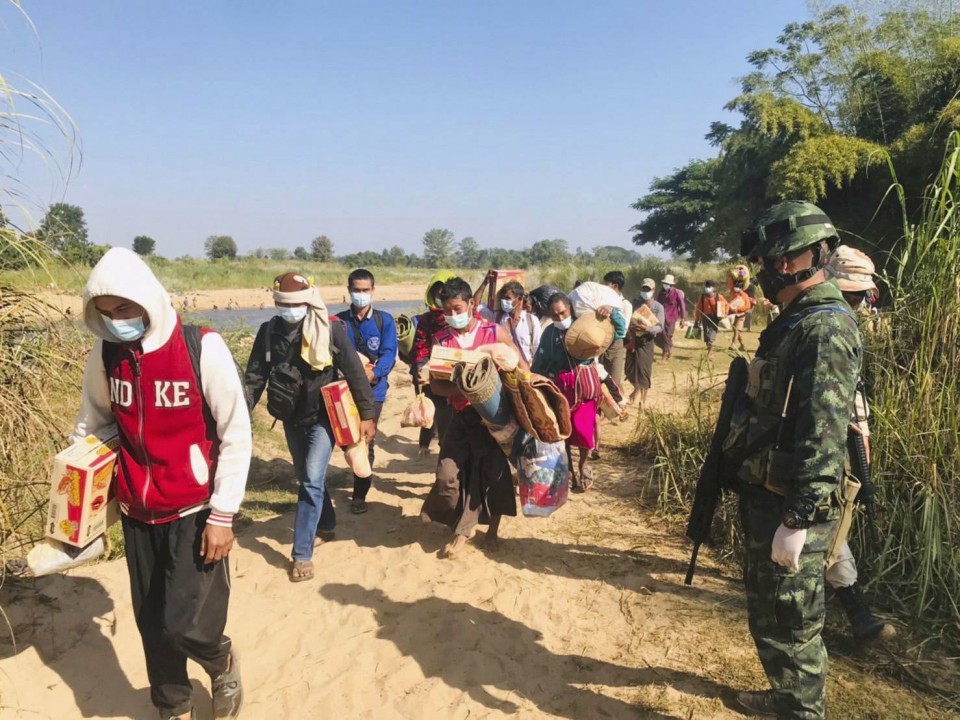 Local media in Myanmar reported the military troops raided the town of Lay Kay Kaw in the state Tuesday last week and detained dozens of people from opposition forces who had taken refuge there, including members of ousted civilian leader Aung San Suu Kyi's National League for Democracy.

The KNU said in a statement that the group responded to the attack with force on the following day, saying "Our KNU troops had to engage in self-defense measures towards the acts of aggressive arrests, destruction of houses, and forceful, violent attacks."

The group had signed a ceasefire agreement with the then military-backed civilian government in 2015 after decades of conflict, creating a largely peaceful situation in border areas under KNU control.

But since the military ousted Suu Kyi's elected government in a Feb. 1 coup, the KNU has made clear its support for those protesting against military rule and accepted youths who fled in opposition to the coup, providing them with training to fight back.

In March, the military raided an area controlled by the KNU by aircraft and thousands of people took refuge in Thailand.