The benchmark Nikkei stock index on Thursday saw its highest year-end finish since 1989, with global monetary easing and solid earnings of manufacturers contributing to a 4.9 percent rise from a year before, despite lingering concerns about the coronavirus pandemic.

In the final trading session of the year, the 225-issue Nikkei Stock Average ended down 115.17 points, or 0.40 percent, from Wednesday at 28,791.71, but it marked the third straight year of increase. Japanese financial markets will be closed from Friday through Monday for the New Year holidays.

The broader Topix index of all First Section issues on the Tokyo Stock Exchange finished 6.66 points, or 0.33 percent, lower from the previous day at 1,992.33. It advanced 10.4 percent in 2021 and also reached its highest year-end close since 1989. 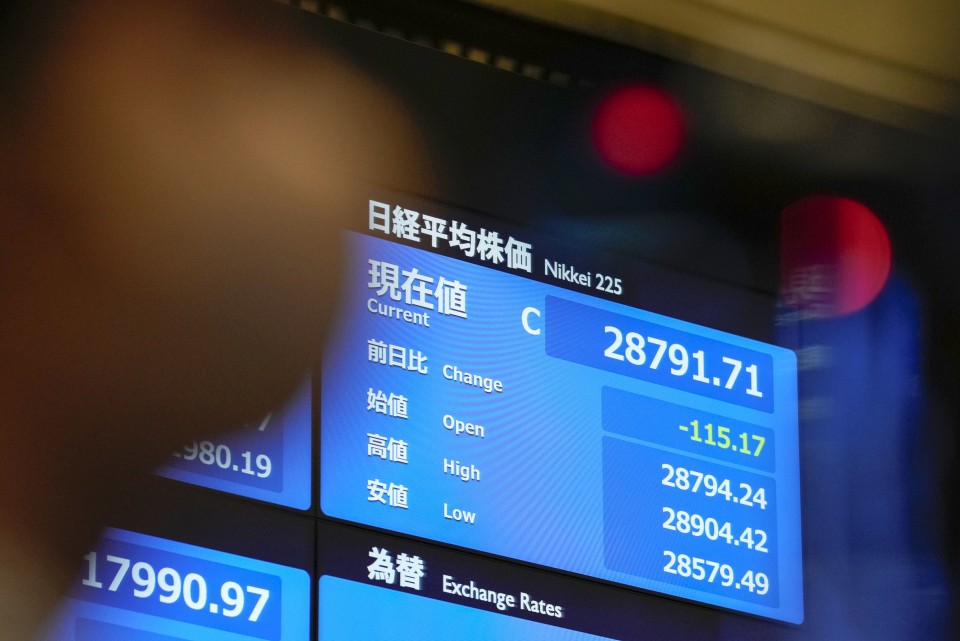 A financial data screen shows the Nikkei Stock Average falling 0.4 percent in Tokyo on Dec. 30, 2021, but at its highest year-end finish since 1989. (Kyodo) ==Kyodo

The market capitalization of all companies listed on the section rose to about 728 trillion yen ($6.3 trillion), reaching a record high at the end of the year for the first time in four years.

In 1989, the Nikkei finished trading at a record high of 38,915.87 in the midst of Japan's asset-inflated bubble economy.

The U.S. dollar briefly rose to 115.20 yen, its highest level in about a month, on increased risk appetite after the U.S. Dow stock index closed at a record high overnight, dealers said.

The Nikkei started 2021 above the 27,000 yen mark and rallied early in the year on monetary easing by major central banks to fight the economic fallout from the pandemic. Also helped by upbeat Japanese earnings, the Nikkei topped the 30,000 mark in February for the first time in more than 30 years.

But it gradually lost steam amid fears of the coronavirus. Investors became increasingly nervous after Japan marked record daily infections of more than 20,000 in the summer.

The market also came under pressure in the final months of the year due to the spread of the Omicron variant of the virus.

"The coronavirus pandemic really threw the market around, but overall, it wasn't a bad year," said Chihiro Ota, assistant general manager of investment research at SMBC Nikko Securities Inc. "The market moved at a very high level. Manufacturers, including chipmakers, were really growing."

Although the Nikkei gained for a third straight year, the increase was smaller than in 2020 and 2019 when it advanced 16 percent and 18 percent, respectively. It also lagged behind its U.S. and European counterparts that have posted stronger growth despite the pandemic. 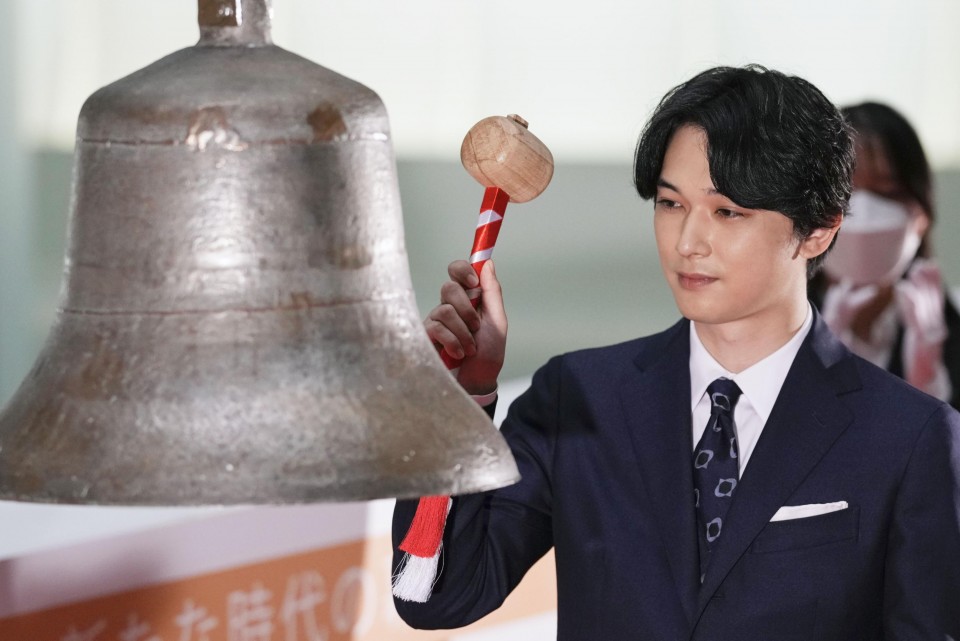 Actor Ryo Yoshizawa rings the bell at the Tokyo Stock Exchange at the last trading session of the year on Dec. 30, 2021. (Kyodo)

On prospects ahead, however, many analysts expect stocks to reach new highs in 2022, with some of them forecasting the Nikkei will hit 34,000, a level not seen since March 1990.

Masahiro Ichikawa, chief market strategist at Sumitomo Mitsui DS Asset Management Co., projects the Nikkei will regain the 30,000 mark during the first quarter. "Since people have become more used to the coronavirus pandemic, I don't expect it to interfere with the market as much."

On Thursday, the Nikkei was in negative territory throughout the day on concerns that coronavirus infections in Japan may increase during the New Year's holiday period and hurt the economy.

It briefly fell over 300 points before losses were pared as investors bought on dips in subdued trading, brokers said.

On the First Section, declining issues outnumbered advancers 1,333 to 735, while 115 ended the day unchanged.