The Japanese government has retracted an earlier decision and will allow examinees who had close contact with people infected with the Omicron coronavirus variant to take university entrance exams if they have tested negative and have no symptoms.

The new decision, announced by the education ministry Monday, will apply to exams for state-run and private universities as well as for unified entrance exams next month, in a policy shift from previous guidelines barring such examinees from taking tests. 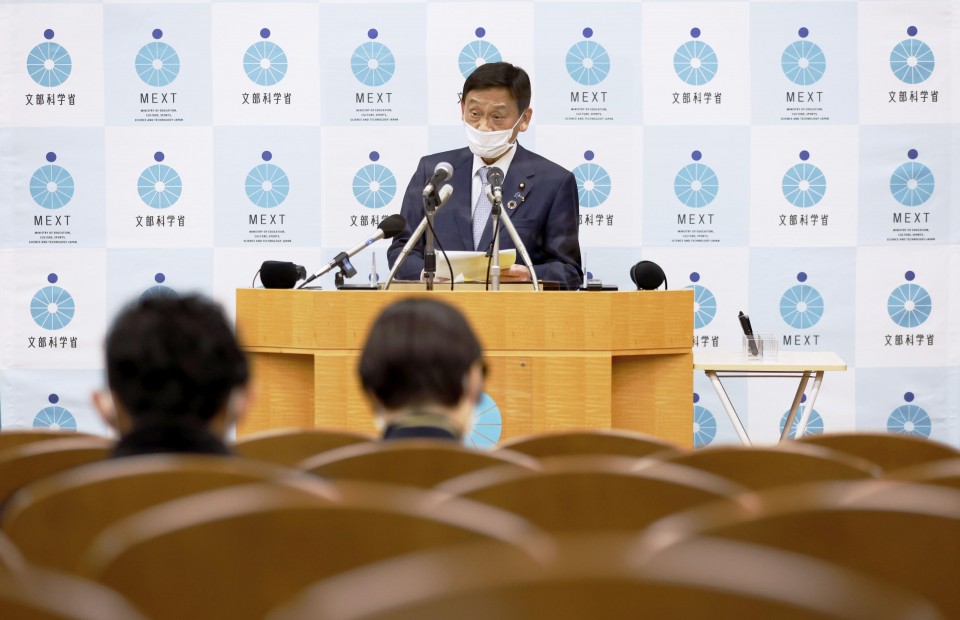 Education minister Shinsuke Suematsu holds a press conference at the ministry in Tokyo on Dec. 27, 2021. (Kyodo)

"We would like examinees to take thorough steps to prevent infection and universities to take all possible measures," said education minister Shinsuke Suematsu at a press conference Monday.

Under the guidelines for people who had close contact with people infected with the coronavirus excluding the Omicron variant, students will be able to take an entrance exam if they have tested negative for the virus, have no symptoms on the day of testing, avoid public transport and take the test in a separate room.

The same conditions will be adopted for examinees who had close contact with the Omicron variant, the Ministry of Education, Culture, Sports, Science and Technology said.

The previous guidelines, revised Friday, barred examinees who had close contact with the Omicron variant from taking a test whether or not they had any symptoms, in line with the government policy of requiring 14 days of isolation for close contacts.

When asked why the policy had changed in just three days, Suematsu told reporters, "We should have taken a little more time to study the matter and should have made prearrangements with the Prime Minister's Office."

The move followed a similar reversal of decision when the government of Prime Minister Fumio Kishida withdrew earlier this month its request for airlines to stop taking reservations for inbound international flights in the wake of criticism the measure against the Omicron variant went too far.

The guidelines not allowing close contacts of the Omicron variant were compiled after Kishida said Dec. 21 that such people are required to quarantine in accommodation facilities for 14 days.

After consulting with the health ministry and medical experts, the education ministry confirmed it cannot apply different measures for examinees and notified universities of the guidelines on Friday. 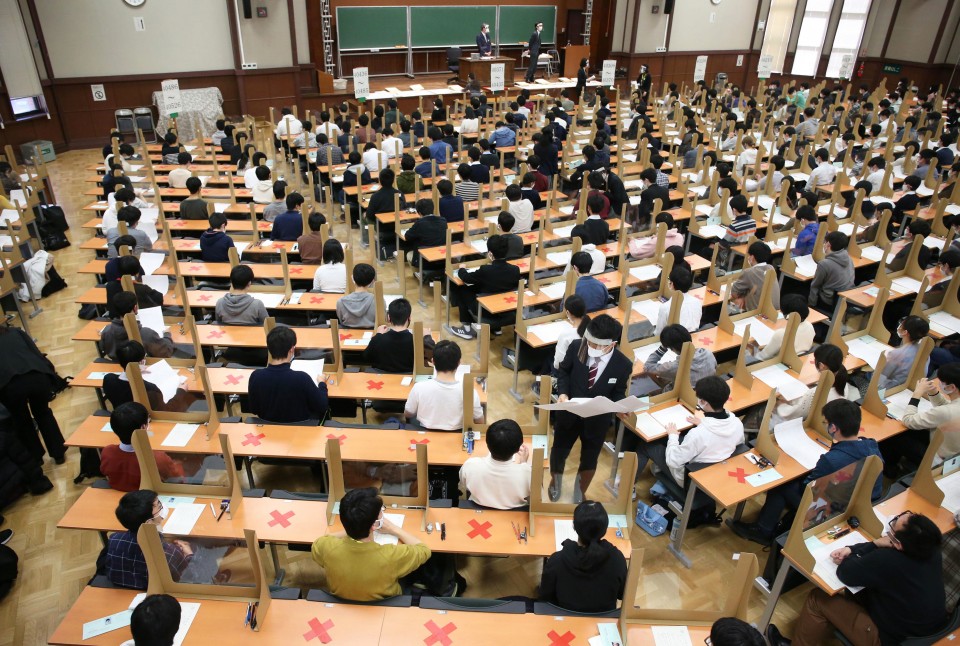 The University of Tokyo's entrance examination is held at a campus in Tokyo on Feb. 25, 2021. (Kyodo) ==Kyodo

During these procedures, the education ministry did not inform the Prime Minister's Office about the decision, with an official close to Kishida saying, "We had no knowledge about it. We were surprised."

After the guidelines were reported by media, examinees expressed their concerns, with one quoted as saying, "If I become one of close contacts, I can't take the exam."

According to Suematsu, the ministry began exploring the possibility of reviewing the guidelines on Saturday.

The policy shift became clear on Sunday after the prime minister ordered the ministry to ensure that examinees had the opportunity to take the entrance tests.