A delegation of French lower house members arrived in Taiwan on Wednesday, about two months after their Senate peers did so, in a move almost certain to draw rebuke from China.

The delegation, led by former environment minister Francois de Rugy, is expected to hold talks with Taiwan President Tsai Ing-wen and Premier Su Tseng-chang during its stay through Sunday, according to the self-ruled island's Foreign Ministry. 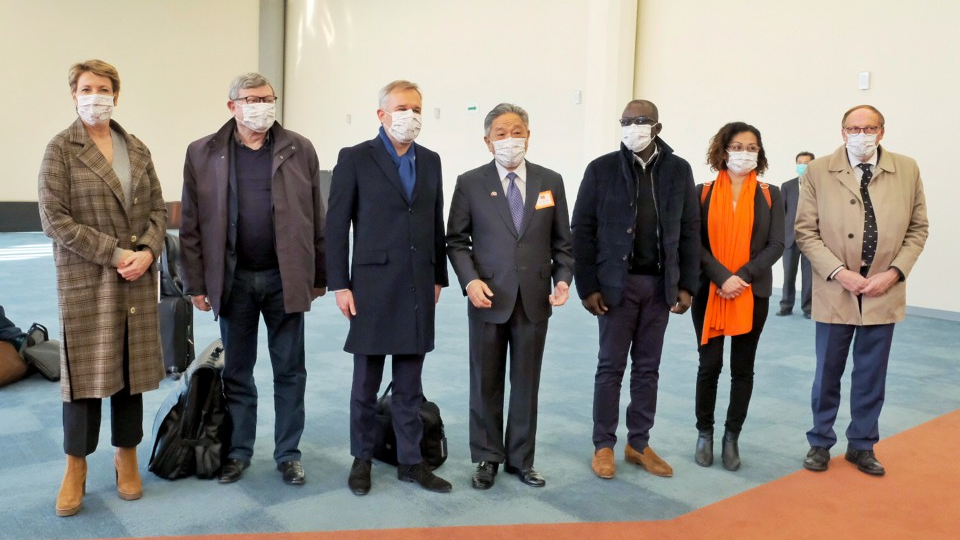 The delegation consists of members of the France-Taiwan parliamentary friendship group in the lower house, or the National Assembly. The stated purpose of its visit is to look into issues related to the development of the Taiwanese economy.

De Rugy is a member of President Emmanuel Macron's ruling La Republique En Marche party. In late November, he led an effort to get the National Assembly to adopt a resolution calling for government support for Taiwan's participation in international organizations, including the World Health Organization.

The Senate adopted a similar resolution in May.

China regards Taiwan as a renegade province to be reunified with the mainland, by force if necessary.