Toyota Motor Corp. said Tuesday it aims to sell 3.5 million electric vehicles globally in 2030 as it builds momentum in its push for attaining carbon neutrality.

The Japanese automaker said it is ready to invest 8 trillion yen ($70 billion) on electrified cars by 2030, and launch 30 EV models globally by that year.

"The situation around energy differs from region to region. Therefore, Toyota wants to meet the situation and needs of different countries and regions by offering various choices in terms of carbon neutrality," President Akio Toyoda said at a press briefing. 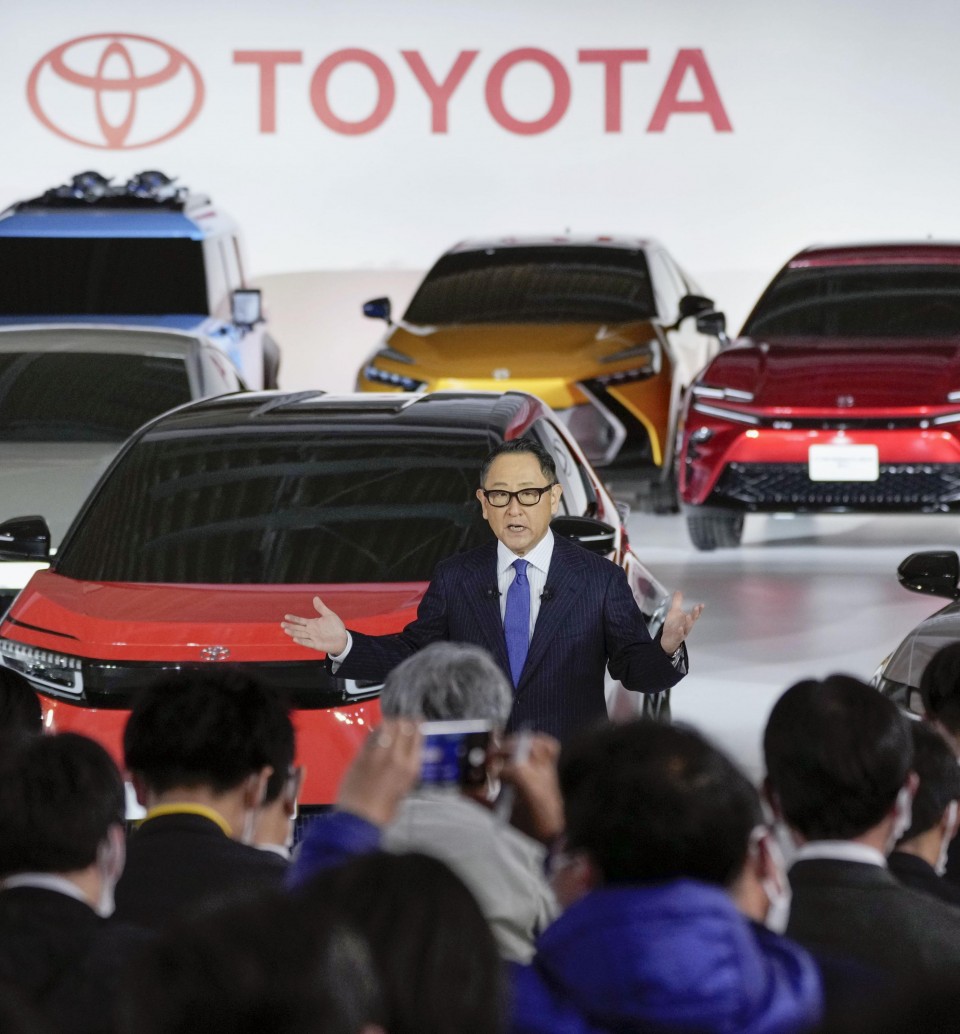 Toyota had said earlier that out of the 8 million electrified cars it aims to sell by 2030, 2 million would be battery electric vehicles and fuel cell vehicles.

The announcement comes as automakers worldwide are transitioning toward electrified cars to play their part in global efforts to reduce carbon dioxide emissions.

Toyota has worked toward establishing a "full lineup" of electrified vehicles, including EVs and hybrids as well as fuel cell vehicles that run on hydrogen, saying it wants to offer different options to customers. But the approach has drawn flak at times as being pessimistic toward the development of EVs.

Earlier this year, the company said it will introduce 15 electric vehicle models by 2025. It will begin selling in mid-2022 a new electric model Toyota bZ4X in Japan, North America and Europe.

As part of its push for carbon neutrality, Toyota said last week it will build and start operating in 2025 an automotive battery plant in North Carolina, investing $1.29 billion for the launch of its first such plant in North America.

Other Japanese automakers are also stepping up efforts. Nissan Motor Co. said late last month it will spend about 2 trillion yen over the next five years on its electrification push, aiming to make over half of its global vehicle lineup battery-powered or hybrid by fiscal 2030.

Honda Motor Co. has set a goal for electric vehicles and fuel cell vehicles to account for all of its global sales in 2040, becoming the first Japanese automaker to declare a complete departure from gasoline-powered cars and hybrids.

Toyota to halt more lines, 9,000 cars at 4 plants to be affected