Japanese Prime Minister Fumio Kishida on Thursday called for like-minded nations sharing the universal values of democracy, freedom and rule of law to jointly counter attempts to undermine them, as he attended a U.S.-hosted summit on democracy.

During the virtual meeting, Kishida vowed to provide $14 million to international organizations to ramp up efforts to respect human rights in the corporate sector, which has come under increased scrutiny by shareholders. 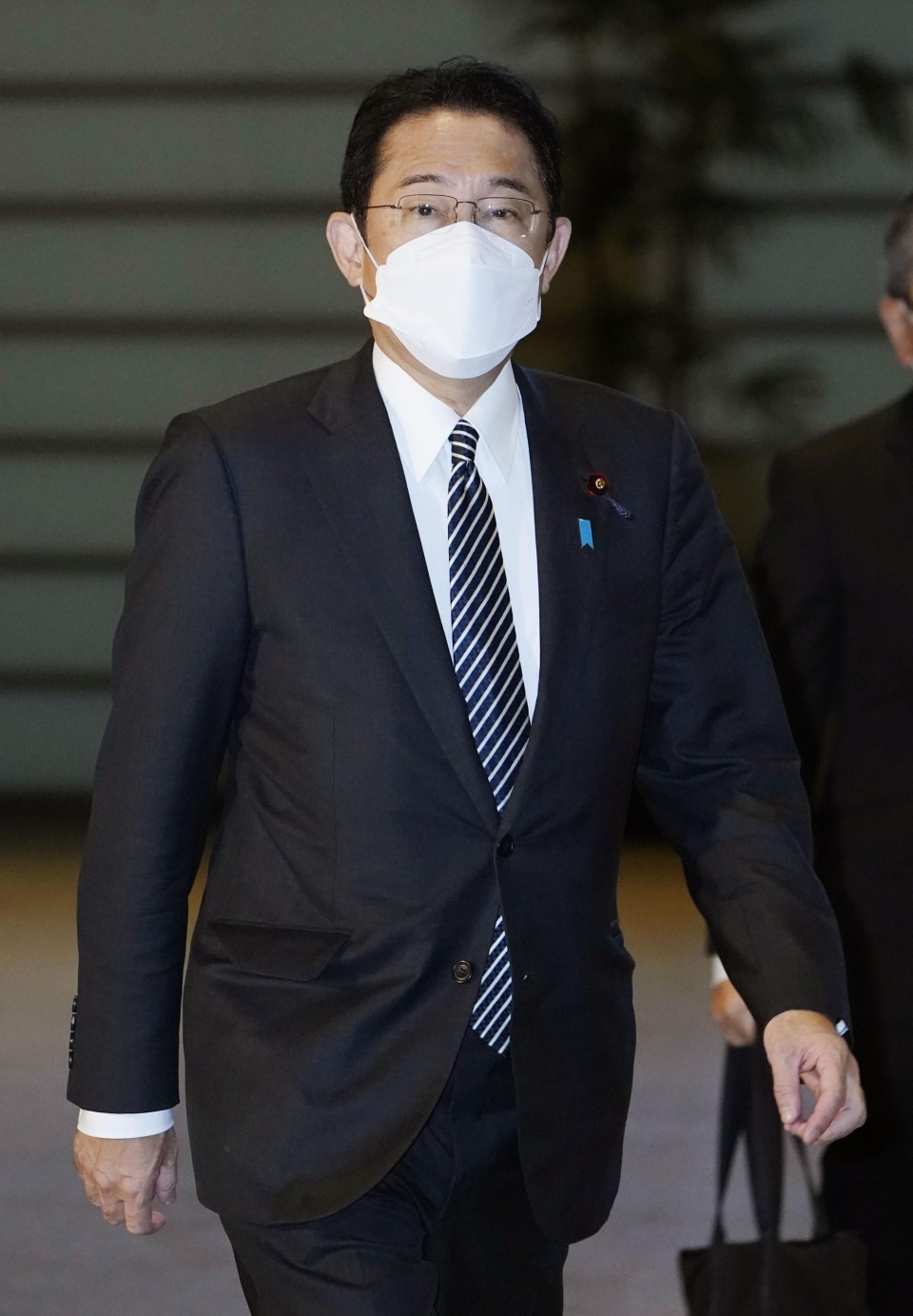 Japanese Prime Minister Fumio Kishida arrives at his office in Tokyo on Dec. 9, 2021, wearing a face mask for protection against the coronavirus. (Kyodo) ==Kyodo

Japan will continue to raise its voice about serious human rights situations, Kishida was quoted by the government as telling the meeting, which was closed to the media.

The two-day meeting led by U.S. President Joe Biden is bringing together leaders from over 100 countries to counter authoritarianism. China has criticized the event, to which self-ruled Taiwan was invited. Beijing regards the democratic island as a renegade province to be reunified with the mainland, by force if necessary.

Japan will continue to assist democratization efforts in other countries by assisting human resources development, ensuring freedom of the press and establishing legal and election systems, Kishida said during the event.

The hardening of the U.S. stance on China has put Japan in a difficult opposition. The United States is Japan's closest ally, while China is a major trading partner, despite Tokyo and Beijing being locked in disputes over territory and history.

Kishida has put an increased focus on human rights, appointing a special adviser on the issue.

Investors have been stepping up their scrutiny of how companies address environmental, social and governance issues and whether their supply chains are free of human rights abuses, particularly amid the alleged repression of Uyghur Muslims in the Chinese far-western region of Xinjiang.