Global chip demand is expected to grow 8.8 percent to another record level of more than $600 billion in 2022 following a 25.6 percent leap this year, estimates by an industry body show, leaving the market of a key electronic device tight.

The semiconductor market is estimated at $601.49 billion worldwide next year, topping an all-time high of $552.96 billion projected for 2021, the World Semiconductor Trade Statistics said in its latest forecast. 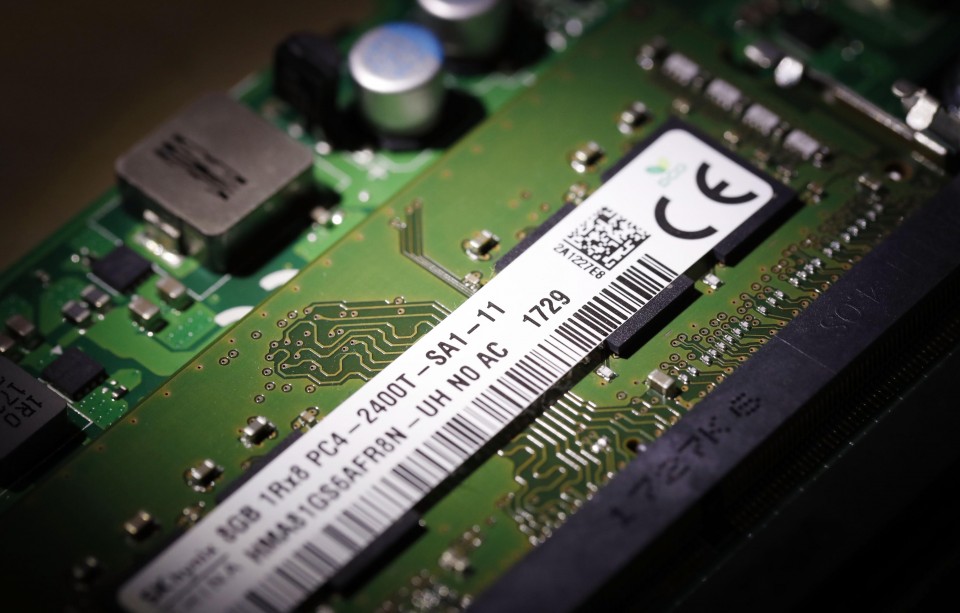 Photo taken in Tokyo on July 1, 2019, shows a semiconductor product made by a South Korean company. (Kyodo)

Demand for chips for laptop and tablet computers as well as Wi-Fi equipment picked up on the back of the increased need for telework and online classes following the coronavirus pandemic. Sales of computer game consoles also surged as consumers opted to avoid nonessential outings, adding to requests for extra chip supplies.

On top of the pandemic-driven demand, economic reopening along with progress in COVID-19 vaccinations also sparked an appetite for chips for use in vehicles and industrial products, keeping demand solid next year, WSTS said.

The chip-manufacturing industry expects supply and demand conditions to continue to be tight for the time being.

The outlook has pushed some governments to take measures to ensure stable supplies of chips, a key device used in a wide range of products from smartphones and vehicles to high-speed networking equipment.

The Japanese government decided to set aside some 400 billion yen ($3.5 billion) to aid Taiwan Semiconductor Manufacturing Co. in building a new factory in the southwestern prefecture of Kumamoto.

The European Union is considering easing state-aid rules to allow the funding of new chip plants in the 27-nation bloc, Margrethe Vestager, the European commissioner for competition, said last month.

By region, the Americas are expected to lead global growth in 2022 with the highest rise of 10.3 percent in demand, followed by a 9.3 percent increase in Japan. The chip market in the Asia-Pacific region, excluding Japan, is forecast to grow 8.4 percent and that in Europe is seen up 7.1 percent, according to the organization which represents 45 semiconductor manufacturers.