A pool photo taken at the "The Beatles Story" museum in the legendary rock band's hometown of Liverpool showed ministers from the G-7 nations and guest countries, including South Korea, smiling and clapping their hands while Hayashi sat in front of a white piano. 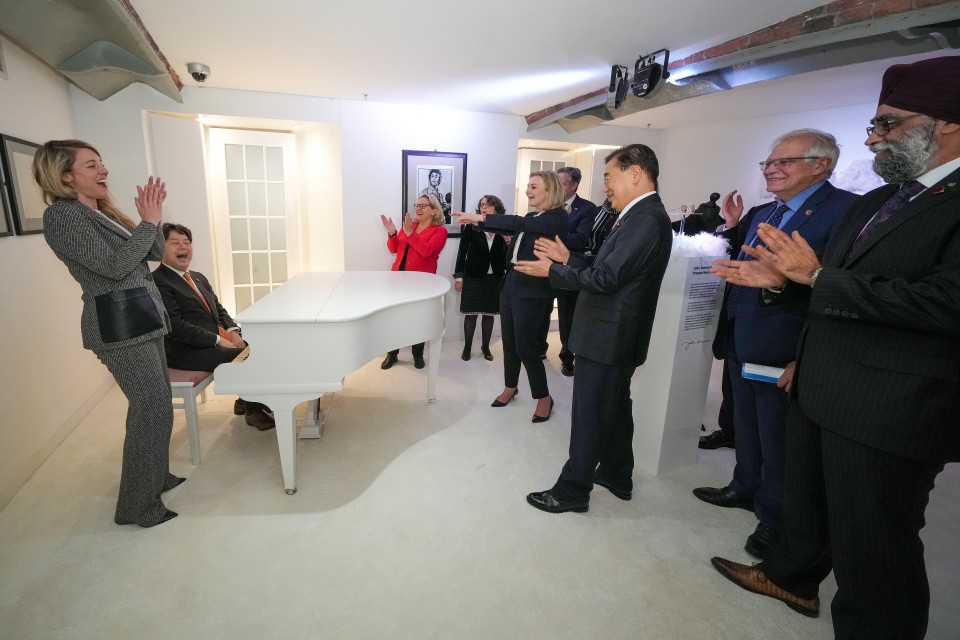 "There was a piano, and someone said, 'Anyone can sit there and play,' so I played 'Imagine' on the spot," Hayashi told reporters online, adding he performed about one-third of the song.

Known as a music lover, Hayashi enjoys playing the guitar and keyboard in a band formed with other lawmakers.

The museum tells the story of The Beatles and showcases memorabilia such as original instruments used by the band members and a pair of Lennon's spectacles.

The two-day foreign ministerial meeting started on Saturday. The G-7 foreign ministers were also joined by invited counterparts from Australia, India, and the Association of Southeast Asian Nations, excluding Myanmar, for expanded sessions, with some taking part online.