Tepid wage growth has been partly blamed for weak domestic demand in Japan and Japanese Prime Minister Fumio Kishida is calling for a pay hike of over 3 percent next year at companies seeing their earnings recover to pre-pandemic levels as he aims to deliver on his promise of achieving economic growth and wealth distribution. 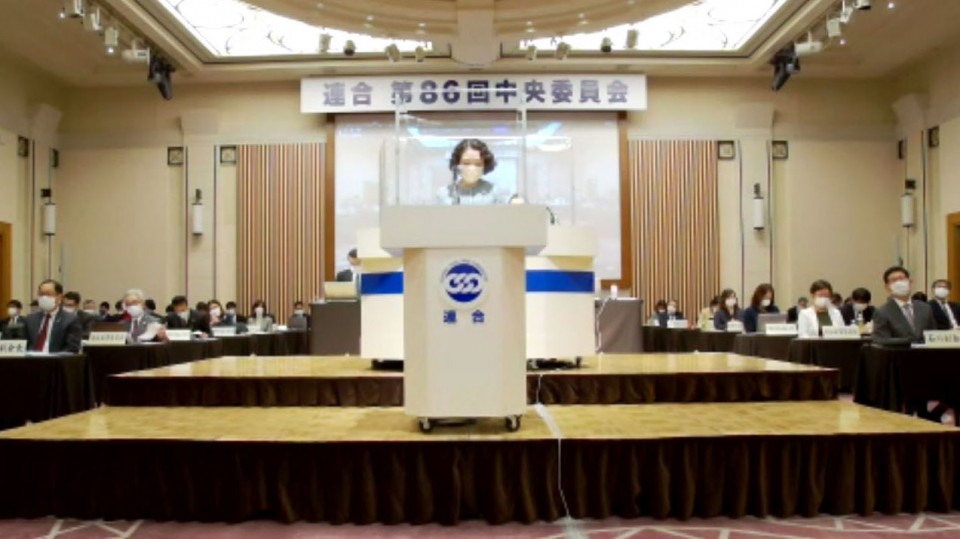 Members of the Japanese Trade Union Confederation known as Rengo reached an agreement at their meeting in Chiba Prefecture near Tokyo to demand a pay-scale increase of around 2 percent and an annual pay rise of 2 percent during upcoming "shunto" negotiations.

It is the seventh straight year that Rengo, with around 7 million members, has sought a pay-scale hike of around 2 percent.

"We cannot say that (wealth) has been distributed appropriately to workers. Labor unions need to proactively ask for investment in people," said Tomoko Yoshino, who became Rengo's first female chief in October.

"I'd like to fix wage gaps between men and women and forms of employment," she added at the meeting.

The Japan Business Federation, the country's biggest business lobby known as Keidanren, is expected to urge its member companies to raise wages, including pay-scale hikes.

At the height of the COVID-19 pandemic last year, Keidanren called blanket pay hikes as unrealistic as the negative impact on corporate earnings varied among companies and industries.

The recovery from the pandemic fallout remains uneven and concerns are growing about the possible spread of the Omicron variant of the novel coronavirus that could dampen economic activity.

Under such circumstances, Rengo will aim to "shore up (pay) in each sector as much as possible," according to its guidelines for the latest wage negotiations. The confederation will call for a minimum wage of 1,150 ($10) yen an hour, up 50 yen from this year.

Wage negotiations will culminate in March when major companies decide how to respond to requests from their labor unions.