Japanese Prime Minister Fumio Kishida said Tuesday the government will consider bringing forward COVID-19 vaccine booster shots for all people as much as possible, amid concern about a further spread of the Omicron variant of the coronavirus.

In an interview with Kyodo News, Kishida said he will make the country's antivirus measures "fully operational" so people can feel safe at a time when there are still unknowns about the new variant. 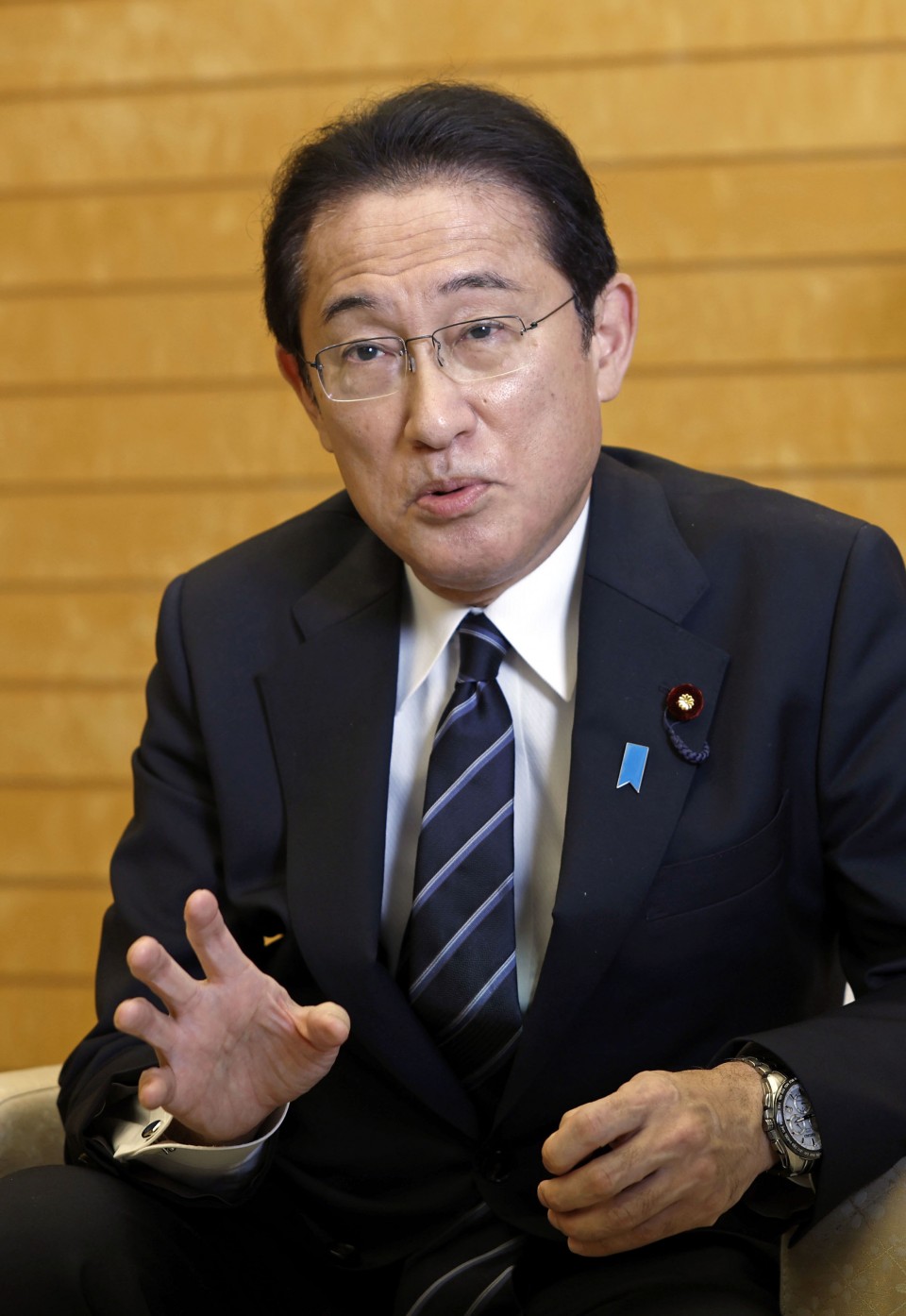 Japanese Prime Minister Fumio Kishida speaks in an interview with Kyodo News on Dec. 28, 2021, at his office in Tokyo. (Kyodo)

Japan has not seen a surge in Omicron cases, but the government remains on alert, barring new entries by foreigners from abroad and offering free PCR and antigen testing in some areas including Tokyo, where community spread of the new coronavirus variant has been confirmed.

"Besides 31 million health care workers and elderly people, we'd like to consider bringing (the schedule for third shots) forward as much as possible," Kishida said.

Over 77 percent of the population has received two shots of a COVID-19 vaccine. The government is shortening the interval between second and third shots from eight months to six for health care workers and older people.

The vaccines by U.S. pharmaceutical giant Pfizer Inc. and Moderna Inc. have already been approved in Japan as booster shots. The drugmakers have said third shots will enhance protection against the Omicron variant.

Kishida has said there is a need to prepare for a worst-case scenario and that the nation's border control measures, one of the most stringent among advanced economies, will remain in place for the time being.

Nationwide, 385 daily COVID-19 infections were confirmed Tuesday with Osaka reporting the most among all areas at 51, followed by Tokyo at 46 and Okinawa at 29. The health ministry said a record 69 people coming from abroad had been confirmed to be infected with the virus at Japanese airports.

Osaka Prefecture the same day confirmed that five people at a nursing home had contracted the Omicron variant in what is believed to be Japan's first cluster infection of the heavily mutated strain.

A team led by Hiroshi Nishiura, a professor of infectious disease epidemiology at Kyoto University, estimates that the Omicron variant will account for over 90 percent of new infections in Osaka by the middle of next month.

During the interview, Kishida said he wants to carefully examine the infection situation during the year-end and New Year holiday season.

"I will then make a judgment on what to do," he said, while expressing hope the outlook will be positive.

Since taking office in October, Kishida has prioritized bolstering the COVID-19 response while seeking to revitalize the pandemic-hit economy.

Japan to keep strict border controls for the time being: PM Kishida