Japanese Prime Minister Fumio Kishida on Tuesday urged South Korea to abide by a 2015 bilateral agreement concerning the issue of wartime "comfort women" amid frosty ties between Tokyo and Seoul.

"At least the promise between states must be kept, or any discussion from now on will be meaningless," Kishida told Kyodo News in an interview. As then foreign minister, he played an instrumental role in reaching the agreement that settled the comfort women issue "finally and irreversibly." 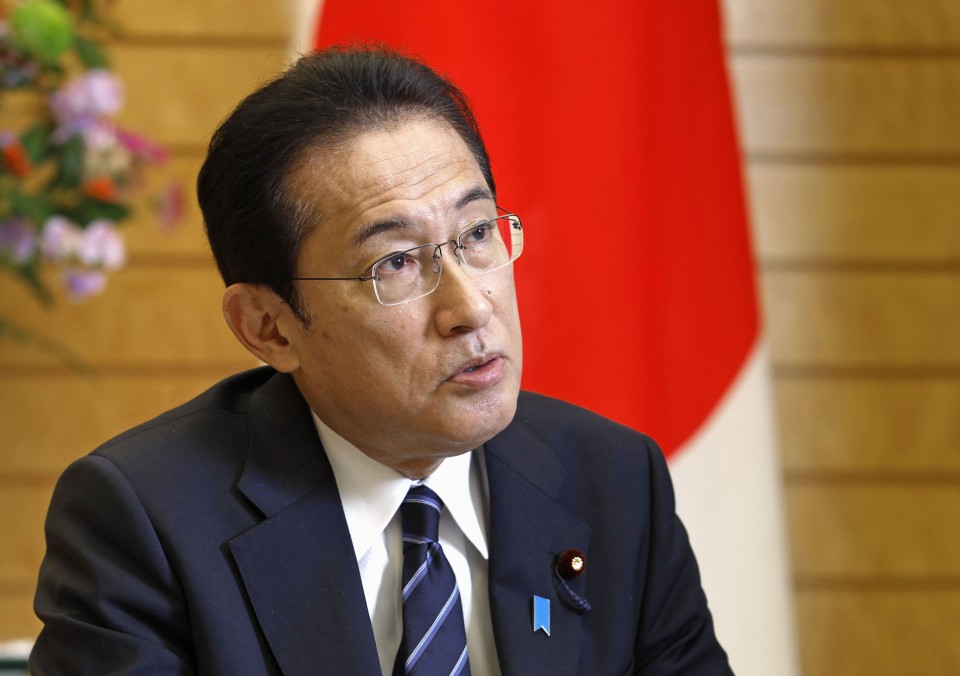 Japanese Prime Minister Fumio Kishida speaks in an interview with Kyodo News on Dec. 28, 2021, at his office in Tokyo. (Kyodo)

"Comfort women" is a euphemistic term for women from the Korean Peninsula and elsewhere forced to work at wartime Japanese military brothels.

The issue, along with a dispute over wartime labor compensation, has sent relations between Japan and South Korea to the lowest point in years. Tuesday marked the sixth anniversary of the bilateral agreement.

Based on the 2015 accord, Japan paid 1 billion yen ($8.7 million), and the money was distributed through a foundation to former comfort women and the families of those who died.

In 2019, however, the foundation was dissolved after the administration of South Korean President Moon Jae In concluded that the deal, reached under a previous government, failed to properly reflect the women's wishes.

Earlier this year, a South Korean court ordered the Japanese government to pay damages to former comfort women, drawing a protest from Japan.

Kishida held a phone conversation with Moon days after taking office in October, urging South Korea to take "appropriate" action. Japan has taken the position that the ball is in South Korea's court.

South Korea's Unification Ministry said Tuesday that Seoul "will not either nullify or renegotiate it" as the agreement is an official one.

But the ministry said the agreement cannot resolve the comfort women issue, urging Japan to make continuous efforts "sincerely" to recover the honor and dignity of the victims and heal their wounds.