FEATURE: Chocolate maker thrives with many disabled staff in workforce

A chocolate maker launched in 2014 in central Japan by an entrepreneur with a dream of encouraging a more inclusive society has proven a success, with its many workers with disabilities or mental health issues playing important roles in its method of making high-quality products.

In one of its most recent initiatives, Quon chocolate, based in Toyohashi in Aichi Prefecture but with branches nationwide, started a new factory called "powder lab" in June 2021, employing around 10 severely intellectually disabled people.

They take on the kind of small-scale tasks that would otherwise be hard to incorporate in the production process -- for instance making green tea powder in small quantities from different parts of leaves and stems, allowing fine adjustments of flavors among the firm's green tea chocolates. 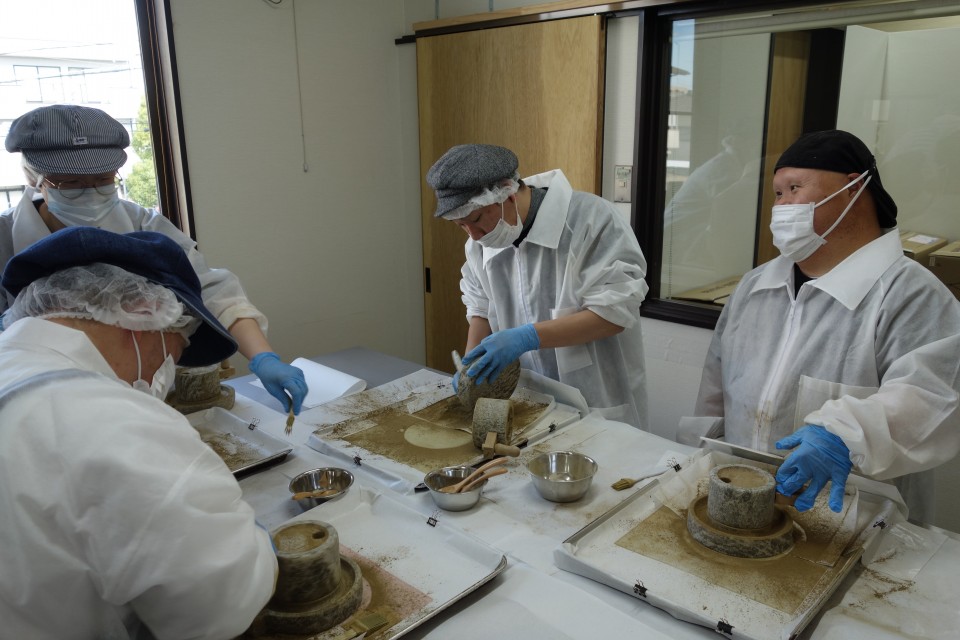 Ordinarily, such a task would be outsourced and done in bulk, producing standardized rather than variegated tea powder.

It's a win-win situation for the firm and its team of severely disabled workers, who make more at Quon than they would at welfare facilities for those who have difficulty working at companies.

At Quon, they earn 50,000 yen ($435) a month by working five hours a day, five days a week. That translates into about double the hourly wage they would be paid at welfare facilities, which was about 220 yen in fiscal 2020, according to Japan's welfare ministry, far lower than Japan's average minimum wage of 930 yen for fiscal 2021.

"Since welfare facilities are not considered to be intended for labor, many only earn 3,000 yen to 5,000 yen a month, but I've always doubted whether this is the appropriate value they could generate," said Hirotsugu Natsume, 44, head of the La Barca Group Association, which operates Quon chocolate. "I want to raise their wages further."

Quon's commitment to inclusion runs throughout its workforce. It currently has 550 staff, including those at franchised outlets, of whom more than half, or 350, have either intellectual or physical disabilities, development disorders, or mental health issues.

Known for its rectangular-shaped "Terrine" signature chocolates with a variety of around 150 flavors and toppings of dried fruits and nuts, the company expects net sales of 1.5 billion yen for this business year through March 2022, up 25 percent from the previous year. 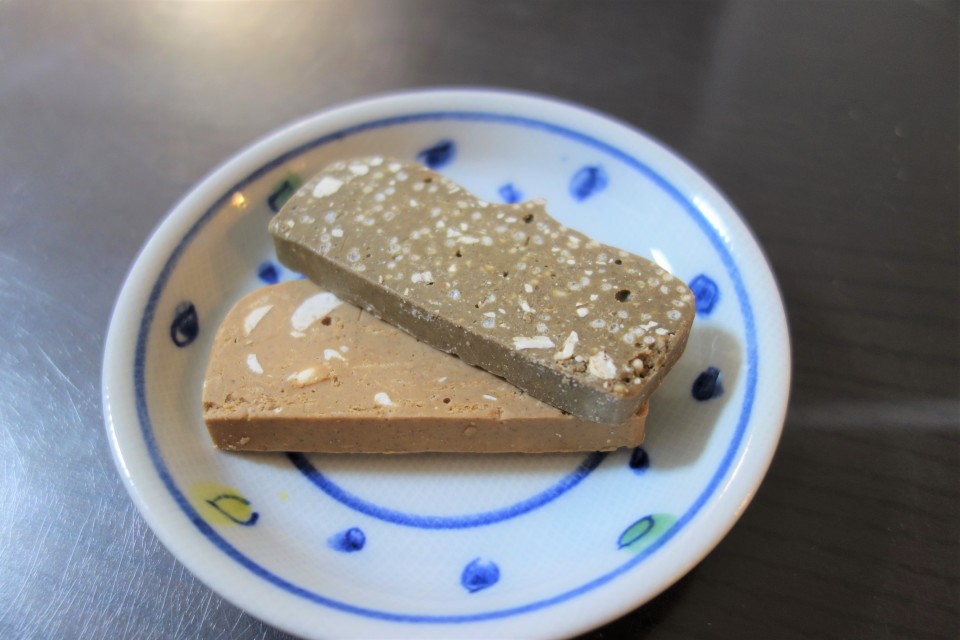 Its branches have expanded to 52 locations, including 18 manufacturing bases from Hokkaido in northern Japan to Kagoshima in Kyushu, the country's southern main island.

Yoshihiro Kawano, 22, who has a developmental disorder, started working part-time at Quon's manufacturing base when he was a high school student. Now a regular employee, he takes part in "tempering" -- a key process of heating and cooling chocolate to make it smoother -- to cutting finished products.

"I enjoy mixing ingredients and cutting chocolates," said Kawano. "I'd like to continue working here."

Transgender female Matsue, 28, who declined to give her real name, said she started working at Quon in October 2020, as she likes to make sweets. She now sells chocolates at the shop's headquarters in Toyohashi and teaches other employees how to make them.

"I feel very comfortable working here, as I can be myself. I can easily express my opinions because no one denies me," she said.

Despite the chocolate maker's steady progress over nearly a decade, Natsume had his share of bumps in the road starting off in business, including a failed attempt as a construction designer of elevators for disabled people at train stations around 2000.

After finding out that disabled people were earning only 3,000 yen to 4,000 yen a month at local welfare facilities, he decided to try to do something about it himself. "I wanted to create a place where even disabled people can make some money," Natsume said. 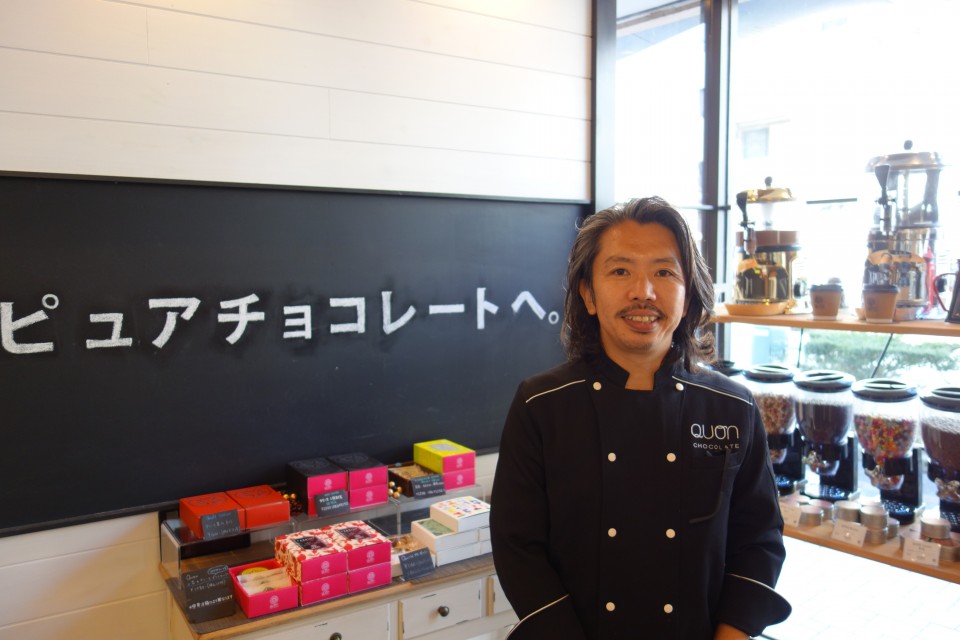 He started a bakery in 2003 with three people who had intellectual disabilities, but the losses the business incurred "were like falling from a cliff," he said.

"Making bread was difficult, as they were pressed for time to make products, such as kneading dough and fermenting. It was painful to see people who could not keep up," Natsume said.

He also operated a cafe, but it too required speed to serve meals and beverages to customers, so some workers were inevitably left behind, he said.

After his unsuccessful forays, he met Kazuo Noguchi, a chocolatier who has created chocolates for luxury hotels and famous restaurants. Noguchi told him that delicious chocolates can be made by anyone using quality ingredients and correct procedures.

"It was a great surprise, as I had always thought making chocolates and cakes is difficult," Natsume said.

But as he learned more about it, he discovered that chocolate was the perfect sweet to be created by "disabled people" because the process is easy to follow with a clear objective in mind.

As the company makes pure chocolates without adding any oil, it requires handwork to temper chocolates with varying temperatures depending on the kinds of cacao, which the company has delivered from some 30 countries, Natsume said.

"Even if we fail, chocolates can be melted again," Natsume said. "Unlike bread or other sweets, chocolates adjust to people who make them," he said, adding that there is no rush to make the products.

"If there are people with differing abilities, I don't want them to adjust. Instead, I want them to remain as they are and be considerate of each other so we can work as a team like putting the pieces of a puzzle together," he said.

Natsume said the company is aiming to become one of the top chocolate brands in Japan, where sales of chocolates surge in the run-up to Valentine's Day in February.

"I want people to buy our chocolates, not because disabled people are making them, but because they are top quality," he said.