The United States and Lithuania on Monday agreed to beef up their defense ties by facilitating arms acquisitions, as the European country faces growing pressure from what it views as the authoritarian governments of Russia and China. 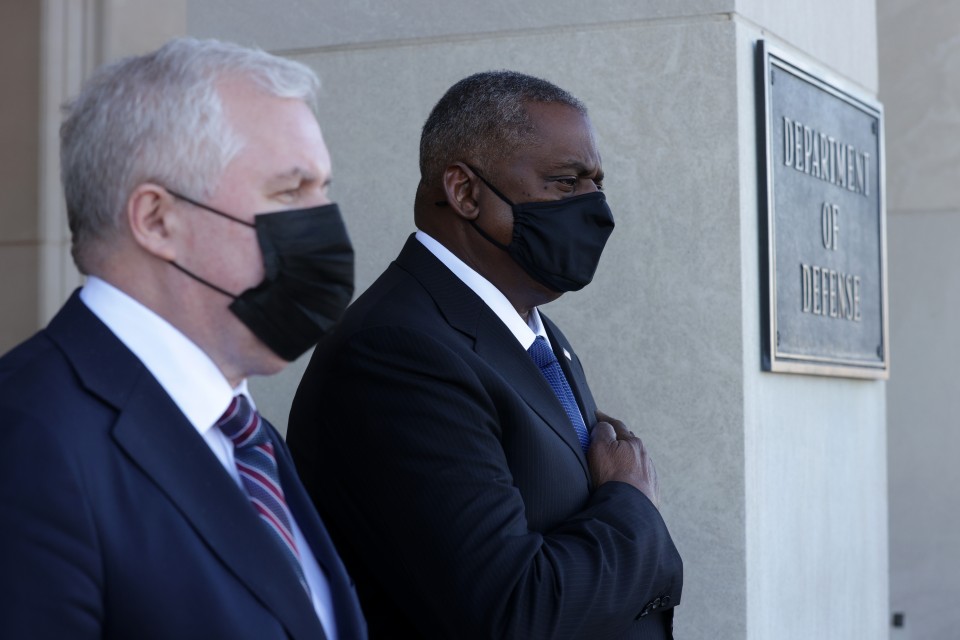 Lithuania has been feeling threatened by Russia, whose military buildup near the Ukraine border has triggered fears of further aggression against Kiev, while its deepening ties with Taiwan, a self-ruled democratic island which China claims as its own, has upset Beijing.

"I commend your government for its firm policy regarding China and we know that you have faced reprisals for your principled decisions," Austin told the Lithuanian defense minister, according to the Pentagon.

The U.S. secretary of defense also assured Lithuania, a member of the North Atlantic Treaty Organization, that it will not face challenges from Russia and China alone and pledged to "keep working together to strengthen the Lithuanian Armed Forces."

Anusauskas said the U.S. military presence on his country's soil is "crucial" against any possible aggressors, especially when seeing Russia amassing its troops on the Ukraine border.

The two announced the signing of a reciprocal defense procurement agreement to improve conditions for the acquisition of defense items and to increase interoperability between their militaries.

The Biden administration has been reinforcing its ties with the Baltic state, calling it a "beacon of democracy," as part of efforts to bring allies and partners together in countering what it says is the challenge posed by autocracies to an open international order.

Lithuania agreed with Taiwan in July to allow the island to open a representative office in the capital Vilnius, leading China to downgrade bilateral diplomatic ties. The European country has also said it is facing "economic pressure" from Beijing in apparent retaliation for deepening ties with Taiwan.

China and Taiwan have been governed separately since they split in 1949 as the result of a civil war. Beijing regards the island as a renegade province to be reunified with the mainland, by force if necessary.