Japan's former Emperor Akihito turned 88 on Thursday, making him the longest living emperor on record, according to the Imperial Household Agency.

In good health, he has spent much of the year peacefully with his wife former Empress Michiko at their temporary home at the Takanawa Imperial Residence, after stepping down from the Chrysanthemum Throne in 2019 to become the first Japanese monarch to abdicate in around 200 years.

The former emperor is happy to see Princess Aiko, the only child of his eldest son Emperor Naruhito and Empress Masako, growing up, as she turned 20 on Dec. 1, becoming an adult member of the imperial family. 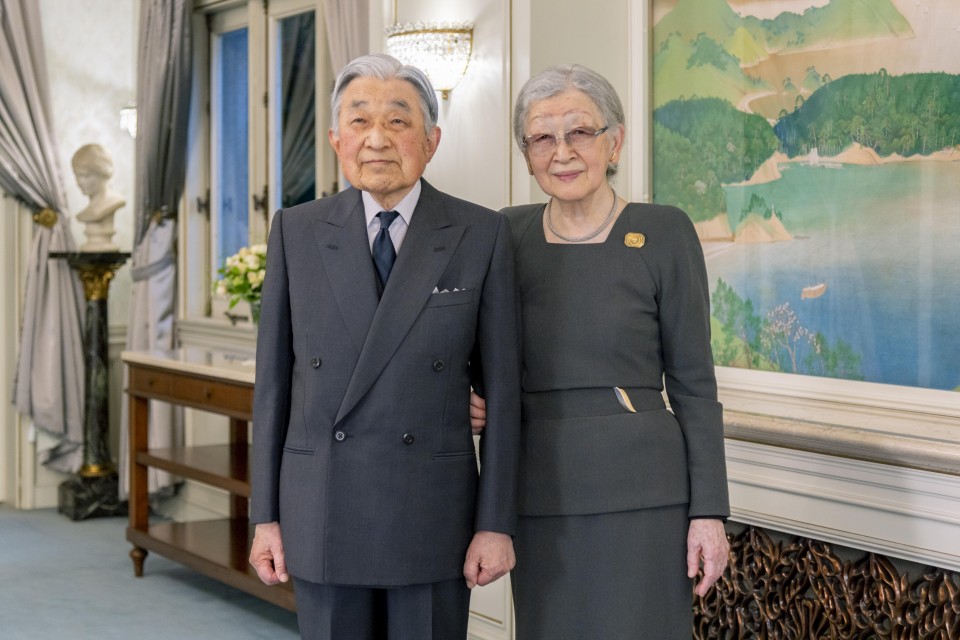 His daily routine includes taking morning walks with his wife, after which he reads aloud from Torahiko Terada's short story collection "Kaki no Tane" (Persimmon seeds) and browses newspapers.

He contemplates the state of society and people as he is briefed by his attendants on the COVID-19 situation and natural disasters, according to the agency.

At times on his evening walks, he exchanges greetings with residents of the apartment building across the street. After dinner, he talks with his attendants while looking through photo albums of his visits abroad.

The former emperor's enthronement on Jan. 8, 1989, came a day after the death of his father Emperor Hirohito, and marked the start of the Heisei Era, meaning "achieving peace." Emperor Hirohito, posthumously known as Emperor Showa, was previously the longest living emperor at age 87.

While the former emperor had gotten forgetful with age, he checks with his wife, who smiles and reassures him, when his memory becomes blurry.

With the Olympics and Paralympics held in Tokyo for the first time in 57 years, the former emperor fondly recalled that he had watched many of the events of the previous Tokyo Games in 1964, and expressed joy at the progress of sports for the disabled.

The Imperial Household Agency will hold a small birthday celebration, which was canceled last year due to the pandemic, for the former emperor on Thursday.