Japan to see if South Korea can meet high standards of TPP: spokesman

Japan's top government spokesman said Tuesday it is too early to comment on the prospect of South Korea joining the 11-member Trans-Pacific Partnership until it becomes clear whether the country can fully meet the high standards of the free trade pact.

South Korea expressed its willingness to join the pact the previous day. Britain, China and Taiwan have already applied for membership to the pact, which does not include the United States following its abrupt withdrawal from negotiations in 2017. 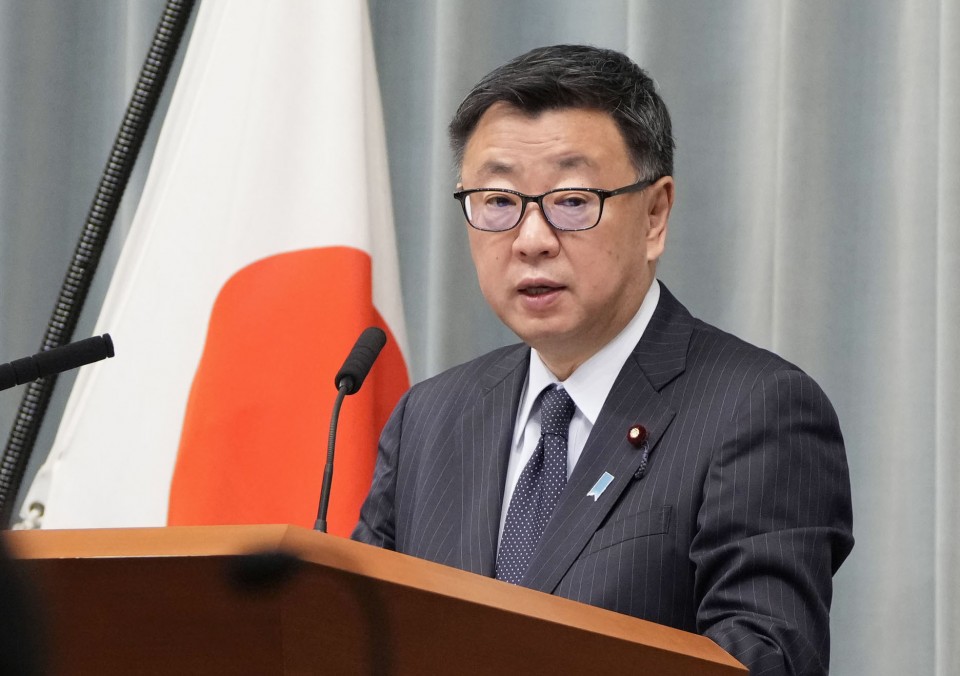 "What we need to do first is to see if an economy that seeks to join the pact is fully prepared to reach the high levels of the TPP 11," Chief Cabinet Secretary Hirokazu Matsuno told a press conference.

"We will continue to follow developments related to economies with interest in joining the pact and respond by taking into account our strategic standpoint and public understanding," he said.

The pact, formally known as the Comprehensive and Progressive Agreement for Trans-Pacific Partnership, entered into force in 2018, cutting tariffs and setting high-standard rules for e-commerce, intellectual property and state-owned enterprises.

South Korean finance minister Hong Nam Ki said Monday that Seoul will begin the process of joining the TPP. Approval from the current 11 members is necessary.

Japan has welcomed the envisaged accession to the TPP by Britain and Taiwan but has taken a cautious stance on China.

Farm minister Genjiro Kaneko refrained from commenting on how the Japanese government views South Korea's potential accession, telling reporters that no formal application has been filed.