The U.S. House of Representatives on Tuesday passed a bill banning imports from China's Xinjiang region amid concerns over forced labor of the Uyghur ethnic minority there, a move that is likely to worsen tensions between Washington and Beijing.

The Uyghur Forced Labor Prevention Act, which aims to hold China accountable for what the U.S. government calls a "genocide" against the Muslim Uyghurs in China's far-western region, passed the House as a compromise bicameral bill. It will be sent to the Senate for "swift action," according to House Speaker Nancy Pelosi. 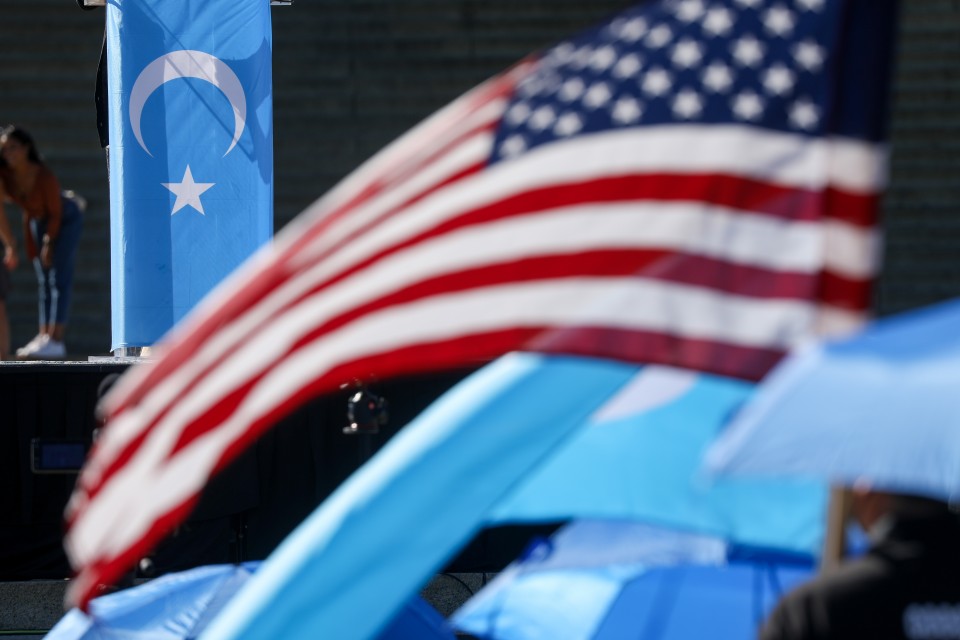 People take part in a demonstration to protest against China's policies towards Uyghur Muslims and other ethnic and religious minorities, on the 72nd anniversary of the founding of the People's Republic of China, on Oct. 1, 2021 in Washington. (Anadolu Agency/Getty/Kyodo)

The bill needs to be signed into law by President Joe Biden.

Concerns are deepening in the United States over China's human rights abuses in Xinjiang, with the Biden administration recently announcing a diplomatic boycott of February's Beijing Winter Olympics in a show of protest.

The Uyghur bill requires U.S. customs authorities to presume that goods manufactured in Xinjiang are made with forced labor and that they should be banned from import, except for those that can provide clear evidence to the contrary.

The provision is expected to take effect 180 days after the enactment of the law.

The White House said in a statement that Biden welcomes the bipartisan bill, saying his administration agrees with Congress that action must be taken to hold China "accountable for genocide and human rights abuses and to address forced labor in Xinjiang."

The U.S. government has accused Chinese authorities of arbitrary mass detention and forced sterilization, among other instances of mistreatment of members of the Uyghur community. Beijing has denied the allegations.

U.S. law prohibits the importation of merchandise produced wholly or in part by forced labor.

Earlier this year, the U.S. Customs and Border Protection imposed an import ban on a key solar panel material by a Chinese company located in Xinjiang over forced labor allegations. It has also taken action against cotton and tomato products produced in Xinjiang.