A group of people who purchased condominiums to be converted from the athletes village for the Tokyo Olympics and Paralympics have taken the developers to court, saying they will incur additional costs due to a prospective one-year delay in the handover of the properties.

In the lawsuit filed with the Tokyo District Court on Friday, the 29 plaintiffs are demanding that Mitsui Fudosan Co. and the other developers of the condominiums hand over the properties by March 2023, as stipulated in their contracts, or pay them a total of 80 million yen ($700,000) in compensation. 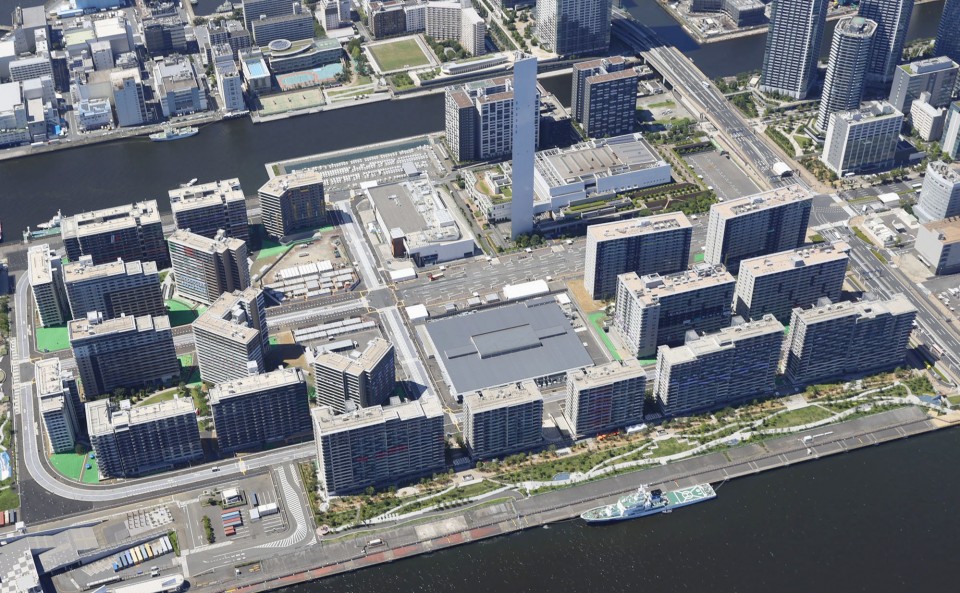 Photo taken July 18, 2021, from a Kyodo News helicopter shows the athletes village for the Tokyo Olympics and Paralympics. (Kyodo)

The properties are part of the Harumi Flag complex being developed on an artificial island in Tokyo Bay. With more than 20 apartment buildings, a shopping facility and schools, the 13-hectare reclaimed site is expected to become a new town with a population of 12,000.

The plaintiffs bought the condominiums in 2019 when 940 units were put on sale. They were set to move into their new homes in late March 2023 after the developers complete the refurbishment of the athletes village following the 2020 Tokyo Games.

But the coronavirus pandemic forced a one-year postponement of the games and the developers subsequently decided to delay the handover of the units, possibly by around a year. A delay would leave the purchasers liable for additional rent.

"I have been looking forward to moving into the condo," one of the plaintiffs, a man in his 50s, told a press conference after filing the lawsuit. "I want the developers to try their best to quicken the handover, even by a month."

Mitsui Fudosan declined to comment on the lawsuit, saying the major real estate developer had yet to receive a legal complaint and so could not verify the facts.

Harumi Flag is located 2.5 kilometers from the Ginza shopping district and 3.3 km from Tokyo Station. Its condos are popular, with 631 units put on sale in November attracting more than 5,500 applications. 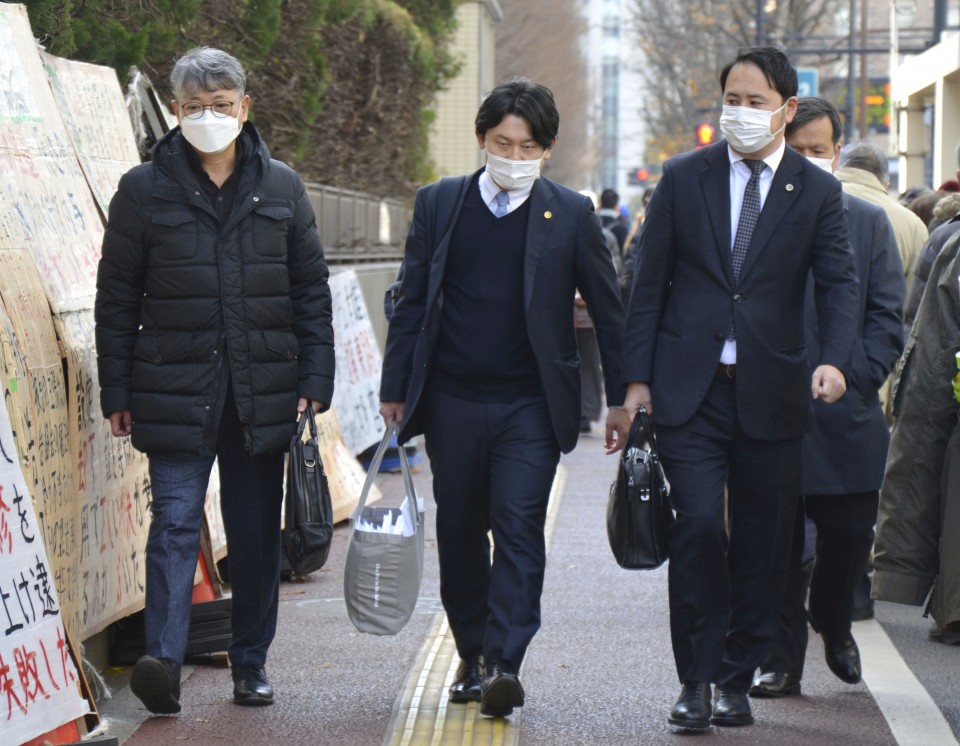 Photo taken Dec. 24, 2021, shows a plaintiff (far L) heading to the Tokyo District Court to file a lawsuit over condominiums used for the athletes village at the Tokyo Olympics and Paralympics. (Kyodo)