One year away from a potential move to America's major leagues, SoftBank Hawks ace Kodai Senga on Sunday signed a five-year contract with a player opt-out next year that would allow him to pursue his dream of playing abroad. 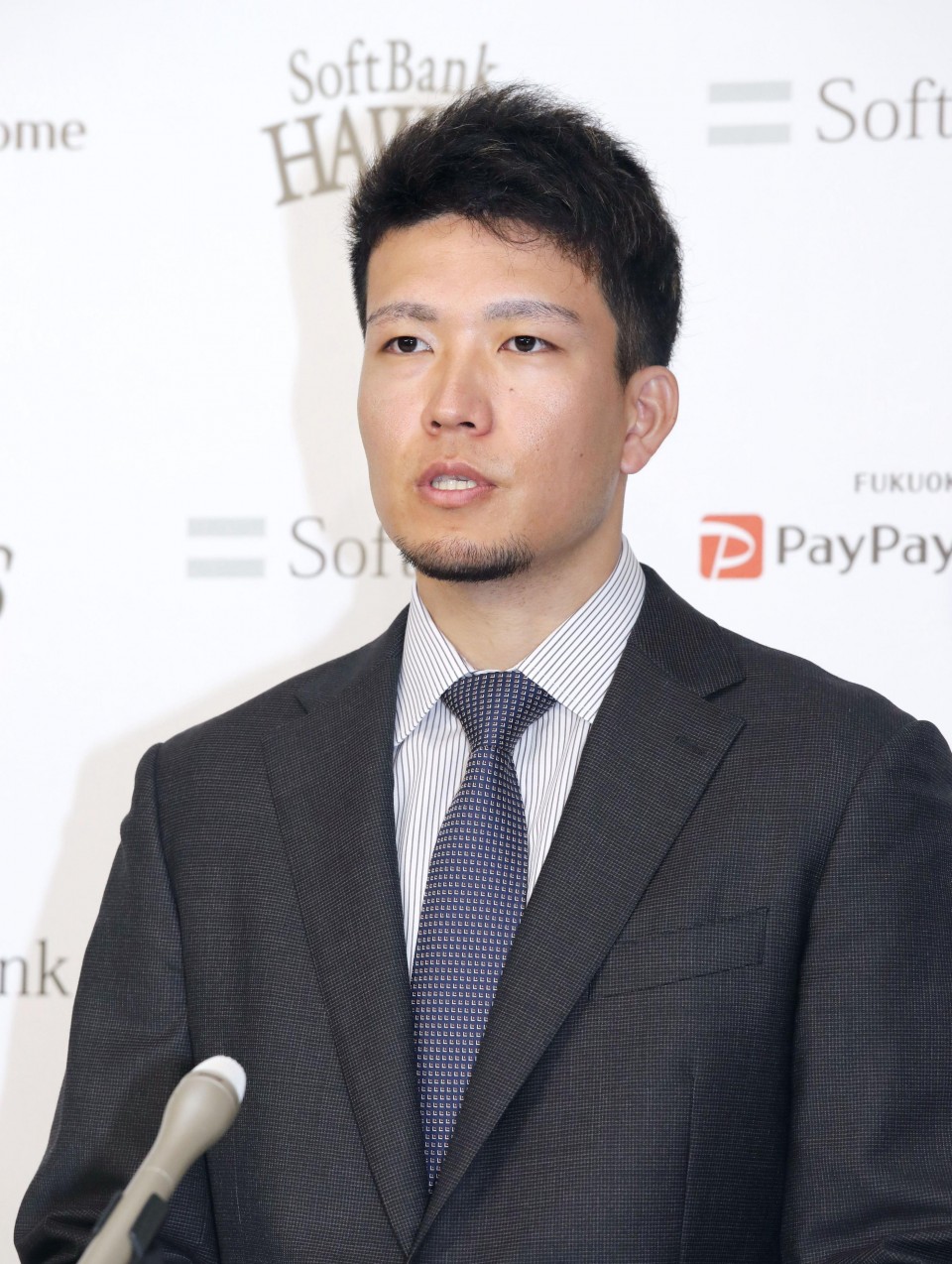 Kodai Senga of the SoftBank Hawks speaks at a press conference in Fukuoka, southwestern Japan, on Dec. 5, 2021. (Kyodo)

"I received a good evaluation and a figure that brings with it a sense of responsibility," said Senga, who spent most of the preseason rehabbing only to be sidelined for much of the first half of the season by an ankle injury suffered in his April season debut.

Senga came back to pitch for Japan's gold medal-winning Tokyo Olympic team and won nine games after the Olympic break to finish with 10 wins, the sixth straight season he has won 10 or more games.

Barring serious injury, Senga should be able to amass the service time needed next season to file for international free agency. For years, he has pleaded with the Hawks to let him move via the posting system but has been turned down every time.

"As a ballplayer, it's essential to live my life always aiming higher," he said. "My thinking on that has not wavered."

"This was a big year for me. (Next year) I want to blow past all the numbers I've managed up to this point."