Popular Japanese stage and voice actress Sayaka Kanda was cremated Tuesday, three days after her fatal fall from a high-rise hotel in Sapporo, with her celebrity parents mourning their 35-year-old daughter at a crematorium in the northern city.

Actor Masaki Kanda, 71, and singer Seiko Matsuda, 59, stood side by side dressed in funeral attire as they briefly spoke with the press after the cremation of their only child. The couple divorced when Sayaka Kanda, who voiced the character of Anna in the Japanese dubbed version of Disney's blockbuster animated film "Frozen," was 10 years old. 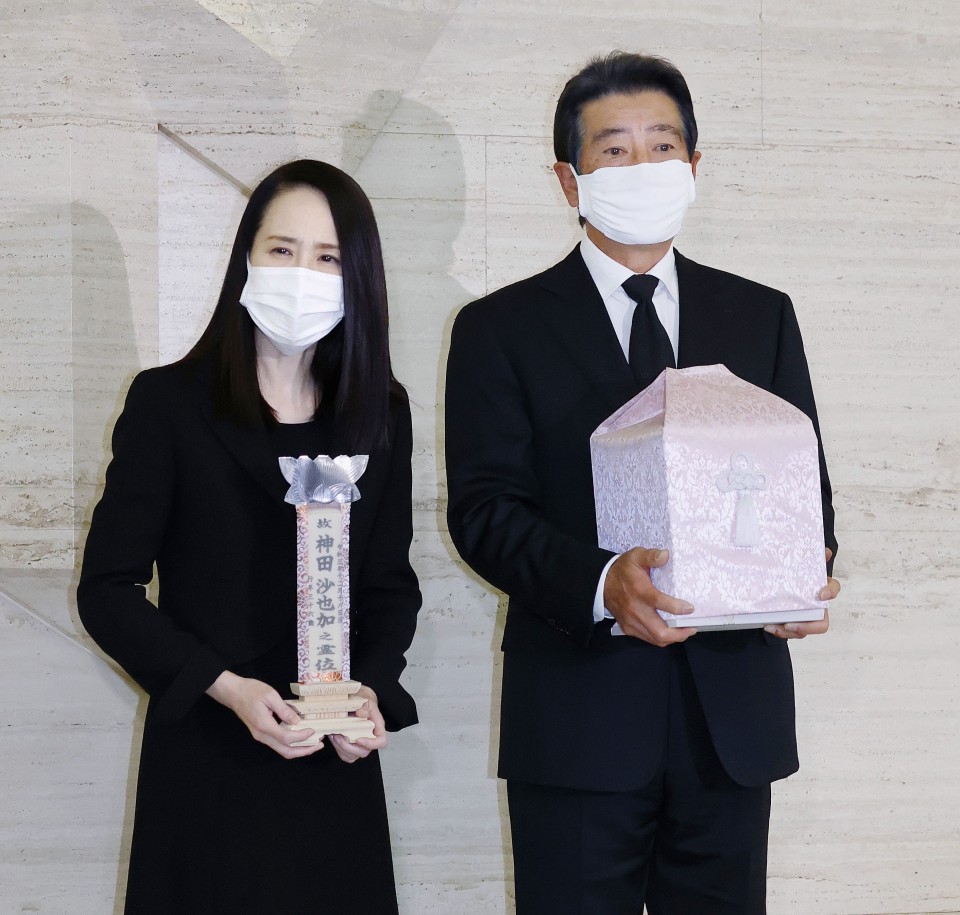 "We said goodbye (to her), and only closest family members attended," said Kanda, holding an urn containing his daughter's ashes. In a trembling voice, Matsuda thanked the press for gathering despite cold weather. They then bowed deeply and left.

Kanda did not show up for her performance in the musical "My Fair Lady" at a Sapporo theater on Saturday afternoon and was found lying in an outdoor space on the 14th floor of the 22-story hotel where she was staying, located close to the theater. She was later confirmed dead at a hospital.

Police have ruled out foul play and believe the actress committed suicide or fell accidentally.

Kanda's agency L'aube Inc. on Tuesday thanked fans for their support on its official website, saying, "We solemnly accept our responsibility for not being able to protect Kanda."

Kanda, who had been acting in musicals since around the age of 20, married in 2017 but divorced two years later.

Toho Co., the producer of the musical "My Fair Lady," announced Tuesday that shows from Saturday through Jan. 28 nationwide will be performed by an alternative cast starring Manato Asaka. Shows in Sapporo on Sunday and Monday were canceled following Kanda's death.

Toho, on the musical's website, paid their respects to Kanda, praising her contributions to the Japanese entertainment industry.

It remains to be seen if Matsuda will participate in this year's "Kohaku Uta Gassen" song festival aired by public broadcaster NHK on New Year's Eve.