Chinese company SenseTime Group Ltd. said Monday that it has postponed its initial public offering in Hong Kong, as the United States has decided to add the major artificial intelligence firm to an investment blacklist.

The latest decision came in consideration of investors, said SenseTime, known for its image recognition technology. 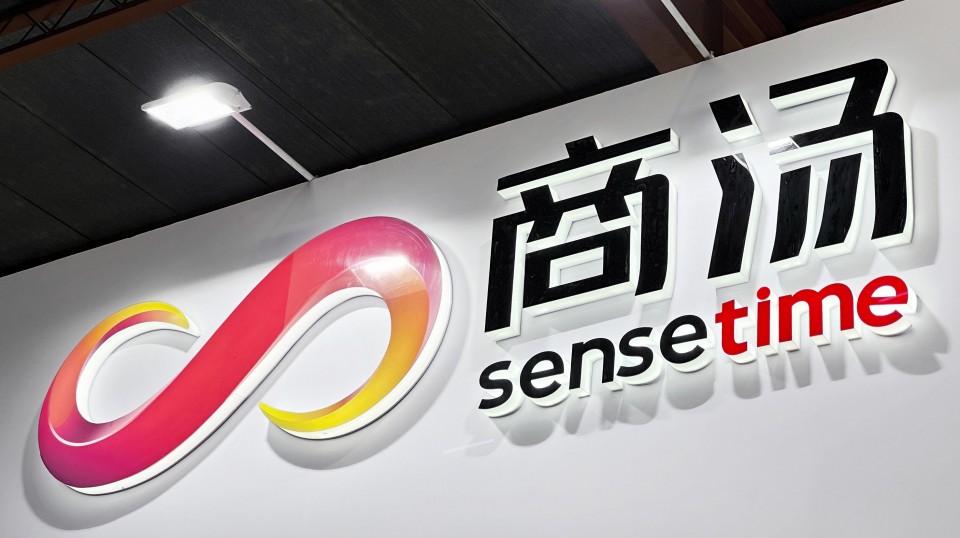 Photo taken in May 2021 in Beijing shows a logo of SenseTime Group Ltd. (VCG/Getty/Kyodo)

Shares of the company, which has been developing self-driving technology with Japan's Honda Motor Co., were supposed to start trading on Friday on the Hong Kong Stock Exchange.

Late last week, the U.S. Treasury Department announced financial sanctions on 15 individuals and 10 entities for their alleged involvement in human rights abuses and repression in countries including China, Myanmar and North Korea.

It also imposed a restriction on investments in SenseTime, accusing the firm over the development of facial recognition programs used to identify Muslim Uyghur minorities facing oppression under the Chinese Communist-led government.

Chinese Foreign Ministry spokesman Wang Wenbin told reporters on Monday that U.S. sanctions are "based on false information," while pledging that Beijing will "definitely" take countermeasures against the administration of President Joe Biden.