Princess Aiko, the only child of Emperor Naruhito and Empress Masako, went through official ceremonies Sunday to mark her coming of age as she was awarded the Grand Cordon of the Order of the Precious Crown at the Imperial Palace.

The princess, who became an adult member of the imperial family when she turned 20 last Wednesday, also visited sanctuaries that enshrine the family's ancestors and Japanese gods earlier in the day to offer prayers. 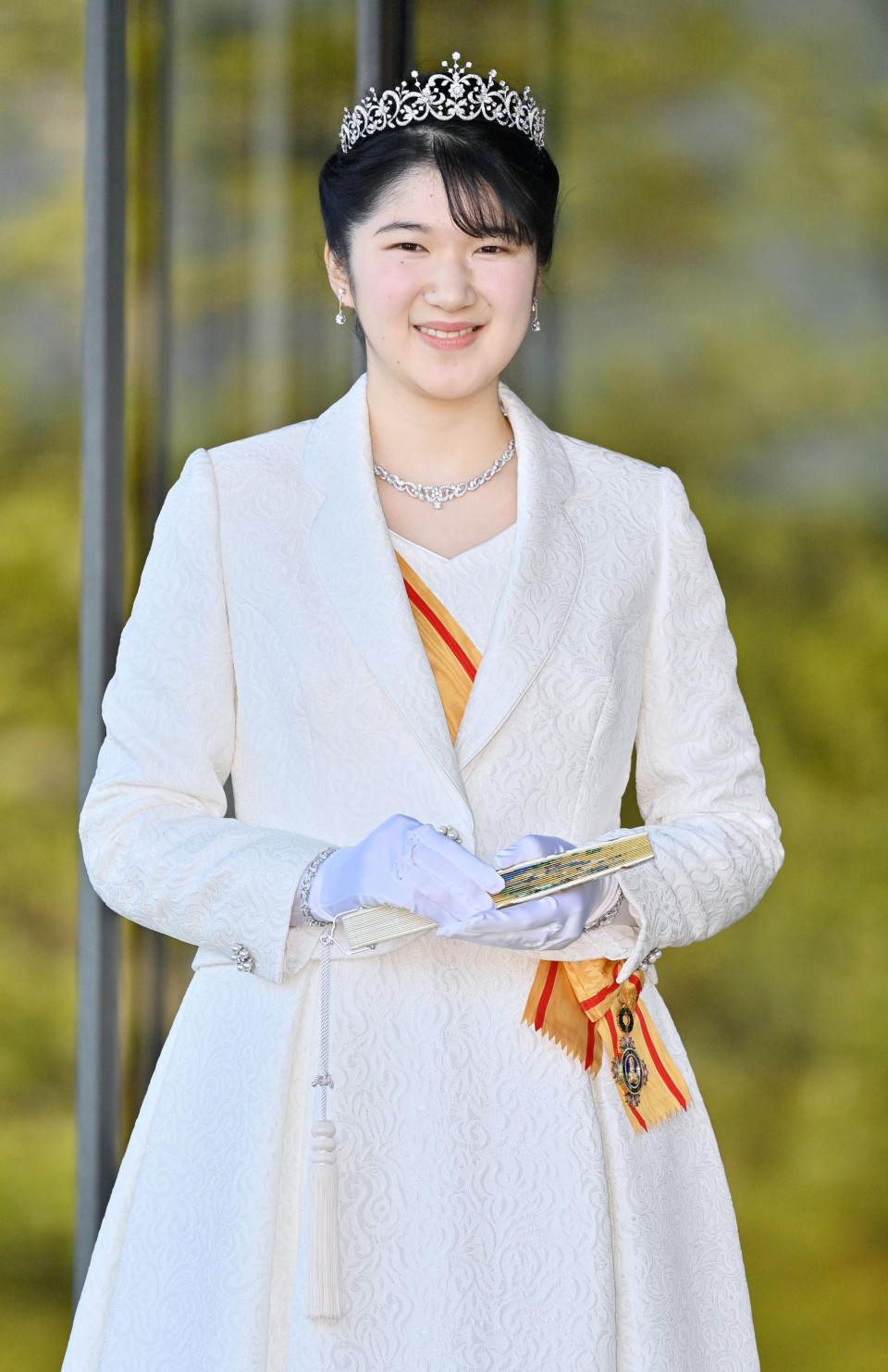 Japanese Princess Aiko is pictured as she attends official ceremonies to mark her coming of age on Dec. 5, 2021, at the Imperial Palace in Tokyo, wearing a tiara borrowed from her aunt Sayako Kuroda. The princess turned 20 years old on Dec. 1. (Pool photo) (Kyodo) ==Kyodo

Dressed in formal wear, the princess stood straight and tall as she received the medal from her father while under his warm gaze, according to the Imperial Household Agency.

Later in the day, having changed into a long white gown, the princess greeted her parents. She completed the outfit with a tiara borrowed from her aunt Sayako Kuroda, the emperor's sister who left the imperial household upon marriage to a commoner in 2005.

She decided not to create a new tiara in light of the coronavirus pandemic, according to the agency.

After greeting her parents, the princess made an appearance in the palace for a photo session with the press, saying "thank you" in response to congratulations.

The princess then went to greet her grandparents, former Emperor Akihito and former Empress Michiko, who currently reside at Takanawa Imperial Residence in Tokyo.

She smiled and waved from inside the car to over 200 people who had gathered along a nearby roadside to congratulate her.

Princess Aiko's coming-of-age ceremonies were pushed back to the weekend to avoid disrupting her classes at Gakushuin University in Tokyo, where she is currently studying Japanese literature.

On her birthday, she celebrated by having a meal with her parents after receiving well-wishes from aides at the palace. A customary coming-of-age press conference has been postponed to mid-March when the university is on spring break.

Princess Aiko, who is not eligible to ascend the Chrysanthemum Throne as the 1947 Imperial House Law limits heirs to males, is scheduled to appear before the public for the first time as an adult member of the imperial family on New Year's Day to greet well-wishers gathered at the Imperial Palace in central Tokyo.

In Japan, 20 is the legal age of adulthood at present, but it will be lowered to 18 from next April.