80% of arts professors, awards judges in Japan are male: survey

At least 80 percent of fine arts professors at universities, and film and theater awards judges in Japan are male, according to a survey released Thursday by an arts organization, highlighting the gender imbalance in the field.

An average of 73 percent of students in faculties of fine arts at 15 major art universities were female, while 87 percent of professors, 73 percent of associate professors and 72 percent of lecturers were male, according to the survey conducted by the Investigation Team for the Arts, which supports gender equality in the field. 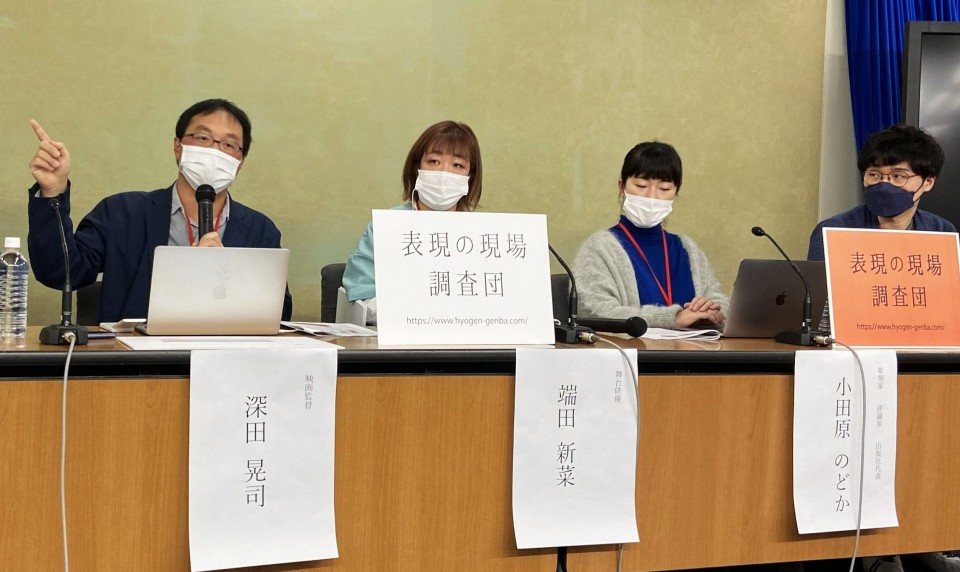 Movie director Koji Fukada (far L) speaks at a press conference held by the Investigation Team for the Arts in Tokyo on Dec. 9, 2021. (Kyodo)

"In the first place, the gender ratio of film crews is imbalanced," movie director Koji Fukada, whose 2016 film "Harmonium" won a prize at the Cannes International Film Festival, said at a press conference. "We should not only rely on individuals but have a social system that creates a better workplace."

In the U.S. film industry, Hollywood has seen its own share of gender inequality and sexual harassment problems.

Powerful producer Harvey Weinstein was first indicted in 2018 after allegations emerged he sexually assaulted multiple women in the industry over the course of several years, causing the #Me Too social media movement denouncing sexual harassment to gain momentum worldwide.