Japanese entrepreneur Yusaku Maezawa arrived at the International Space Station aboard a Russian Soyuz spacecraft launched from Baikonur Cosmodrome in Kazakhstan on Wednesday, becoming the first Japanese civilian to stay on the space station.

The Soyuz spacecraft carrying the 46-year-old founder of major online fashion retailer Zozo Inc. lifted off at 12:38 p.m. and docked with the ISS after a six-hour journey, with Maezawa due to stay for 12 days until Dec. 20.

Maezawa expressed his joy and amazement upon his arrival at the station. "There really is space," he said during his communication with Earth shortly after entering the ISS. 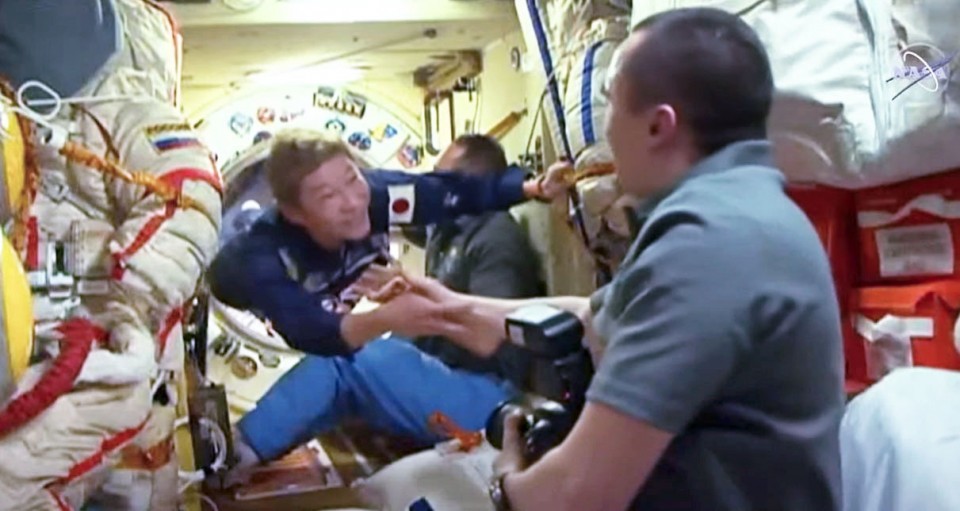 He had undergone training for about 100 days and passed the final exam required to travel to the ISS in November.

The billionaire businessman is the first Japanese on a commercial space flight in 31 years, after Tokyo Broadcasting System Television Inc. reporter Toyohiro Akiyama in 1990, and will be the 10th civilian to stay on the ISS. 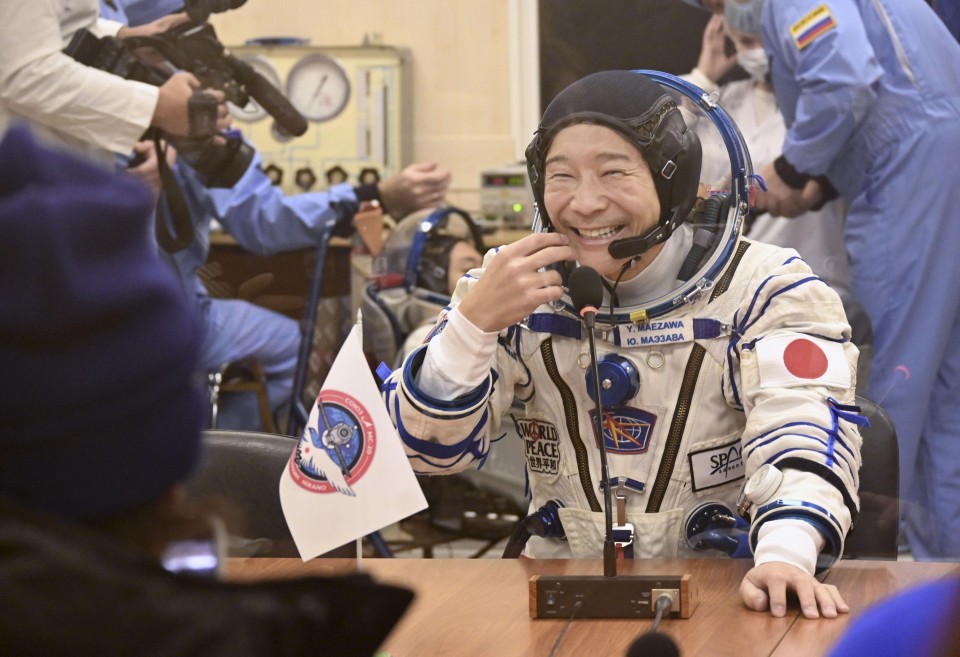 Japanese billionaire Yusaku Maezawa is pictured at the Baikonur Cosmodrome in Kazakhstan on Dec. 8, 2021, ahead of his flight to the International Space Station. Maezawa, his assistant Yozo Hirano and Russian cosmonaut Alexander Misurkin will travel aboard a Soyuz spacecraft later in the day, with the 46-year-old founder of online fashion retailer Zozo Inc. scheduled to stay on the ISS for 12 days. (Kyodo) ==Kyodo

The space travel industry is growing, led by American companies, with civilians who have taken off outnumbering astronauts this year. Maezawa has indicated his space travel costs would total about 10 billion yen ($88 million).

Under a contract with U.S. space travel company Space Adventures Inc., Maezawa headed to the ISS with his manager Yozo Hirano, 36, and Russian astronaut Alexander Misurkin. 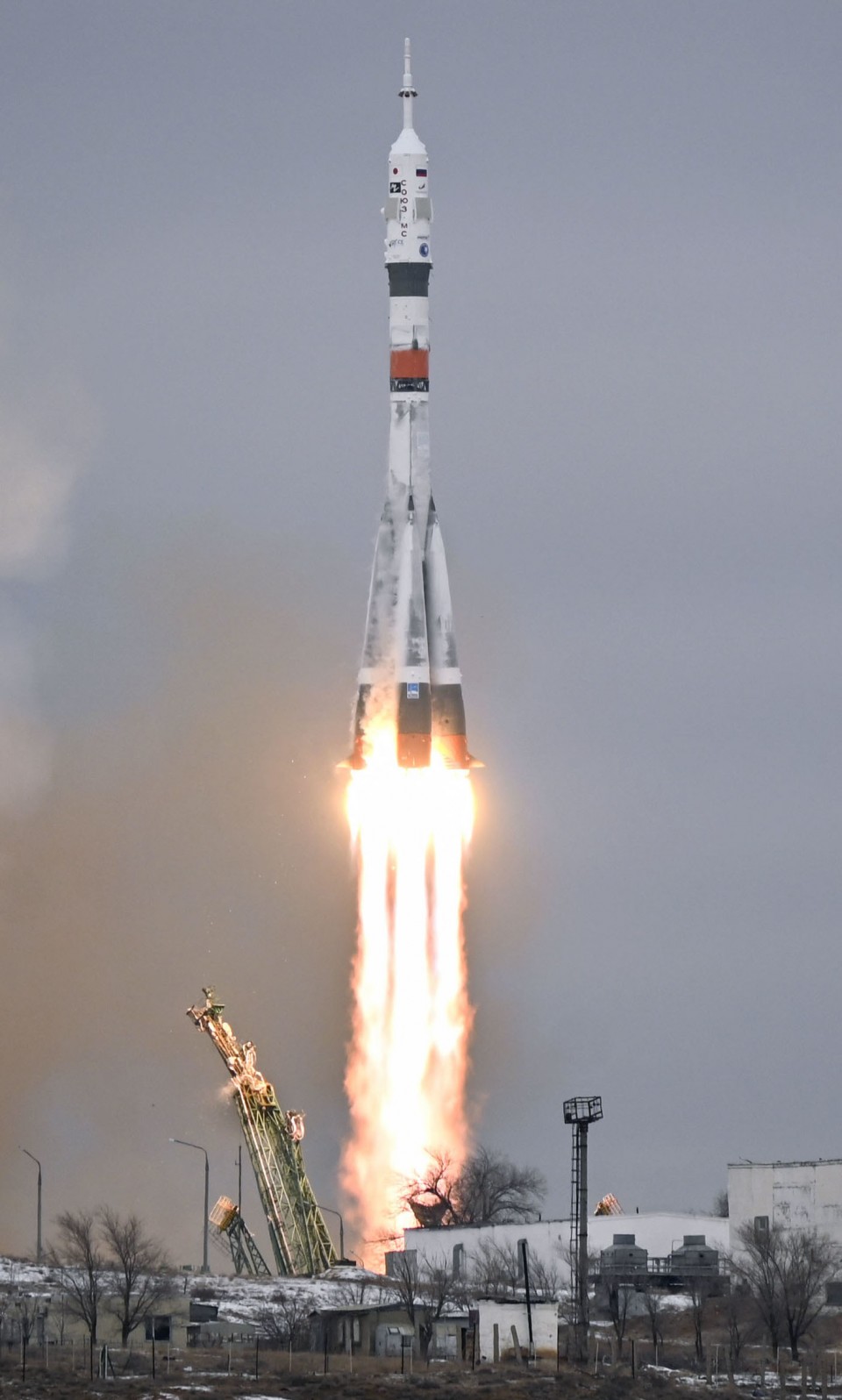 Maezawa, who has said he dreamed of traveling to space, plans to upload videos on YouTube on 100 things he will do in space, including flying paper airplanes and playing badminton with an astronaut. The entrepreneur had asked people to submit ideas for what he should do.

The Japanese businessman will also participate in Russian medical experiments.

"As I prepare to launch, I am excited to share every aspect of my journey with everyone on Earth," Maezawa said prior to liftoff, according to Space Adventures.

Maezawa said he aims to use the journey as a stepping stone for his planned orbit of the Moon with U.S. firm SpaceX in 2023, in what will be the first such trip organized by a private company.

"I also see this trip as an opportunity to ready myself to be the best host possible when I, and eight talented crewmates from around the world, embark on the first civilian mission around the Moon in 2023," he said.