Japan winger Junya Ito set up the opener before netting his fourth goal of the season on Sunday as Genk eased to a 4-0 away win over Oostende in the Belgian top-flight.

Ito showed plenty of pace for Genk's first goal, sneaking into the box down the right before his cross found Ike Ugbo to score from close range in the sixth minute.

He got on the scoresheet six minutes later for the team's second, beating the offside trap to control a long diagonal ball with his chest before finding the right bottom corner with a crisp left-footed half-volley. 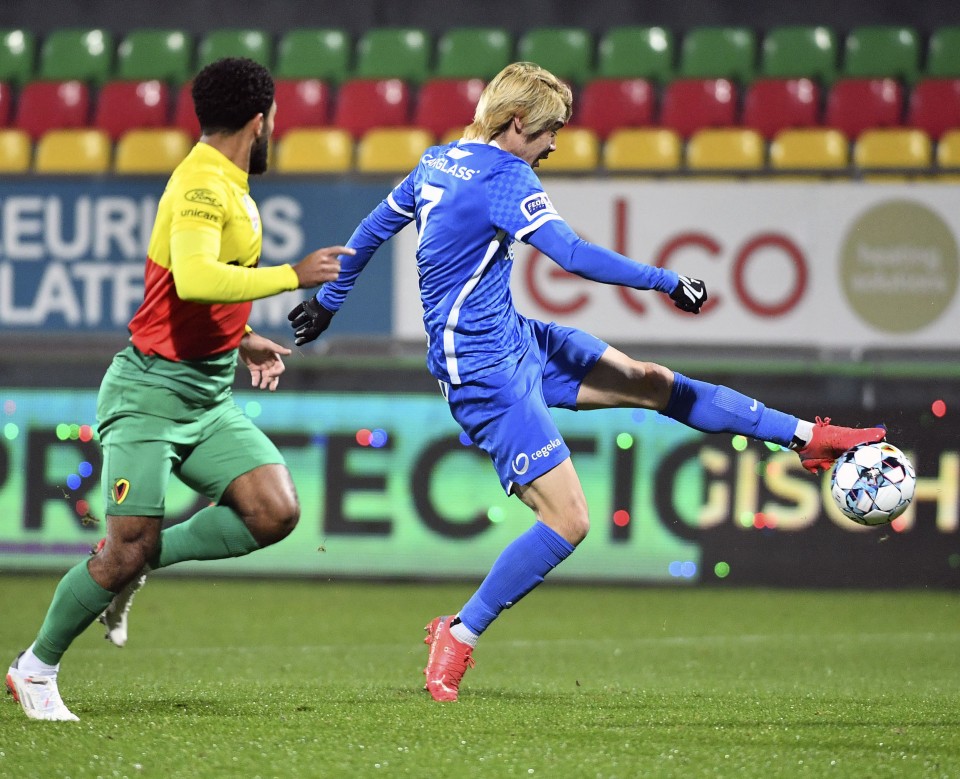 In England, Tomiyasu sat out Arsenal's 5-0 win at Norwich after the defender tested positive for the virus along with teammates Cedric Soares and Ainsley Maitland-Niles.

Bukayo Saka scored a double as the Gunners won their fourth in a row in the Premier League. Their home game on Tuesday against Wolverhampton is postponed due to a number of the visitors' squad testing positive for COVID.

In Scotland, Furuhashi started the game a week after his League Cup final heroics but lasted only a quarter of an hour as he came off holding his right thigh. Liel Abada scored a brace as Celtic won 3-1.

Furuhashi had also come off injured on Dec. 9 during a Europa League tie against Real Betis.

Celtic's next game is scheduled for Jan. 17 at home against Hibernian.

"On Kyogo, we'll wait and see but we have a break now so I don't think it's anything serious," manager Ange Postecoglou said on their website.

"He wanted to give it a go today, but we knew not to over risk it, so he felt it a bit and thought we would take him off."