Japan's Reira Iwabuchi returned to the top of the big air snowboarding World Cup podium for the first time in two years Saturday, dominating the second and final event of the season at Colorado's Steamboat resort. 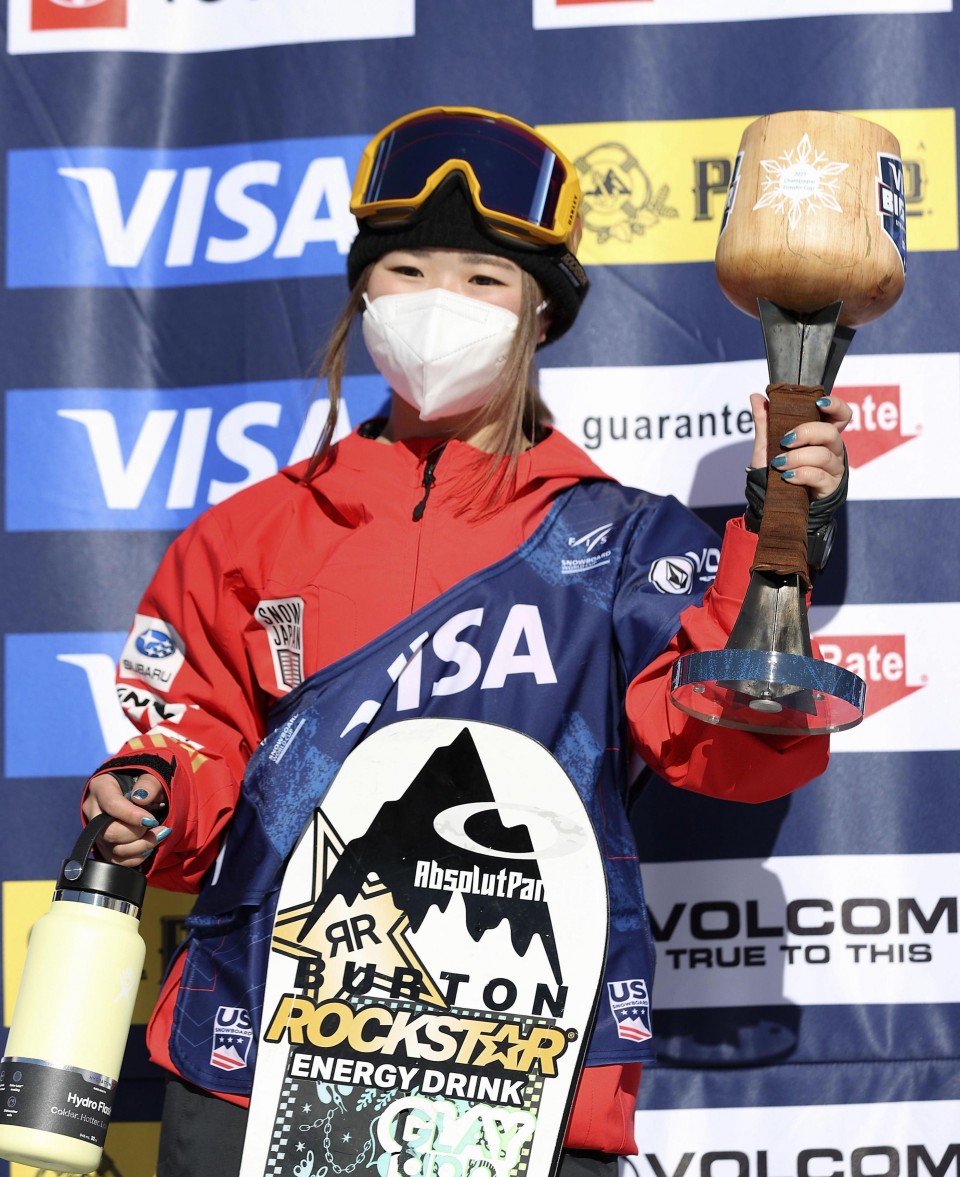 Reira Iwabuchi of Japan celebrates on the medals podium after winning the women's snowboard big air title at a World Cup event on Dec. 4, 2021 in Steamboat Springs, Colorado.(Getty/Kyodo)

Her nearest challenger, Austria's Olympic champion Anna Gasser, finished more than 30 points behind on 148.00, with Germany's Annika Morgan a further 15.75 back in third.

Iwabuchi received the highest score of the competition for her third run, on which she landed a huge backside 1260.

"I'm glad I got the backside 1260. It was hard to stay motivated these past two years, being unable to reach the podium. But I'm happy to be back there," Iwabuchi said.