A hospital in Tokyo has successfully conducted Japan's first operation to treat an unborn baby for severe aortic stenosis, a serious heart disease, the hospital said.

The baby, who underwent the surgery in July this year when the mother was 25 weeks into pregnancy, has been born and is making good progress, the National Center for Child Health and Development said earlier this month. 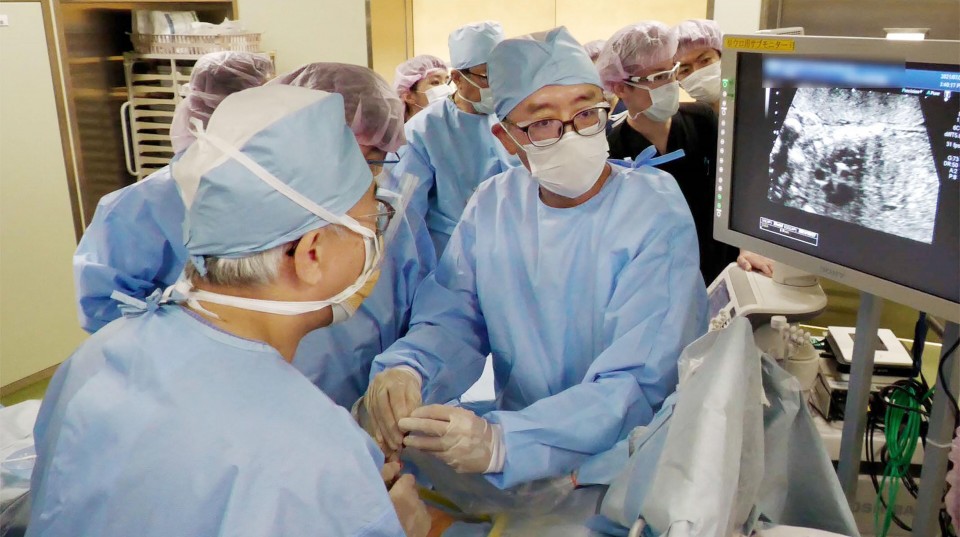 Supplied photo shows a team of doctors conducting surgery for an unborn baby to treat a serious heart disease in Tokyo in July 2021. (Photo courtesy of the National Center for Child Health and Development)(Kyodo)

The disease occurs when valves between the left ventricle, which pumps bloods to the entire body, and the aorta narrow, reducing or blocking blood flow. In severe cases, the disease can be life threatening.

According to the hospital, which also consists of a research institution, the baby could have received surgery after birth, but it often becomes difficult to fully recover due to the effect of the pressure that was exerted on the baby's heart while in the womb.

During the surgery conducted as a clinical study to confirm the safety of the new treatment, doctors undertook detailed monitoring inside the mother's stomach with ultrasound and inserted a catheter into the baby's heart.

The doctors used a balloon attached to the catheter to widen the valve, it said.

"Though there is a limited number of diseases subject to fetal treatment, it is very significant that such treatment became possible for a congenital heart disease," said Haruhiko Sago, the deputy director of the hospital who conducted the surgery.

According to the center, the disease is rare, seen in only three or four out of 10,000 newborn babies.

The center plans to increase the number of such surgeries to treat the disease.

A similar surgical operation for unborn babies has been conducted successfully in Europe and the United States, the hospital said.