A railway connecting Laos and the Chinese border was launched Friday amid concerns that the large amount of debt the Southeast Asian country owes China for the project could force it to give up concessions.

Laos is banking on the economic benefits its first long-distance railway will bring through greater trade, while China hopes its marquee infrastructure project under its Belt and Road Initiative will eventually extend to Thailand, Malaysia and Singapore, and create a land-based route to the Indo-Pacific. 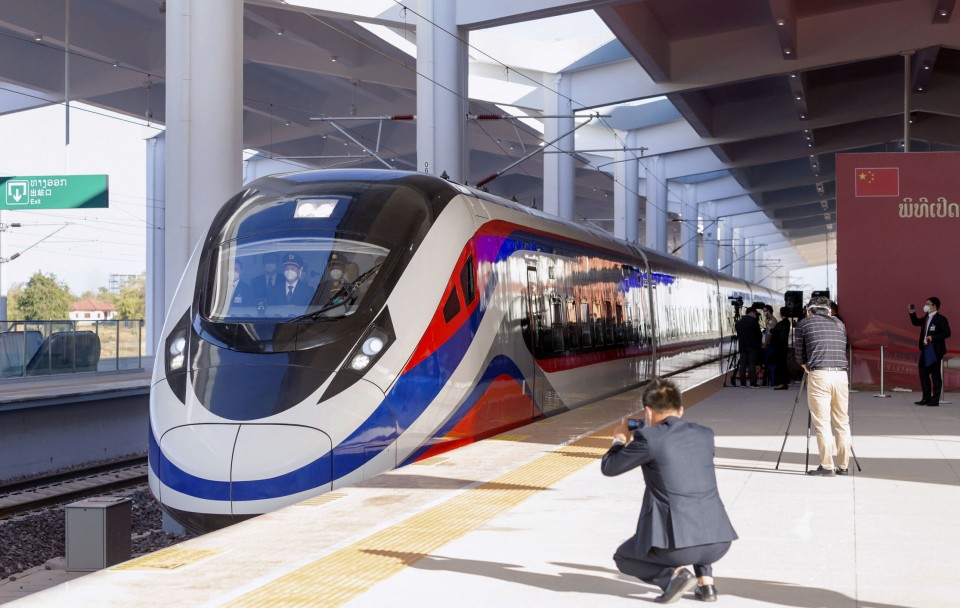 A train is pictured in Vientiane, Laos, as a Chinese-built railway that connects the Lao capital to the Chinese city of Kunming opens on Dec. 3, 2021. (Kyodo) ==Kyodo

The 414-kilometer, single-track railway connects the Laotian capital Vientiane with Boten on the northern border with China. The route eventually leads to Kunming in the southwestern Chinese province of Yunnan, covering about 1,000 km in distance.

The new railway offers both passenger and freight services, with six of the 10 planned passenger stations initially opened. The electric trains on the track can go as fast as 160 km per hour, linking Vientiane and Boten in about three hours. The track passes through 75 tunnels that have a combined length of some 197 km.

Construction ran for over four years from late 2016 after a formal agreement between the governments of Laos and China in 2015. It was built at a cost of about $5.9 billion, about $3.5 billion of it borrowed from the Export-Import Bank of China.

Laos-China Railway Co., a joint venture 70 percent owned by China and the remainder by Laos, built the railway. It also has the right to operate the railway for the concession period of 50 years. After that, the Lao government will take over.

Given most of the costs were borne by China, Laos's dependence on China is likely to increase. That has led to concerns about the "debt trap" in which recipient countries of Chinese investment are saddled with loans they cannot repay.

Laos remains one of the poorest countries in Asia. 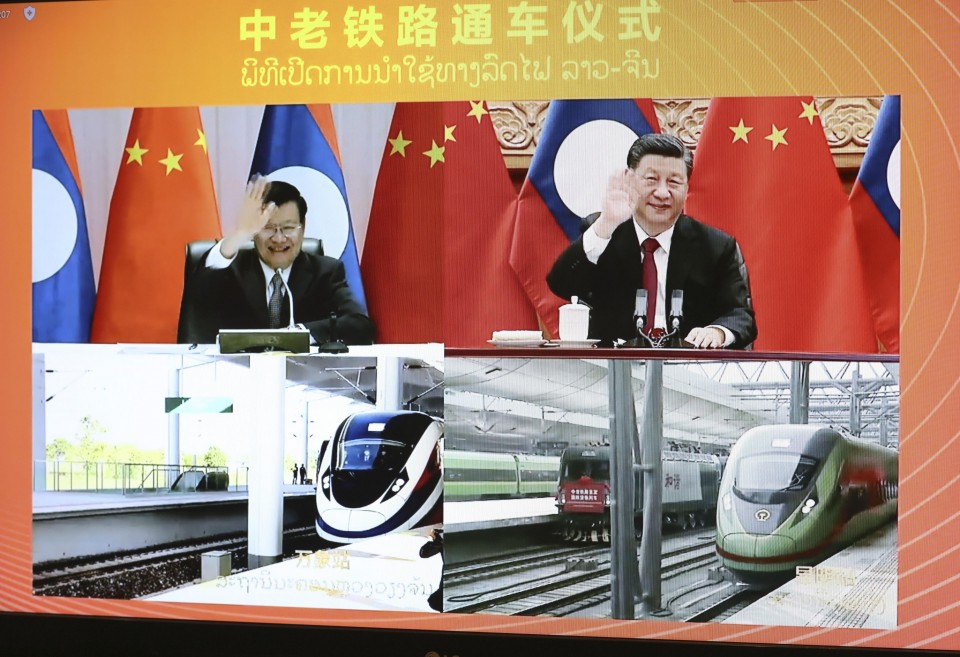 In his remarks, Thongloun touted the occasion as a historic moment for the people of Laos.

The first run on the track was made from Vientiane on Friday afternoon with senior government officials and diplomats on board. A train also left Kunming on the Chinese side.

Full passenger service between Vientiane and Boten is slated to begin on Saturday.