Matsui clocked 34.04 seconds to pip Morishige by 0.05 in the third World Cup meet of the Olympic season. Yuma Murakami came fifth and Tatsuya Shinhama sixth at the same distance.

Matsui's best-ever finish before the meet was a third from two seasons ago, while an eighth was his best this term before the 24-year-old sprung to life at Utah Olympic Oval. 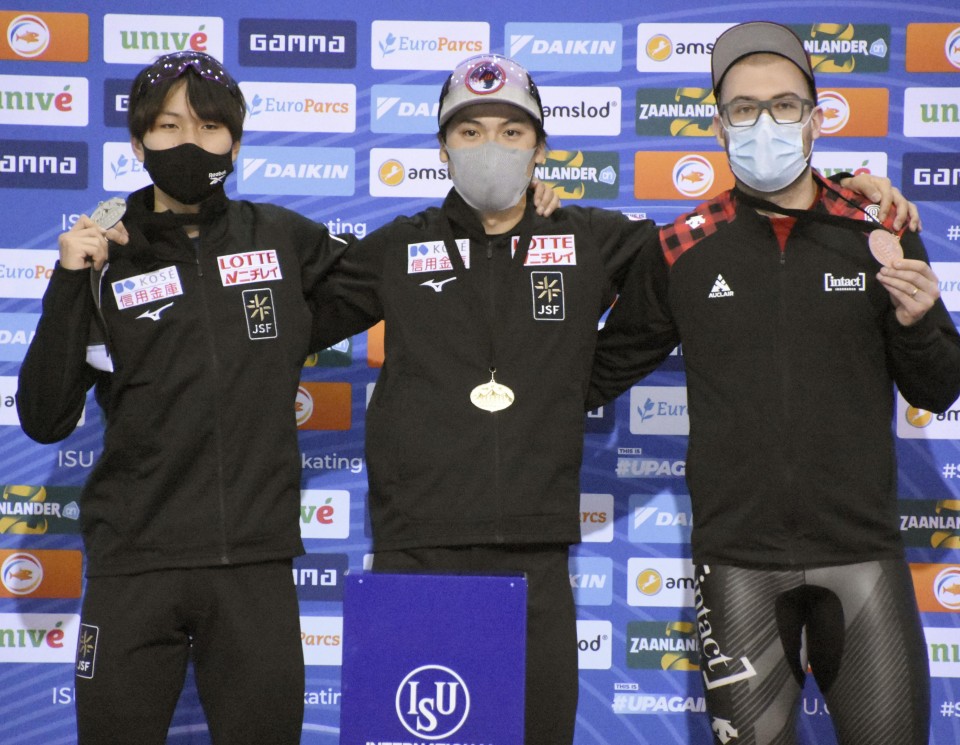 Following a strong first 100 meters, Matsui raced to his strengths with low positioning of his body and movement around the corner to retain the pace.

"I'm overjoyed. I had no idea how many inroads I could make (for the title), but I got to see that I can definitely cut it," Matsui said. "That was the biggest thing to take from the race."

With the Beijing Winter Games looming large, Matsui's decision to continue his usual work on the training rink has borne fruit as he shed his personal best by 0.20.