Tokyo and Washington are in the final stage of negotiations to set the amount of so-called host nation support for five years from the next fiscal year starting April. 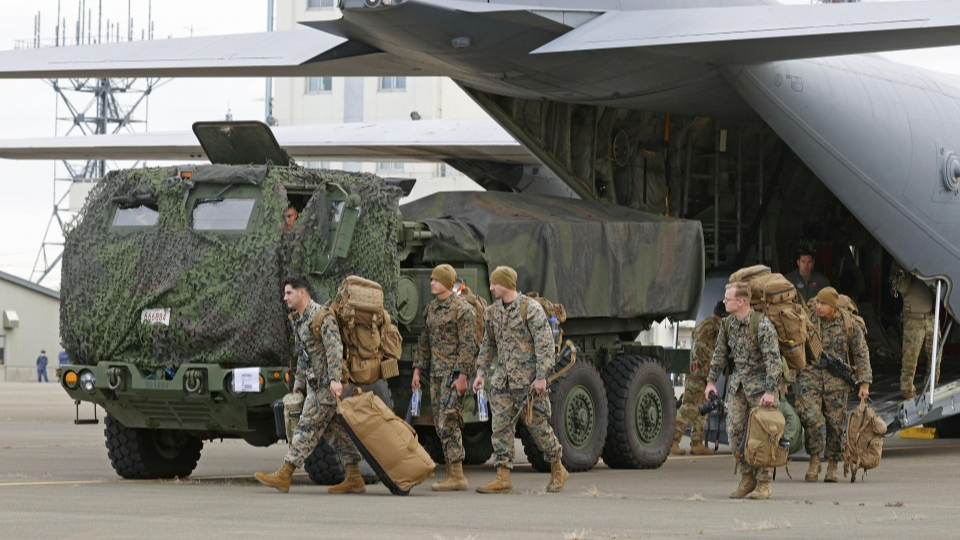 The Japan Ground Self-Defense Force and the U.S. Marine Corps conduct joint training in the Aomori Prefecture city of Hachinohe, northeastern Japan, on Dec. 7, 2021, based on the scenario that an approaching vessel is posing a threat. (Kyodo) ==Kyodo

The administration of President Joe Biden has asked the Japanese government to shoulder more of the costs of stationing U.S. forces in the country to strengthen the countries' long-standing security alliance at a time of Chinese military expansion.

The host nation support for the current fiscal year through March is 201.7 billion yen.