An auto parts subsidiary of Japan's Hitachi Ltd. on Wednesday admitted to inspection lapses, including cheating in quality tests on brake and suspension systems, with the practice spanning from around 2000 through October this year.

Hitachi Astemo Ltd., a joint venture with Honda Motor Co. established this year through a merger of four suppliers, said the inspection misconduct affected about 57,000 braking system parts. The components were manufactured in Yamanashi Prefecture, west of Tokyo. 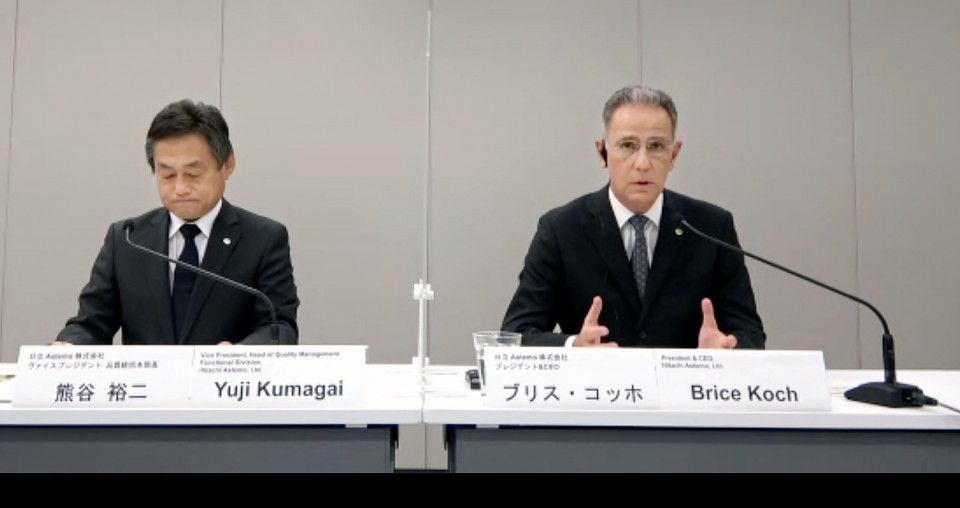 About 10 million substandard suspension system parts, manufactured in Fukushima Prefecture, northeastern Japan, were also shipped, according to the Tokyo-based car parts maker with 145 production bases around the world, including in the United States, Europe, and China.

The products in question were delivered to 16 automakers and motorcycle manufacturers in the country and abroad, including Toyota Motor Corp., Nissan Motor Co., Honda Motor Co. and Mazda Motor Corp.

Hitachi Astemo said in a statement that it has so far not found any safety problems in the affected products.

The company's President and CEO Brice Koch apologized during an online press conference Wednesday for employees' lack of awareness about the importance of inspections, citing poor internal communication and understaffing as causes.

The latest case follows similar misconduct at other Hitachi group companies such as Hitachi Metals Ltd. as well as former Hitachi Chemical Co., which was bought by Showa Denko K.K.

Automakers including Toyota and Mazda that confirmed receiving substandard parts said they had independently verified the safety of the products and dismissed the need for recalls.

Hitachi Astemo confirmed some of the inspection lapses had taken place at its Yamanashi plant between December 2020 and January 2021, and at the Fukushima plant in July 2021, after receiving reports from employees.