FEATURE: Murder mystery games a hit in China but Japan missing the fun

In the quiet suburban streets of Kami-Ikebukuro in Tokyo stands a three-story house that looks no different from the rest. Inside, however, youths wearing historical Chinese costumes are absorbed in trying to solve a murder.

Welcome to the world of murder mystery games, where players sit around a table with a notepad and a pen in hand, trying to reason their way through a carefully woven script to find the culprit sitting among them. 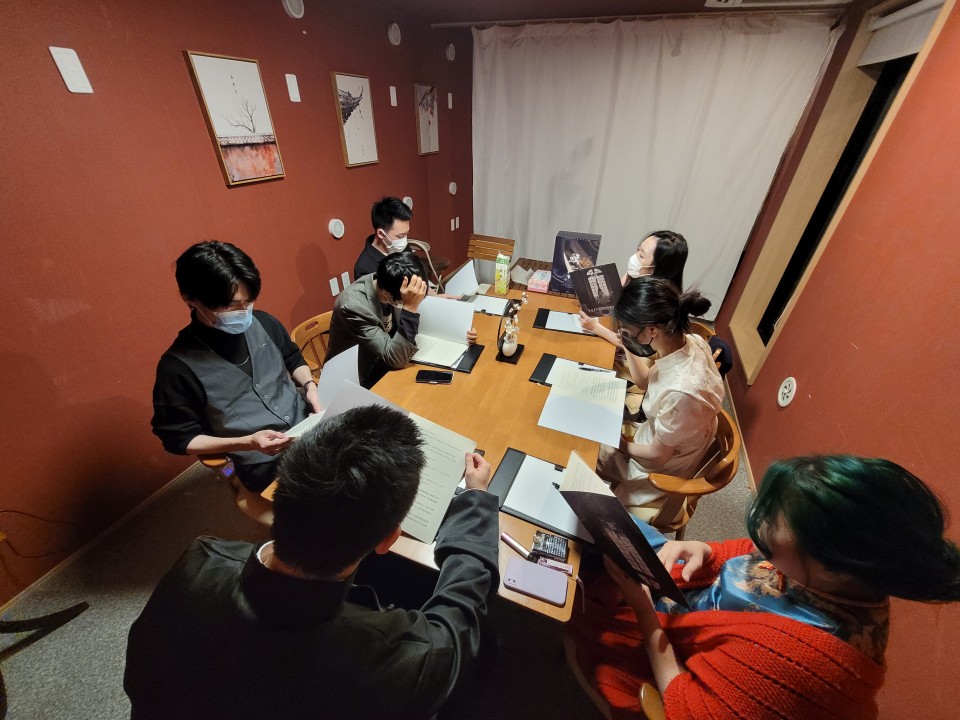 Players at Poju Murder Mystery work their way through a script while dressed according to their assigned characters. (Kyodo)

Poju Murder Mystery, which caters primarily to the Chinese diaspora in Tokyo, specializes in "immersive jubensha," a more involved version of the games where players dress up as their assigned character and watch the business's employees perform certain scenes on their behalf.

"We want players to feel like they are no longer themselves from the moment they step into the room," said the store's founder Zhang Yuexiao. 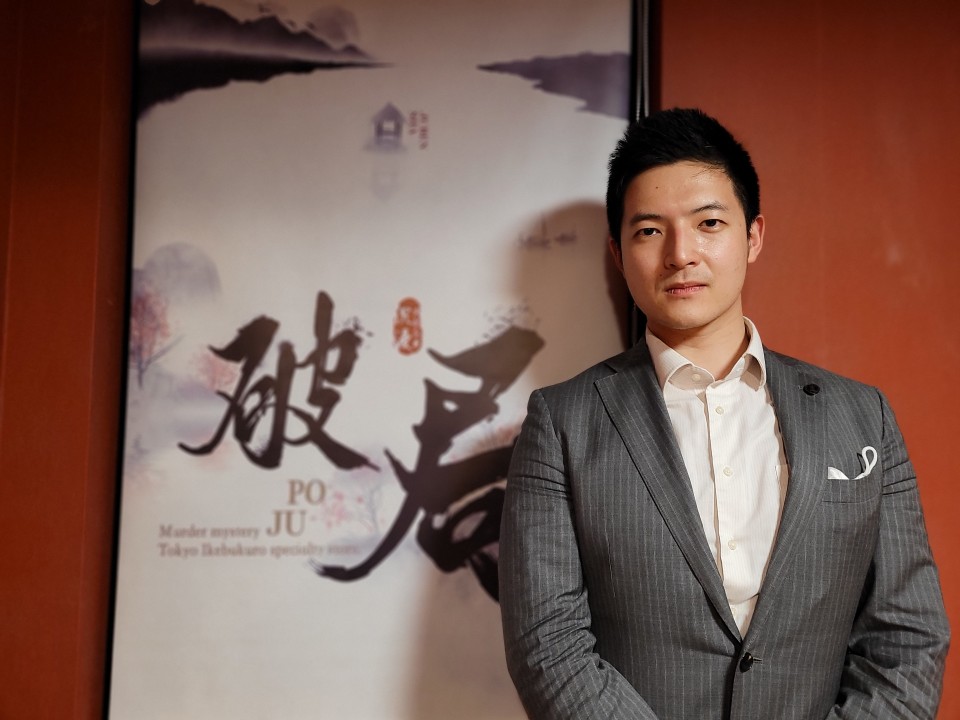 The 28-year-old native of Shanghai, who opened Poju this summer, said that the games' explosive appeal lies in its ability to provide players with a glimpse into another life and, at times, into another era.

"Everyone is walking a decided path in life. But if they can experience something different, it may lead to new ideas and help them understand other people's feelings," Zhang said.

The concept of murder mystery games is not new, with classic deduction games like Cluedo and Werewolf now decades old. But while new incarnations of such games are enjoying a healthy boom in China, there are few signs they will break into Japan's mainstream just yet.

Yoshiya Nishii, who has played around 600 times either as a participant or "game master" -- the name given to the moderator -- since starting in July 2019, said the spread of the games "is hindered by the high level of motivation required to play."

The 44-year-old game developer cites the need for players to have strong literacy and communication skills, as well as the requirement to secure the exact number of people for each script, as among the reasons for the sluggish uptake.

"In a business sense, the games also have a disadvantage in that each can only be played once, making it difficult for even the most dedicated fans to spend more money on it," Nishii added.

Masashi Kawaguchi, founder and owner of Dear Spiele board game cafe in Tokyo's Higashinakano district, said that the spread of the games in Japan was snuffed out by the pandemic before it could really blossom. 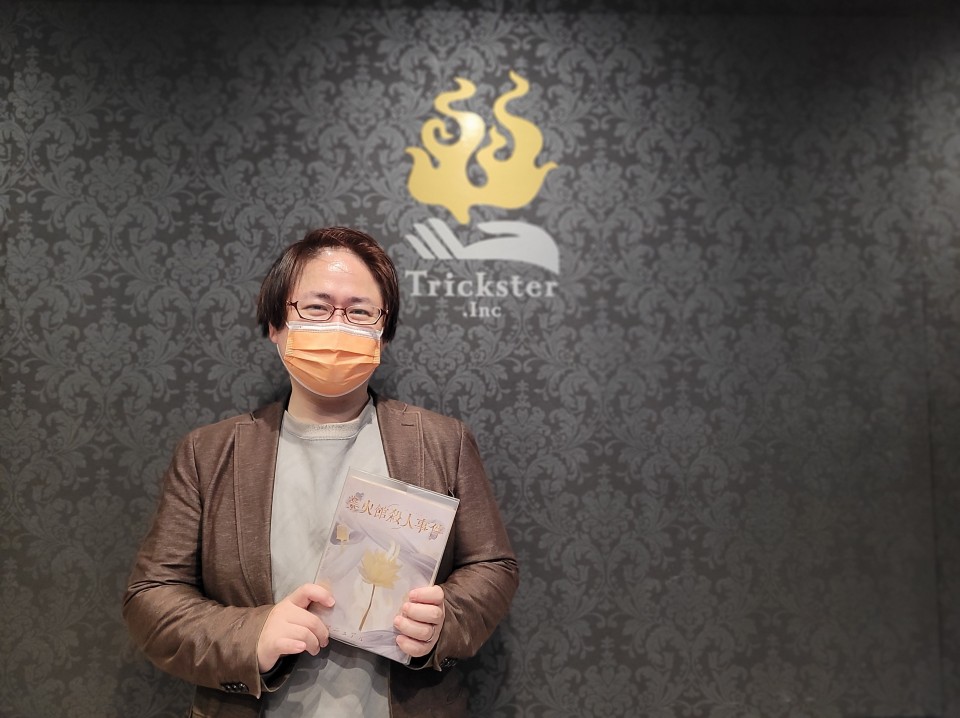 Masashi Kawaguchi, who opened Trickster Inc. in October 2020, holds a Japanese script that can be played at his murder mystery store. (Kyodo)

"If it wasn't for COVID-19, there would have been quite a lot of major companies and people in the entertainment industry interested in the game," he lamented.

Kawaguchi, who first brought murder mystery games into Japan in March 2018 after being introduced to them by a Taiwanese friend, said that it has proven difficult to convince people used to playing online amid the pandemic to shift to in-person games.

"It's a game where people can really enjoy communicating, so those of us in the industry would prefer them to play face-to-face, but it's hard to get online players to come out," said Kawaguchi, who opened Trickster Inc., a specialty murder mystery room, in the Japanese capital in October 2020.

To encourage more people to try murder mystery games, both Kawaguchi and Nishii see live streaming play sessions or broadcasting them on TV as a potential avenue for growth.

Indeed, having a cast of celebrities play could boost the popularity of the games in Japan immensely as the craze didn't really take off in China until variety program "Who's The Murderer" popularized it in 2016.

The games have now become such a popular social activity for Chinese youth that Zhang said Poju has remained fully booked almost every weekend, despite starting operations amid the fifth wave of the pandemic.

"If people stay at home all the time, they start to get a little depressed and desperately want a chance to talk to others," he said.

The markedly different attitudes toward playing in-person may also stem from the tendency for Chinese players to focus on the immersive experience itself rather than mystery-solving, while Japanese players place more importance on the logic of the narrative. 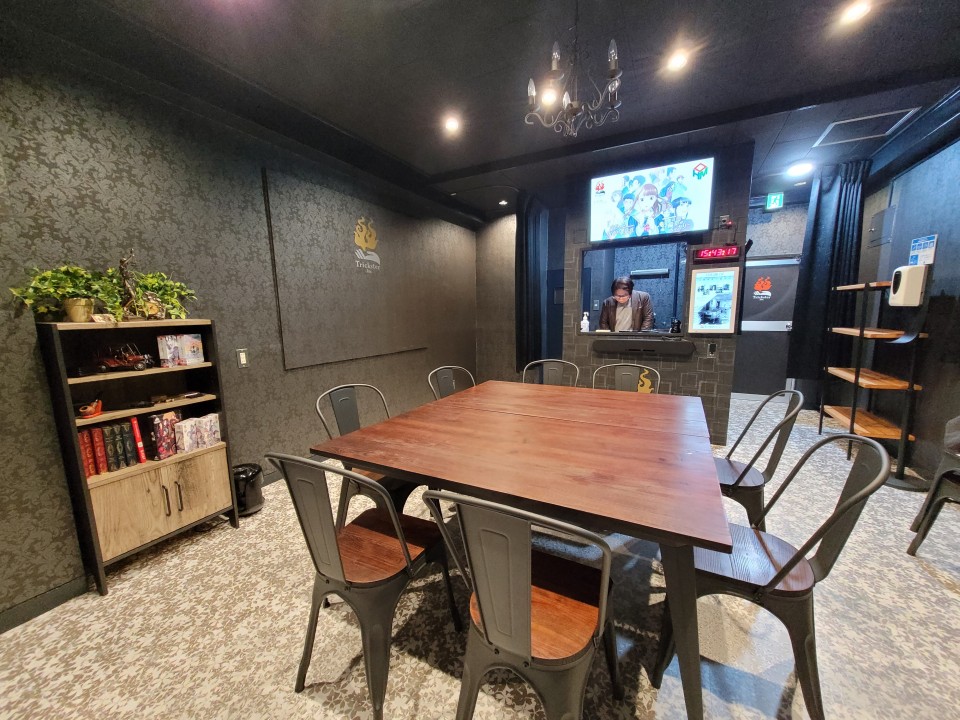 "Japanese people originally saw murder mystery games as deduction games, so they are more concerned about the consistency of the story rather than its level of immersion. I think Japan has a culture of puzzle-solving, and it is very popular nowadays," Kawaguchi said.

Zhang, whose store offers nearly 100 different scripts directly imported from China, agrees that most Chinese players aren't fussed about finding the murderer "as long as they were able to experience intense emotions in the process."

But regardless of what players seek to get out of murder mystery games, Kawaguchi says its unique appeal is that everyone can have fun at the same table.