Nissan Motor Co. unveiled Thursday a prototype of a lunar rover co-developed with Japan's space exploration agency that will employ the automaker's motor control technology to maneuver across the Moon's loose terrain.

The automaker said it aims to make the rover capable of traversing the undulating Moon surface smoothly by applying technology developed for use in its roadgoing electric vehicles such as the Leaf and Ariya. 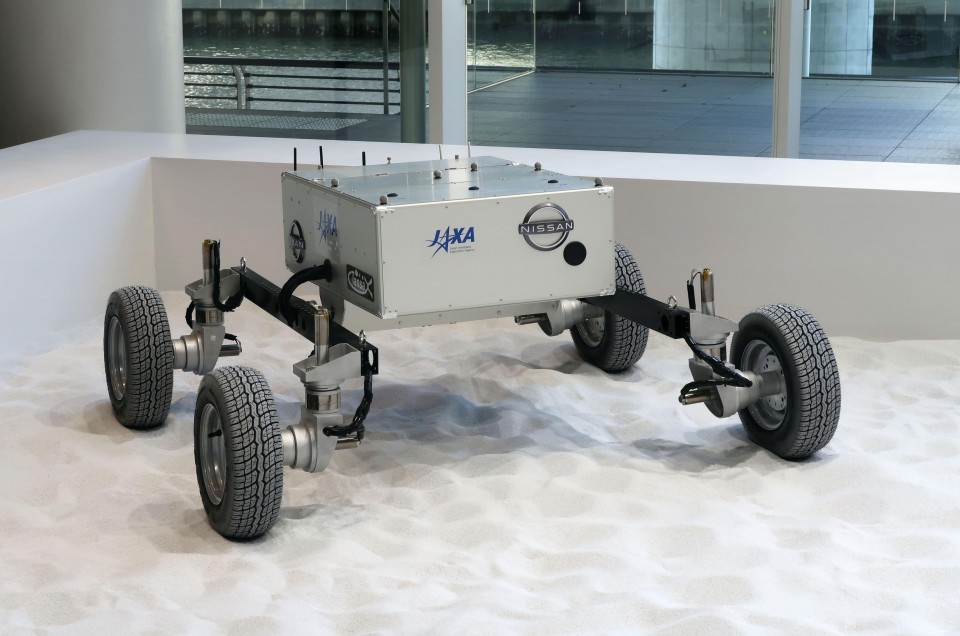 A prototype of a lunar rover co-developed by Nissan Motor Co. and the Japan Aerospace Exploration Agency is pictured in Yokohama near Tokyo on Dec. 2, 2021. (Kyodo) ==Kyodo

The rover, which is expected to be driverless and run on solar power, will likely have specially developed wheels to overcome the challenge of traversing the lunar surface. The timing of the rover's launch has yet to be decided, Nissan said.

Toshiyuki Nakajima, general manager of Nissan's Advanced Vehicle Engineering Department, said the company and the Japan Aerospace Exploration Agency plan to continue joint research on the project for another year, though they still do not know when development will be completed.

Among other automakers collaborating with JAXA, Toyota Motor Corp. has been conducting joint research on a rover to be sent to the Moon in 2029.

Honda Motor Co. has been studying a circulative renewable energy system to provide oxygen, hydrogen and electricity for use in long-term extraterrestrial exploration projects.