More than 400 people called for the eradication of hate crimes Sunday as they denounced an arson attack in August on a settlement of Korean residents in Kyoto Prefecture.

A civic group organized a gathering in the city of Kyoto and online to discuss the attack in the so-called Utoro district, urging judicial authorities to deal with the case firmly to prevent a repeat of similar incidents. A 22-year-old unemployed man has been under arrest in connection with the matter.

"I felt as if my own body was burnt," said Gu Yang Ok, a lawyer who hails from the district in Uji in the western Japanese prefecture. "What I am afraid of most is no reaction from society," she said, attending the event online. 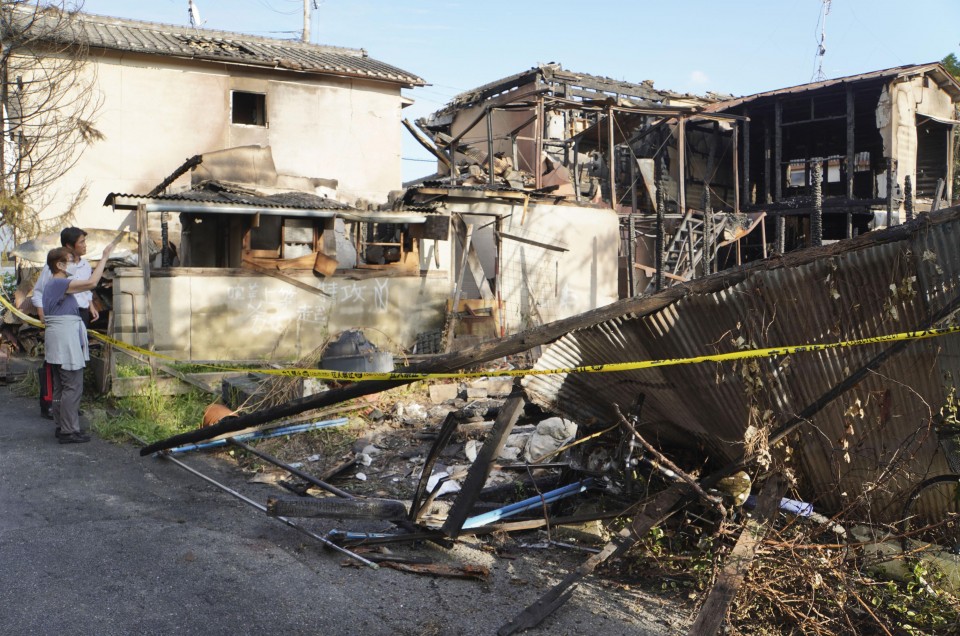 Photo taken Aug. 31, 2021, shows the aftermath of an arson attack in the so-called Utoro district in Uji, Kyoto Prefecture. (Kyodo)

People of Korean descent have been residing in Utoro, a roughly 2-hectare district near Kintetsu Railway's Iseda Station, after a group of Korean laborers lived there during World War II to engage in the construction of an airfield. At the time, the Korean Peninsula was under Japanese colonial rule.

In 1989, the landowner sued the residents, demanding that they vacate. Although the residents lost the suit, they purchased part of the lot with assistance from the South Korean government and donations. At present, about 60 households live in Utoro.

The suspect, identified as Shogo Arimoto from neighboring Nara Prefecture, was arrested earlier this month on arson charges in connection with the August attack, which injured no one but gutted or damaged seven buildings.

Arimoto had been arrested in October on vandalism charges for setting fire to the Aichi prefectural headquarters building in central Japan of the Korean Residents Union in Japan, also known as Mindan, in July. 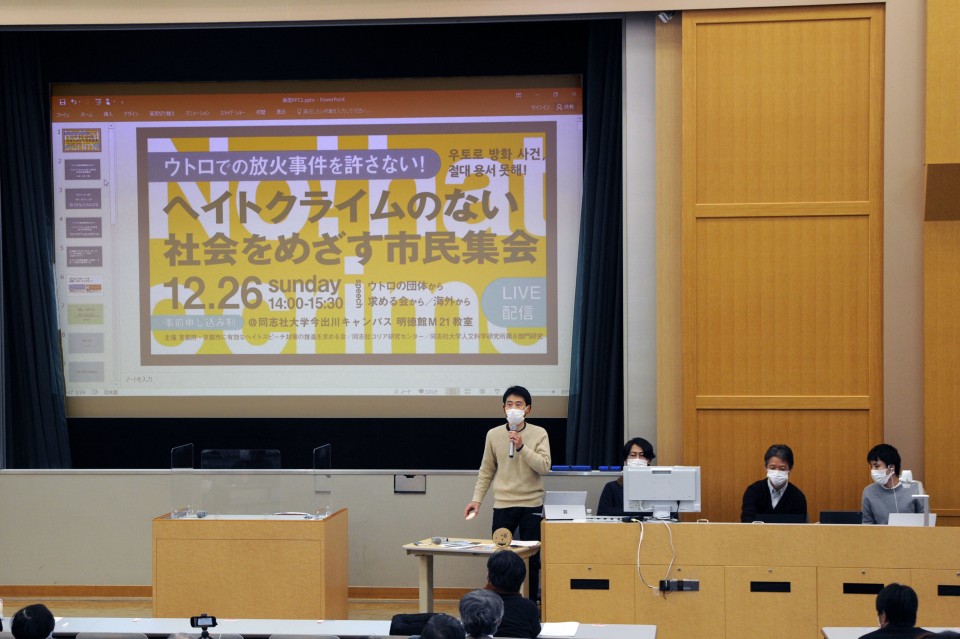 A civic group holds a gathering in Kyoto on Dec. 26, 2021, to denounce an arson attack in the so-called Utoro district in Uji, Kyoto Prefecture, as being a hate crime. (Kyodo)

A total of 450 people participated in person or online in Sunday's gathering, held by a civic group urging Kyoto's prefectural and municipal governments to take countermeasures against hate speech.

The arson attack destroyed some 50 items, including household goods used by the Korean laborers that were scheduled to be on display at a planned Utoro peace museum set to open in April.

FEATURE: Juvenile inmates encouraged to reconnect with society before release