The Japanese government on Thursday reversed its decision to completely halt bookings for inbound flights until the end of the year in the wake of criticism that the measure against the Omicron variant of the coronavirus goes too far.

Under the measure, Japanese citizens and foreign residents would have been unable to return for the holidays unless they already had reservations.

The government's top spokesman, Chief Cabinet Secretary Hirokazu Matsuno, told a press conference the ministry has withdrawn its request to airlines not to take any bookings for inbound flights.

Following the move, All Nippon Airways Co. and Japan Airlines Co. said they are preparing to take some reservations.

Bookings will be allowed within the government's daily cap of 3,500 people arriving from overseas, with Matsuno saying there will be no difference in priority between Japanese citizens and foreign residents.

Neither Kishida nor transport minister Tetsuo Saito had been consulted before the ministry's Civil Aviation Bureau issued the request on Monday and triggered a backlash from people suddenly faced with the prospect of spending weeks unable to go home.

Matsuno, meanwhile, said the government will consider shortening the eight-month period between a person receiving their second COVID-19 vaccine shot and becoming eligible for a booster shot "based on changes in the infection situation, preparations by local authorities and vaccine supply."

Booster shots began being administered to medical personnel on Wednesday, with the rest of the population set to get them next year.

The Omicron variant has a large number of mutations, and scientists fear it may be more transmissible than previous strains of the coronavirus or be able to evade immunity provided by vaccines.

The World Health Organization has designated it a "variant of concern," warning it is likely to spread globally and presents a "very high" risk.

Japan has so far confirmed two cases of the Omicron variant, and Kishida has moved swiftly to prevent its further introduction from overseas, banning new entries of foreigners and beefing up quarantine rules on Japanese citizens and foreign residents returning from countries feared to have outbreaks, including South Africa, which first reported the discovery of the strain last week.

But the measures have also been criticized by some as being discriminatory.

The WHO has urged countries not to impose blanket travel bans, saying they are ineffective in preventing the coronavirus from spreading and place a heavy burden on people's lives.

Michael Ryan, head of the WHO's Health Emergencies Program, said of Japan's ban on new entries of foreigners, "Epidemiologically, I find it hard to understand the principle there. Does the virus read your passport? Does the virus know your nationality or where you are legally resident?"

"Our concern here is that we apply public health principles, not political principles, to selecting measures that are used to control the spread of diseases," Ryan said at a press conference Wednesday. "The idea that you can put a hermetic seal on most countries is frankly not possible." 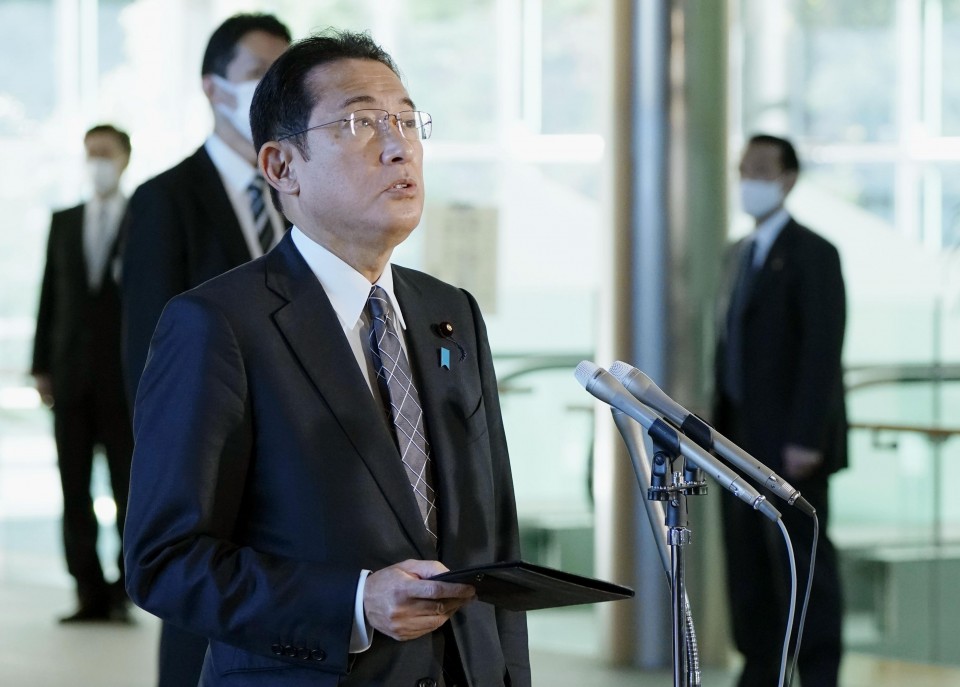 Japanese Prime Minister Fumio Kishida speaks to reporters at the premier's office in Tokyo on Dec. 2, 2021, about border control measures amid growing concerns over the spread of the Omicron variant of the coronavirus. (Kyodo) ==Kyodo