A total of 2.32 million seats have been reserved for the period between Dec. 28 and Jan. 5, according to the six passenger railway companies that are part of the JR group. 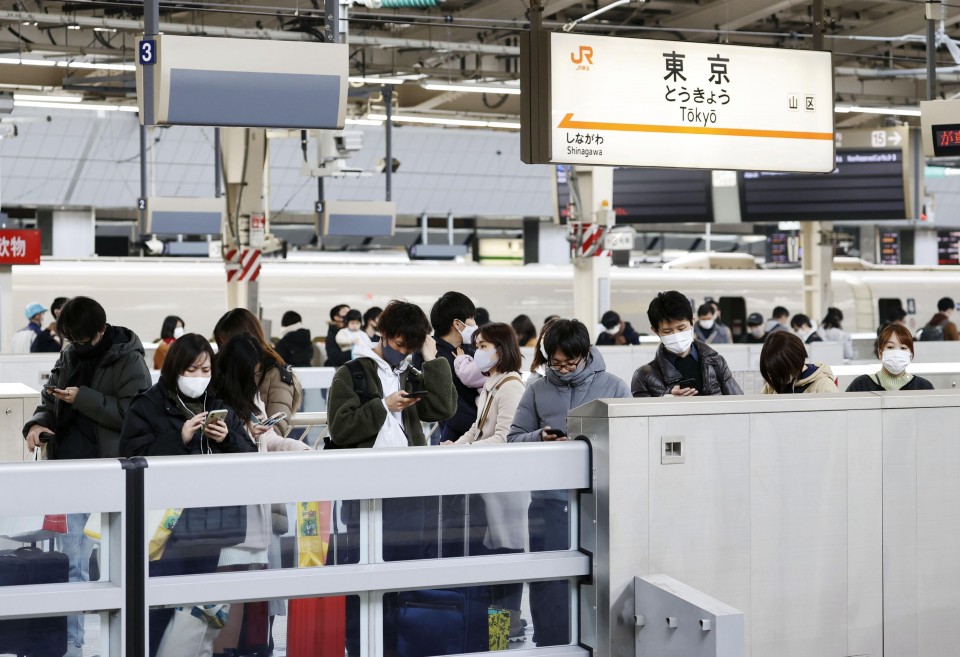 People wearing face masks wait for the arrival of a shinkansen bullet train at JR Tokyo Station on Dec. 30, 2020, as coronavirus infections remain rampant in the capital during the year-end and New Year holiday season. (Kyodo) ==Kyodo

While the figure still represents a 40 percent decline from the pre-pandemic level of 2019-2020, it adds to evidence that economic and social activity is recovering after a state of emergency in Tokyo and other big cities was lifted in September.

Daily infections nationwide have also remained at under 200 for the past few weeks despite the emergence of the Omicron variant.

But the 258,000 average daily seat reservations per day is the sixth lowest since comparable data became available in fiscal 1996, according to the major train operators.

The travel peaks are expected to come on Dec. 30 and Jan. 3.

The operators have made 8.09 million seats available to be reserved, down 2 percent from the 2019-2020 season.

Reservations for trains on the Tokaido Shinkansen and Sanyo Shinkansen lines that run through the major Japanese cities of Tokyo, Nagoya, Osaka and Fukuoka, have seen around two-fold increases compared to the same period last year.

Operators including East Japan Railway Co. are calling for passengers to make plans early as they expect a flood of last-minute reservations before the end of the year.