Hong Kong pro-democracy online media outlet Stand News announced its closure on Wednesday after police raided its offices and arrested seven people connected to it on suspicion of conspiracy to publish seditious publications.

The day's developments mark the latest blow to Hong Kong's press, which has earlier seen pro-democracy newspaper Apple Daily shutter as Beijing continues its efforts to crack down on dissent in the former British colony. 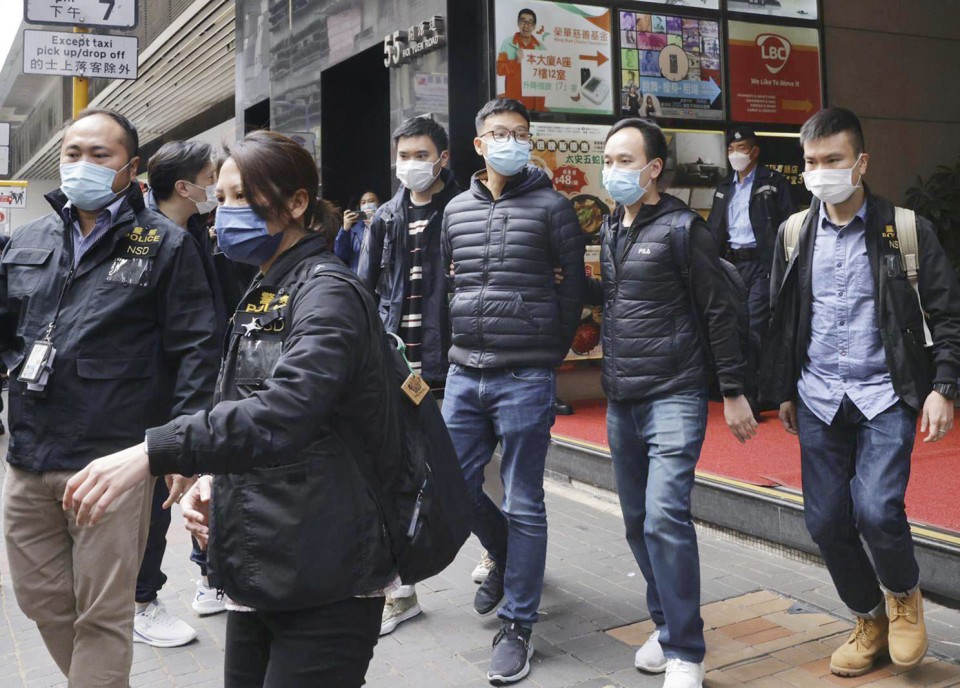 The superintendent of the Hong Kong police's National Security Department, Steve Li, said at a press conference that the outlet had published a large number of "seditious" publications.

Li said there was also "strong evidence" that suggested the outlet had conspired to use its platform to incite hatred toward the government and endanger national security.

The police have frozen HK$61 million ($7.8 million) of the independent outlet's assets under the national security law and will investigate its source of funding as they discovered "secret" deposits that were allegedly made to evade law enforcement, Li added.

Following the arrests, Stand News announced in an online post that it would cease operations immediately and remove its website and social media pages within the day. All employees were also dismissed, effective immediately.

The arrests were made under the city's Crimes Ordinance, according to a police statement. Acting editor-in-chief Patrick Lam and former chief editor Chung Pui-kuen were reportedly among the arrested. Lam stepped down after his arrest.

Chan Pui-man, Chung's wife and former associate publisher of the now-defunct Apple Daily, was also arrested under the same charge.

The remaining four were reportedly all former board members of the news outlet, including barrister Margaret Ng, and singer and outspoken activist Denise Ho. The four had stepped down from their roles earlier this year.

The outlet's deputy assignment editor Ronson Chan, who also heads the Hong Kong Journalists Association, was reportedly taken in for questioning but has not been placed under arrest, according to local media sources.

The early morning raid, which involved over 200 police officers, was conducted to "search and seize relevant journalistic materials," and made under a regulation related to the national security law, according to police.

In June, jailed media tycoon Jimmy Lai's Apple Daily folded after a 26-year run, succumbing to mounting pressure from Chinese and Hong Kong authorities as its senior editors and executives were arrested under the Beijing-imposed national security law.

Just days after the newspaper's closure, Stand News announced that it would stop taking donations and take down all commentary pieces published before May to minimize risks under the law.