Japan is entering its end-of-year party season with most COVID-19 restrictions lifted based on low numbers of cases, but concerns about the emergence of the Omicron coronavirus variant are likely to keep the festive mood restrained once again.

Rising material costs, sparked by high crude oil prices, and a change in people's attitudes toward after-work drinking and dining with colleagues has put an additional burden on restaurant and bar operators in Japan, which otherwise would be welcoming their busiest time of the year.

In Tokyo's Shimbashi business district, some restaurants and bars are seeing customers gradually returning but voice concerns about the recent arrival of the new variant in Japan. 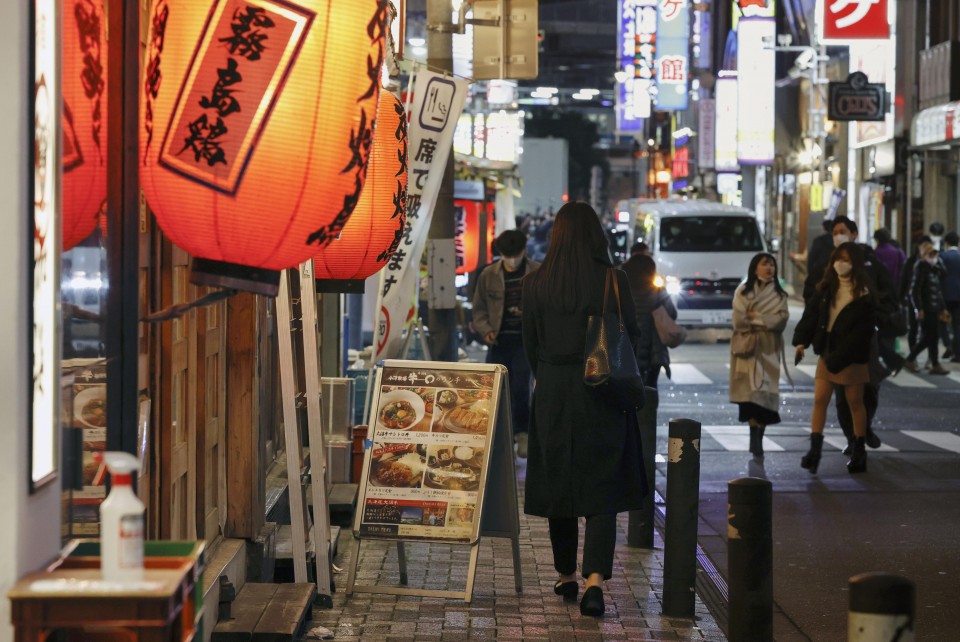 People walk along a street filled with restaurants and bars in Tokyo's Shimbashi area on Dec. 3, 2021. (Kyodo)

Omicron has put Japan and other countries on high alert due to the variant's large number of mutations, which may make it highly transmissible and pose an increased risk of reinfection.

"I wonder how long this situation will continue. I hope infections will subside without another spike," said Takiko Terada, manager of the Shimbashi outlet of Masukame, a Japanese-style "izakaya" pub chain.

Terada, 64, said sales at the restaurant have returned to 70 to 80 percent of pre-COVID-19 pandemic levels.

Mihoko Hiramatsu, 76, owner of Hanamizuki, another izakaya in the area that has seen the return of regular customers, said that while material costs usually rise in the year-end period, she feels there has been "a tremendous rise in the price of vegetables and fish" this year.

With concerns about a potential sixth wave of infections remaining strong, 70.4 percent of 8,174 firms that responded to a survey said they would not hold end-of-year or New Year parties regardless of whether a state of emergency or other COVID-19 measures are in place.

The rate is likely to be higher now because the survey was conducted by credit research company Tokyo Shoko Research before the first Omicron case was confirmed in Japan on Nov. 30.

The rate, however, was down from 94.2 percent in a similar survey conducted in December last year, when the third wave of infections was in full swing.

Another factor restraining the full return to pre-pandemic levels of wining and dining is that a majority of Japanese no longer believe work-related get-togethers for drinking are necessary.

About 62 percent of respondents in a Nippon Life Insurance Co. survey were not eager to join so-called "nominication" get-togethers -- a hybrid of the Japanese word for "drink" and "communication" -- which usually signify work colleagues meeting up over drinks.

It was the first time for a majority to give the practice the thumbs down since the company started the annual survey in 2017.

Against a background of recovering business sentiment and a fall in the number of infections, some municipal governments have moved to encourage the holding of year-end or New Year's parties to support dining establishments hit hard by the pandemic.

The city of Mitsuke in Niigata Prefecture, northwest of Tokyo, has started offering subsidies of 20 percent of the cost of a year-end or New Year's party, up to a maximum of 50,000 yen ($440), as it has seen very few COVID-19 cases since Sept. 27.

The subsidy, provided to dining establishments so customers can be offered a discount, is available for parties attended by 10 or more people spending at least 5,000 yen per person.

"I honestly don't know what to expect in terms of customers returning, but I hope people will be encouraged to dine (at our restaurant)," said Takahiro Kizawa, 33, the fourth-generation owner of Kappo Iseya, an establishment offering Japanese cuisine in Mitsuke.

Neighboring Yamagata Prefecture is also making efforts to use year-end parties to stimulate the recovery of the local economy.

The city government of Tsuruoka has called on its own workers to hold parties with colleagues, encouraging year-end parties to be held "proactively as a response to the severe business environment."

The local government said, however, it would flexibly review the policy in line with the development of infections. 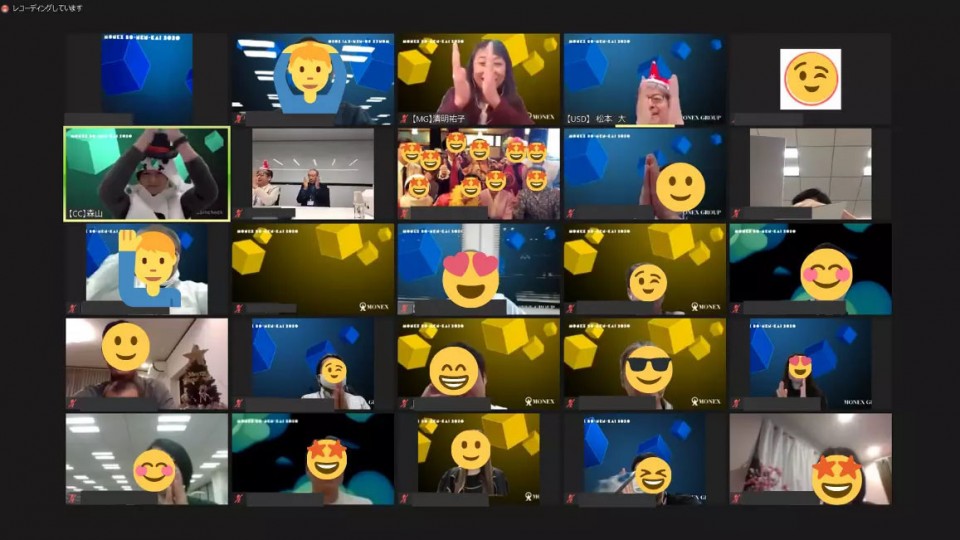 A major beverage company has set rules for its staff limiting social engagements to four people per table for durations of two hours or less, while online brokerage Monex Group Inc. plans to once again hold an online party using the Zoom video teleconferencing application.

Last year, over 300 Monex employees participated from their homes or seats in the office, enjoying games using Zoom's voting function while they ordered the same meals through a home delivery service.

Some received awards in the online gathering for outstanding work, according to the company.

"I was able to see the faces of colleagues I hadn't seen for a while due to remote work, and it was good to enjoy the same food together," said Yuki Nakano, 30, a staff member of Monex's business administration department. "I'm looking forward to this year's event."