"The world has never worked so closely together to tackle a crisis," Tang told Kyodo News. "The collective experience fighting COVID-19 will help countries work together to address all kinds of problems." 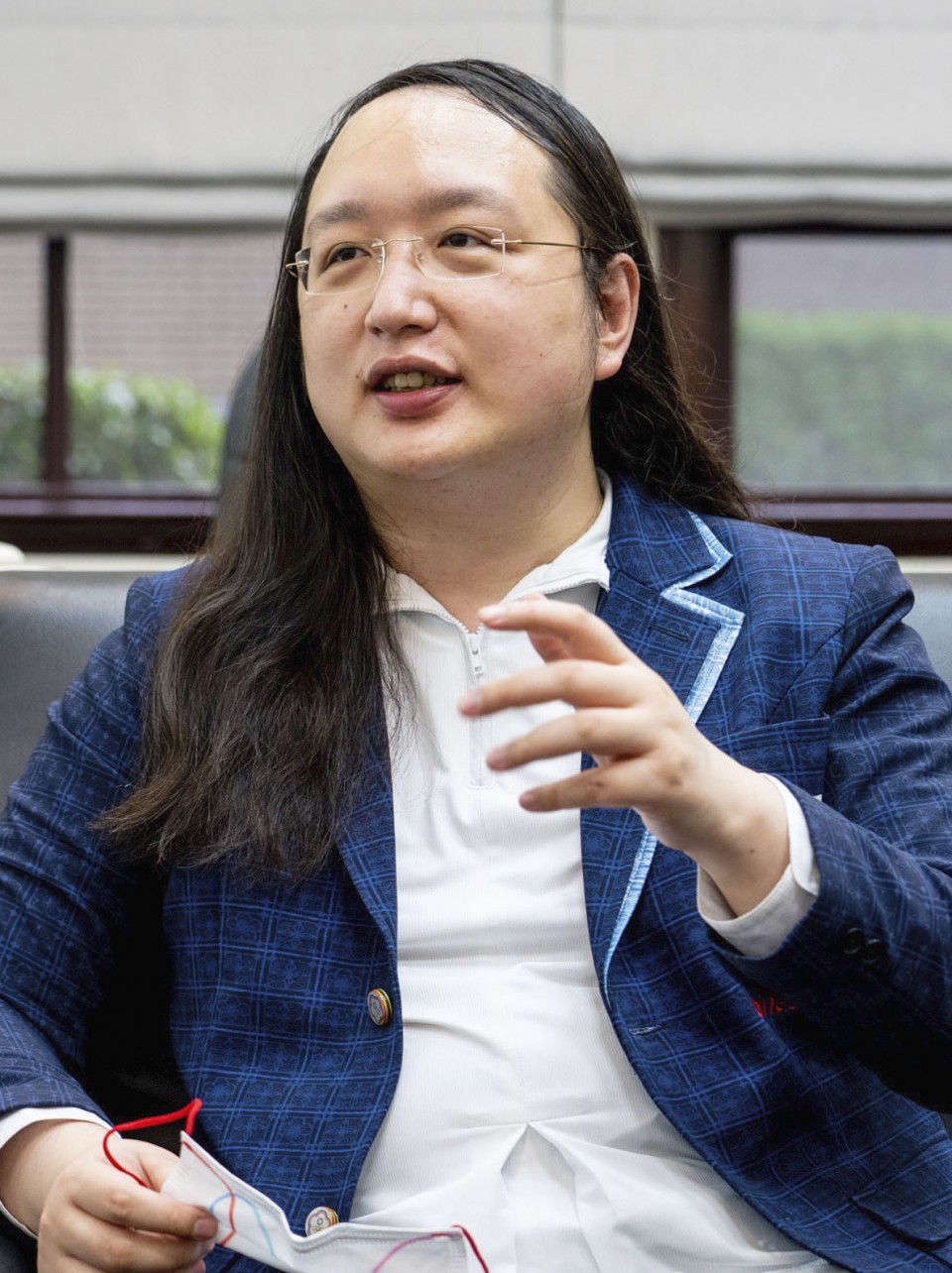 Especially effective in the early months of the outbreak was a system that integrated data from Taiwan's health insurance and immigration agencies so that hospitals, clinics and pharmacies island-wide can access patients' travel histories and test those who visited high-risk locations.

And as Tang suggests, foreign governments have shown great interest in this work, hoping to learn from the island's pandemic success.

Yet COVID-19 response is only one area of Tang's ministerial work.

It also distracts from her remarkable career before being appointed in 2016 as the youngest, at the age of 35, and as the first transgender Cabinet minister in Taiwan's history by the then newly elected Democratic Progressive Party government.

Born in 1981, Tang was a child prodigy, reading classical literature at age 5 and writing her first computer program while still in elementary school.

After attending schools in Taipei and Germany, Tang withdrew from formal education to be homeschooled by her mother before starting a software development company at age 14. She went on to build a prominent career in Silicon Valley as a programmer, entrepreneur, and consultant, after which she "retired" at age 33 to take up other challenges at home.

Ironically, it was support for the Sunflower Movement that led to Tang's first government work when the KMT asked g0v hackers to establish a platform where people could exchange ideas about government policies.

In 2015, for example, Tang helped figure out how to regulate Uber in Taiwan by developing programs that find consensus in "collective intelligence."

This work formed the basis for Tang's mission as digital minister, a position she agreed to take on the condition that she would share information with the public and everyone would have a say in the process.

Tang's job is to develop and oversee digital innovation across government decision-making, with an emphasis on public communication and consensus-building.

Problems that Tang has helped address range from regulating online liquor sales to setting rules for the digital economy, improving public services and, of course, COVID-19.

To do this, Tang adopted a platform called Polis designed by a Seattle-based programming group to harness the power of social media while avoiding its pitfalls.

These pitfalls include polarization produced when profit-driven networks like Facebook emphasize divisive postings because they generate revenue. And the mainstream press is no better, Tang says, given that "divisive statements are newsworthy and consensus statements are not."

Yet on practical matters, individuals tend to agree far more than they disagree. By monitoring "feelings" rather than facts and opinions, and by eliminating the reply option, Polis reduces conflict, producing "rough consensus" on which to base policies that may not be ideal for everyone, but that provide "something we can live with."

In other words, digital tools like Polis avoid producing winners and losers, an increasingly negative feature of democratic elections.

None of this is to suggest that Tang sets the agenda. Rather, her team trains civil servants to run platform processes themselves when they need public input on issues, "making hacker culture part of public service," not by bringing hackers in, Tang says, but by "turning government into hackers."

All draft laws initiated by the executive branch in Taiwan are subject to 60 days of public commentary, with recent estimates suggesting nearly half of all Taiwanese participate using Polis and related applications.

"When people have a say in making public policy, they are more willing to comply," Tang said, adding that Taiwan is "combating the pandemic and deepening democracy at the same time."

By increasing trust, government transparency reduces the power of misinformation. One tactic Tang developed to counter fake news is to respond quickly when it appears, while softening the corrective message through humor and cute visuals -- think puppies and Hello Kitty.

Foreign observers have also remarked on how willing Taiwanese are to embrace directives from the island's Centers for Disease Control during the pandemic and, perhaps most strikingly, to allow access to their personal data.

While citizen's groups worldwide are demanding tough privacy protections, Taiwanese have little trouble sharing personal information, Tang said. Collected data must, by law, be deleted after 28 days, but during that time, every detail "is like a piece of a jigsaw puzzle allowing CDC experts to see the larger picture."

It is this kind of social control that led to authorities silencing Li Wenliang, the Chinese doctor who in December 2019 posted the first news of a strange new respiratory infection in Wuhan.

If the global pandemic has taught the world anything, Tang says, it is that it must think about how to prepare for the next one and how to protect whistleblowers when it arrives.