An earthquake of magnitude 4.8 struck near Mt. Fuji on Friday morning, followed by a bigger one in an area not so far away from Japan's western city of Osaka, but there were no reports of injuries or serious damage to infrastructure.

The first quake occurred at around 6:37 a.m., registering lower 5 on the Japanese seismic intensity scale of 7 in Otsuki in the eastern part of Yamanashi Prefecture and 4 in some areas near Tokyo, including Sagamihara and Atsugi, the Japan Meteorological Agency said.

Another quake with a preliminary magnitude of 5.4 rocked Wakayama Prefecture near Osaka at around 9:28 a.m., according to the agency. It is believed the prefecture would suffer major damage in the event of a massive earthquake that many project will occur in the future along the Nankai Trough off the coast of Japan's central to southwest regions. 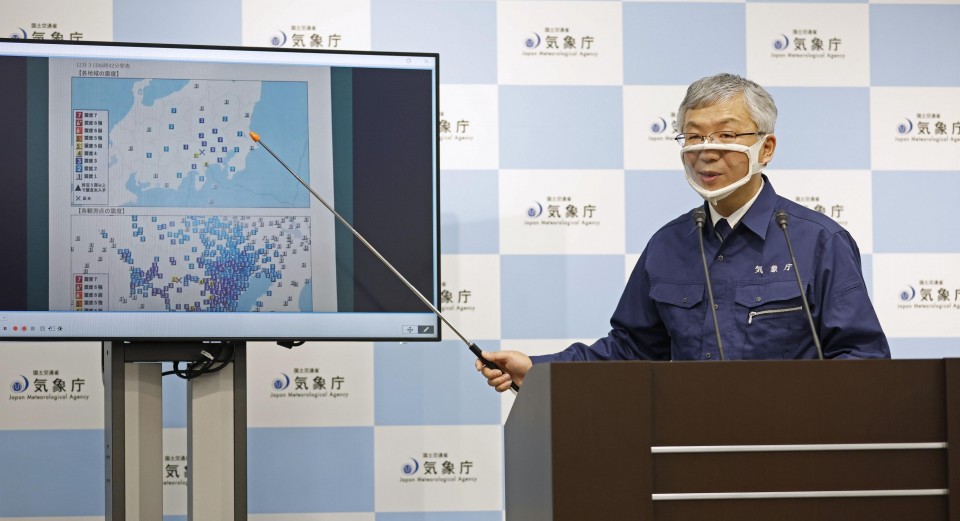 A Japan Meteorological Agency official holds a press conference in Tokyo on Dec. 3, 2021, after an earthquake with a preliminary magnitude of 4.8 struck Yamanashi Prefecture in the morning. (Kyodo)

The agency said there was no threat of a tsunami following the two quakes. But it warned that a temblor of similar intensity could occur within a week.

The agency said there has not been any evidence linking the two quakes or sign of volcanic activity at Mt. Fuji, adding the likelihood of a powerful earthquake along the Nankai Trough has not been raised as a result.

The focus of the first quake in the Fuji Five Lakes area around the northern foot of Mt. Fuji was at a depth of about 19 kilometers, according to the agency.

Shinya Tsukada, an official of the agency, said at a press conference that "there is no particular change" to volcanic observation data at the 3,776-meter mountain, Japan's highest peak.

In the same area, a series of quakes including one with an intensity of lower 5, took place in January 2012.

Mt. Fuji is an active volcano with a history of major eruptions -- some 180 over the past 5,600 years -- according to the Mt. Fuji disaster management council.

Some trains ran at reduced speed following the M4.8 quake, but no major traffic disruption was reported. Shinkansen bullet trains ran as usual, while the speed limit on a section of the Chuo Expressway going through Yamanashi Prefecture was lowered to 50 km per hour.

According to TEPCO Power Grid Inc., about 600 households in Fujikawaguchiko in Yamanashi Prefecture experienced electricity outages.

Meanwhile, the quake in Wakayama Prefecture registered lower 5 on the Japanese scale of 7 in Gobo, according to the agency. The focus was at a depth of 18 km.

The government estimates that there is a 70 to 80 percent chance of a magnitude 8 or 9 earthquake occurring along the Nankai Trough within 30 years, with some projections saying it would trigger a tsunami of over 30 meters and result in a death toll of over 300,000. 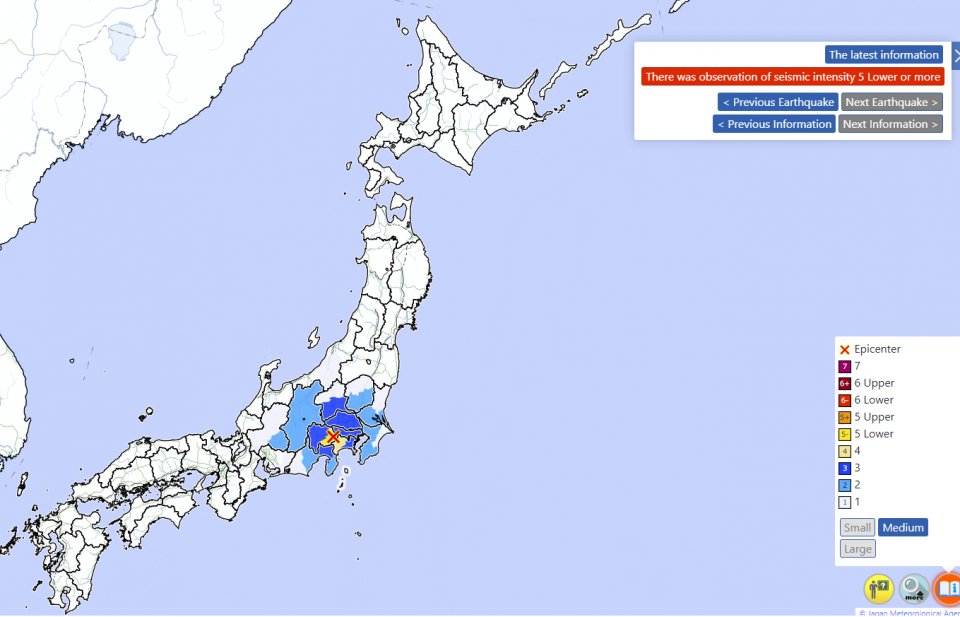 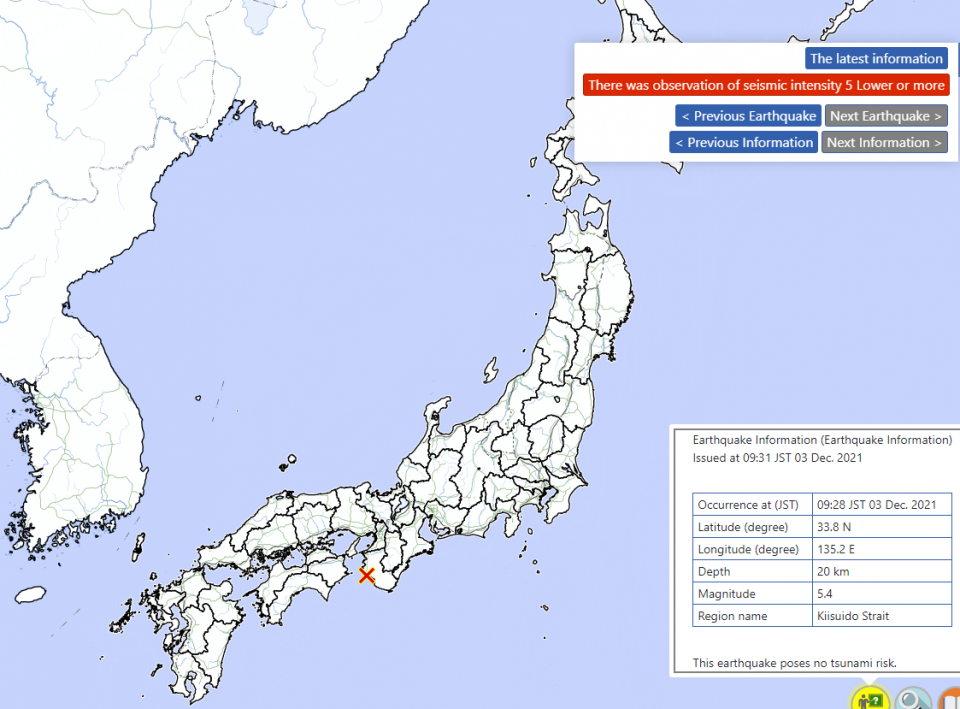