Hong, who doubles as deputy prime minister, made the remark at a meeting of Cabinet ministers on external economic affairs. The government is expected to submit its application after reporting the move to the nation's parliament, among other steps.

Hong said given the situation in which China and Taiwan have applied for membership, it "has become difficult to keep the matter to discussions within government offices." 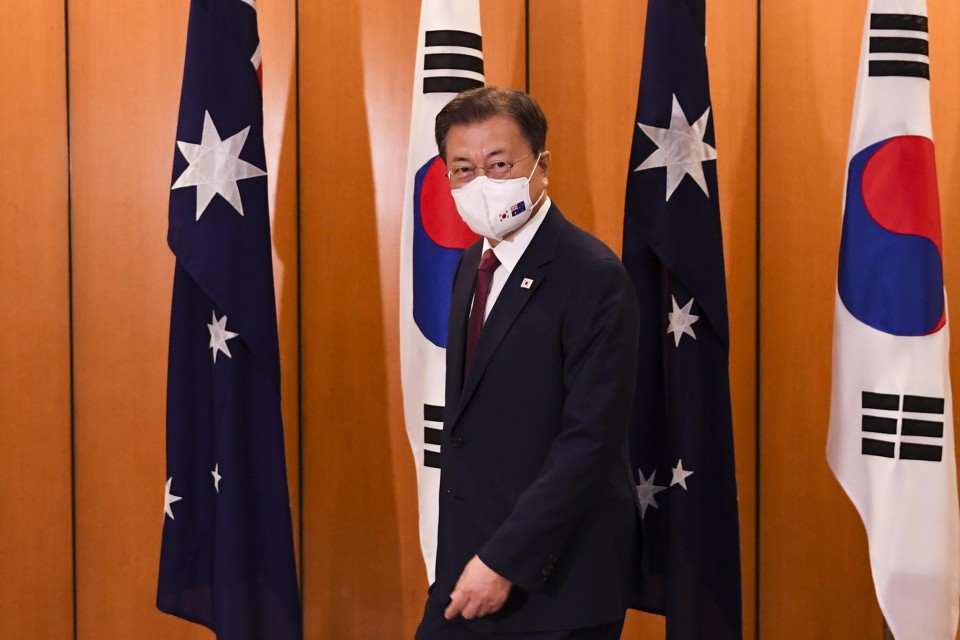 South Korean President Moon Jae In looks on ahead of a bilateral meeting at parliament House in Canberra on Dec. 13, 2021. (Getty/Kyodo)

"Relevant procedures" have thus been initiated to promote Seoul's application for the TPP, after "comprehensive consideration of...our status as an open trading country," the minister added.

Australian Prime Minister Scott Morrison welcomed the prospect of South Korea joining the TPP, known formally as the Comprehensive and Progressive Agreement for Trans-Pacific Partnership, after a meeting with visiting South Korean President Moon Jae In on Monday.

"We are important trading partners and we welcome the prospect of Korea joining the CPTPP and we look forward, should they wish to take that decision and step, we look forward to being an encouraging partner," Morrison said at a joint news conference with Moon.

The source also cited "various matters of concern" between the two countries, such as a dispute over wartime labor compensation and South Korea's import restrictions on some Japanese fishery products imposed after the 2011 Fukushima nuclear disaster.

In December last year, Moon expressed South Korea's willingness to consider joining the pact. It is already a member of the 15-nation Regional Comprehensive Economic Partnership trade agreement, which will take effect on Jan. 1.

China and Taiwan applied for TPP membership in September, while Britain did so in February. 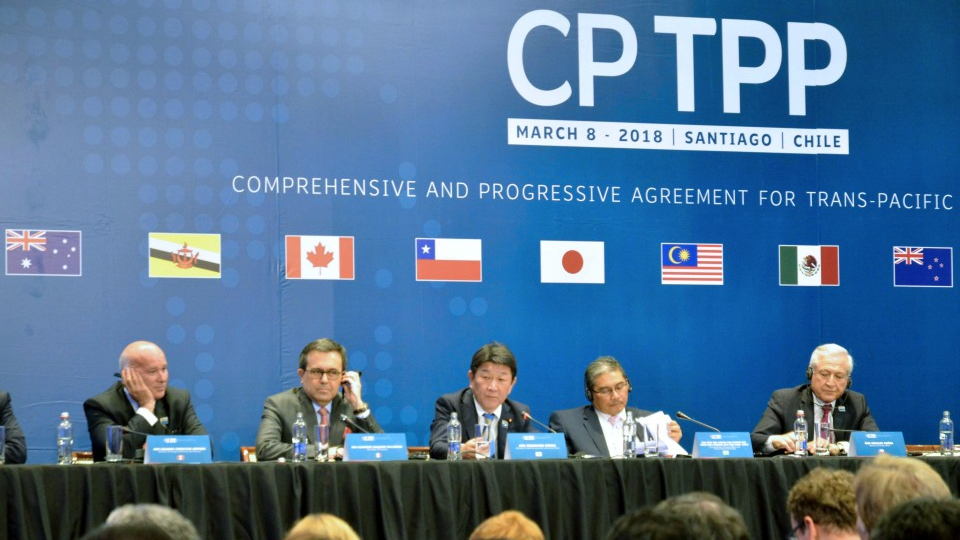 File photo taken in March 2018 in Santiago, Chile, shows representatives attending a press conference after the 11 countries remaining in the Trans-Pacific Partnership signed the revised free trade pact without the United States. The pact enters into force on Dec. 30. (Kyodo) ==Kyodo