With the coronavirus pandemic reducing chances for people to meet in person, a large number of companies in Japan, including several of its largest, have turned to an AI-powered dating app to help their employees find love, and hopefully become happier and more productive workers as a result.

In all, about 800 firms and organizations across the country have signed up to the app called Aill goen, partly attracted by the fact that the pool of potential matches is limited to employees of the participating companies -- thus providing "a secure and safe platform," according to the developers of the service.

"My goal was to create a platform that would make it easier for employees to achieve a work-life balance and in turn boost the company's growth as well," said China Toyoshima, CEO of Aill Inc., the Tokyo-based startup that launched the service in November 2020. 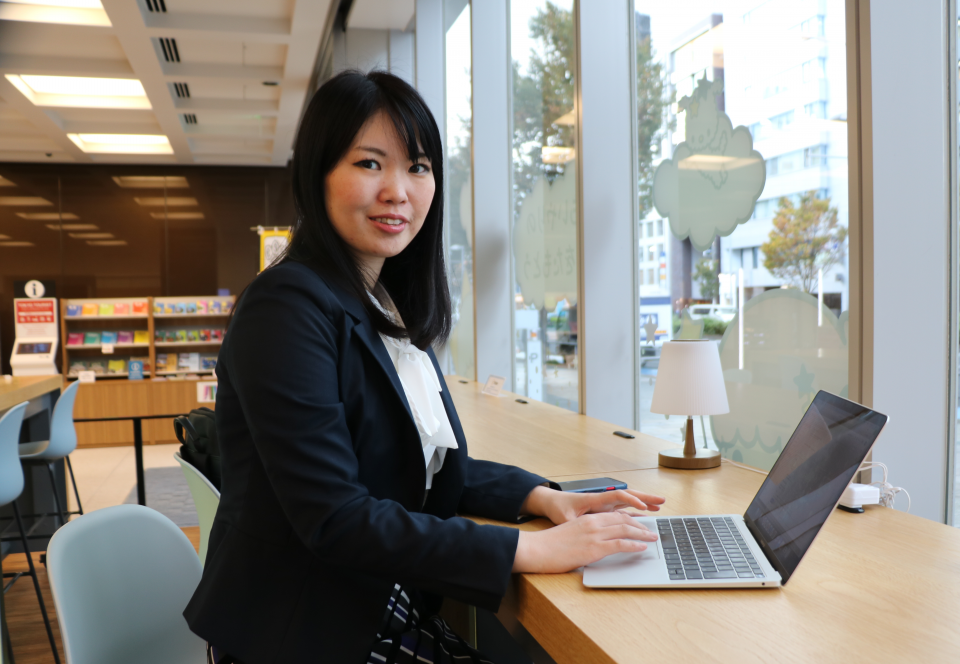 "Employers were worried about the mental health of their workers, who were largely staying at home with almost no physical interaction during the pandemic," she said, referring to the widespread trend of teleworking.

With the developers also stressing the high rate of dates arising out of use of the app's innovative artificial intelligence features, the firms to have signed up so far include big-name companies such as Nippon Telegraph and Telephone Corp., Mizuho Securities Co., All Nippon Airways Co. and The Mainichi Newspapers Co.

The service is being provided as part of the package of welfare and benefits programs that many Japanese firms offer their employees, which have already in some cases traditionally included financial support for workers who use marriage agencies.

But for employees, Aill goen is a much cheaper option. It costs 6,000 yen ($52) per month, with some companies shouldering all or part of the monthly fee. The services of conventional marriage agencies, in contrast, cost roughly double that, along with hefty admission fees running sometimes into hundreds of thousands of yen that individuals may need to shoulder themselves.

While there are dating apps across the world with AI-assisted features, such as figuring out users' preferences regarding a partner's appearance, Aill goen's approach is to focus on intervening during initial text chats, suggesting when someone should ask for a date and what questions to ask to facilitate conversations -- the kind of advice one might expect from a best friend.

For example, the AI engine might "coax a man to ask a woman out on a movie date or suggest he wait a while (to ask) if it judges that it's too soon to make a move," said Toyoshima.

The AI assists only when it determines the pair's conversation has hit a standstill and its "intervention is required to ease the situation," she said.

As of December, 76 percent of active users who had utilized the app's AI support were able to arrange dates, according to a survey by the startup.

Kyushu Economic Federation, a business lobby in southwestern Japan known as Kyukeiren, adopted the service in March with the aim of enhancing the employees' quality of life and boosting their productivity and performance at work.

The economic body had the service tailored so that the pool of potential matches is limited to users belonging to its member companies, said Izumi Tokisato, associate general manager at the organization's regional policy planning division.

"When people get into their 30s and 40s, they become reluctant to use dating apps, but if the app is introduced through a recognized organization then it makes it easier for them to take the first step," Tokisato added.

About a dozen Kyukeiren member companies have introduced the service to their employees, with some through their labor unions.

For Izua Kano, incubation director at NTT Docomo Ventures Inc., who has been involved in the service's development since 2019, the makeup of the pool of potential partners is the key to the spread of the app.

Having the subscriber base comprised of professionals working at companies of similar scale "makes it easy for users to connect with each other," said Kano, 45, adding that there have been "a few successes" among users of the app at his parent company NTT Docomo Inc.

Toyoshima, 36, said she came up with the idea of developing the service in 2018 after becoming a candidate for an executive-level position while working at a major Japanese pharmaceutical company.

Promotion meant long working hours and Toyoshima was concerned about her personal life as a majority of women in higher positions then were single with hardly any time to pursue romantic interests.

"Companies want the employees to show initiative at work, but the truth is that employees are tired as a result of overwork and have no time for their personal lives," a factor that hinders the company's growth, said Toyoshima.

FEATURE: AI being employed to translate sign language to help deaf in Japan

But acknowledging that the professionals who were her target users had little time to spare meant it was important to maximize the chances of success. To avoid "heartbreaks and rejections," it was necessary to turn to AI.

This led her to Hidenori Kawamura, a professor at Hokkaido University in northern Japan, who with two other researchers developed the AI for two years through deep learning and machine learning, among other methodologies.

The result was an app whose features also include a pair compatibility chart, as well as a bar displaying how much a potential partner appears to like a user based on how text chats are going. "It is better to meet people after understanding them to some extent and knowing how much they like you," Toyoshima said.

Aill's service comes both amid a boom in use of online dating services and increased central government financial support for municipalities mobilizing AI and big data for marriage assistance amid the declining birthrate in the country.

The government earmarked 2 billion yen to support local governments' matchmaking efforts in the fiscal year that started in April, with the ratio of state subsidy raised from half to two-thirds when AI assistance is incorporated.

The overall size of the online matchmaking market in Japan, meanwhile, has nearly quadrupled in size between 2016 and 2020 and is expected to continue to grow rapidly, according to a unit of CyberAgent Inc.