Hong Kong on Sunday held its first legislative election under a new electoral system imposed by the mainland aimed at ensuring that only "patriots" govern the city.

As major pro-democracy parties did not field any candidates, voters have shown little interest in the election, with low turnout expected despite a last-minute voting campaign by the Hong Kong government. 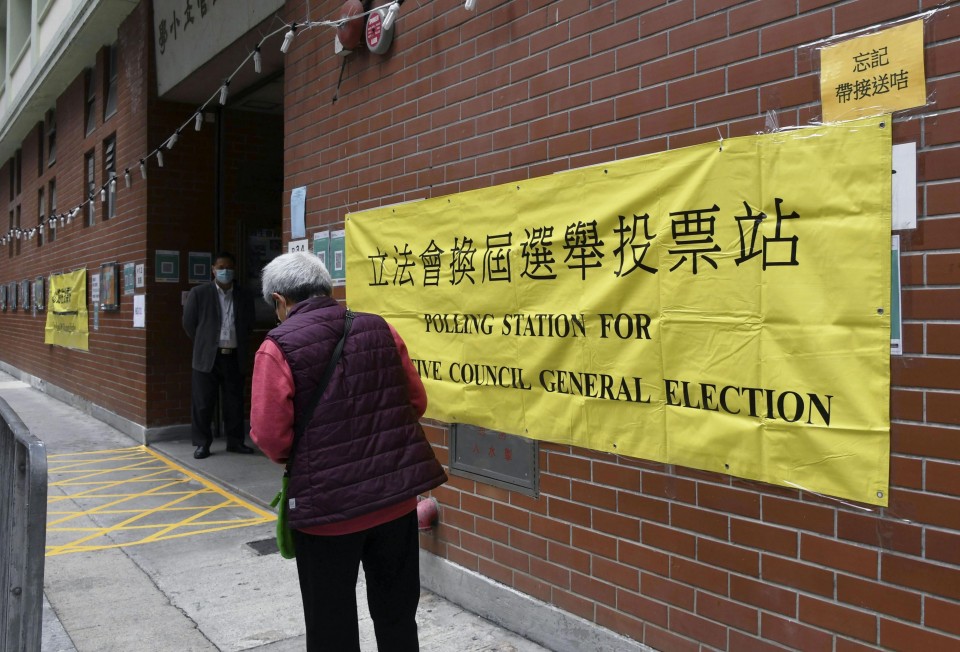 The number of directly elected seats in the Legislative Council has been slashed from 35 to 20 under the new system, revamped in May, while the total number of seats has been expanded from 70 to 90.

Among the non-directly elected seats, 40 will be decided by the city's powerful Election Committee, of which only one member is not pro-Beijing, while the remaining 30 will be chosen through trade-based functional constituencies.

A total of 153 candidates approved by the government were running for the 90 council seats, with a majority of pro-Beijing figures and only a handful of moderate and nonestablishment hopefuls.

In the last election in 2016, the pro-democracy camp captured 30 of the 70 council seats, following the Umbrella Movement in 2014 that called for democratic change in the former British colony.

But in the wake of anti-government protests in 2019 that left the city in political and social turmoil, the central government called on Hong Kong to oust lawmakers deemed "unpatriotic" and exclude anti-Beijing elements from the levers of power.

On Sunday, over 10,000 police officers were reportedly deployed throughout the city to ensure a smooth election, with Commissioner Raymond Siu warning the police would "resolutely enforce the law" against those who attempt to disrupt the election.

The result of the election is expected Monday morning.