Former Japanese Prime Minister Shinzo Abe said Monday that an attack on a U.S. military vessel in any contingency concerning Taiwan could become a situation allowing Japan to exercise the right of collective self-defense.

During a virtual appearance at a Taiwan think-tank event on Dec. 1, Abe said that any Taiwan contingency would also be an emergency for Japan and for the Japan-U.S. security alliance, stressing the need to keep pushing for clarity on the issue with Chinese leadership. 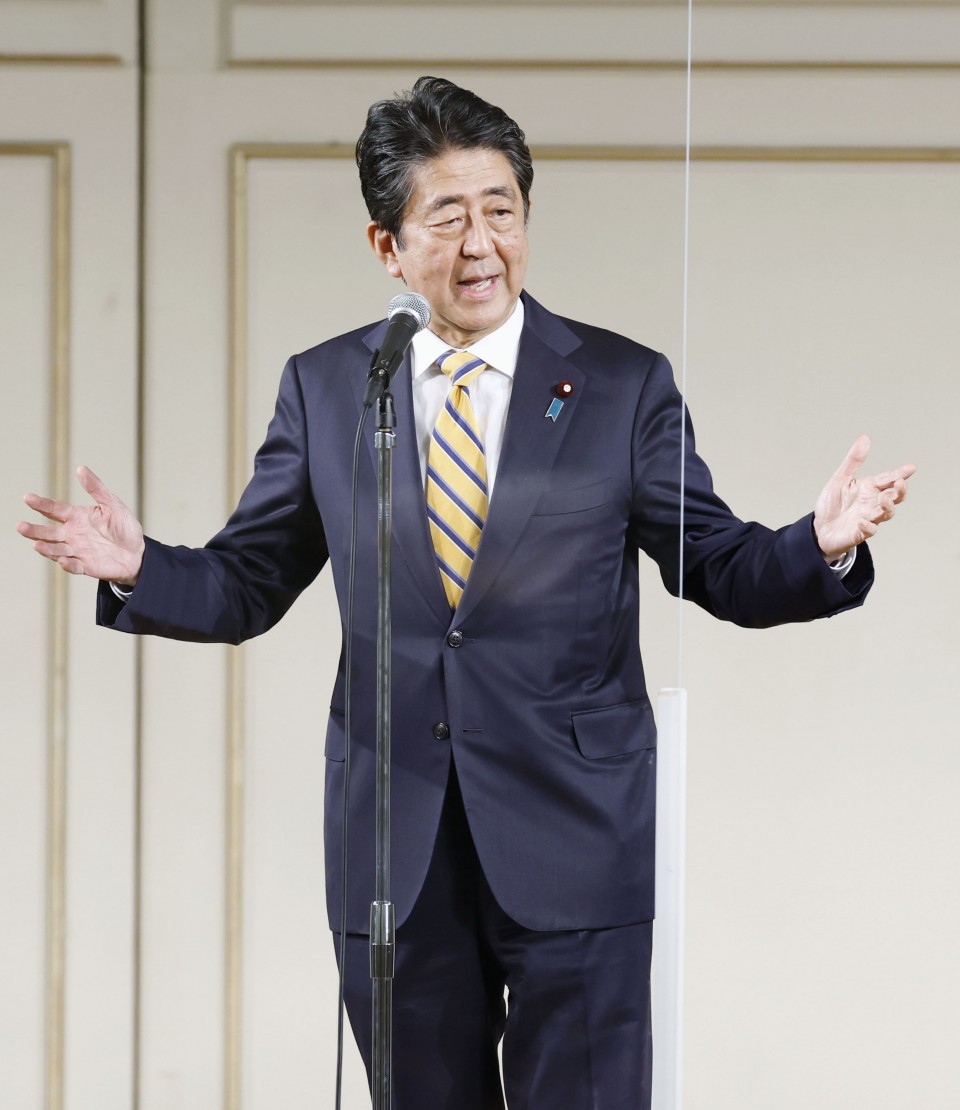 Abe elaborated on his earlier remarks on a TV program aired Monday, saying, "In the event of an attack on a U.S. vessel, it could be a situation posing a threat to Japan's survival, which would allow the exercise of collective self-defense."

Pointing out that Yonaguni Island -- Japan's westernmost territory -- is only 110 kilometers away from Taiwan, he said, "If something happens here, it will definitely become a crucial situation" affecting Japan's peace and security as stipulated in the country's security legislation.

With such a condition met, Japan's Self-Defense Forces would be allowed to extend logistical support to the U.S. military.

His earlier remarks on Taiwan drew criticism from China, which regards the self-ruled island as a renegade province to be reunified with the mainland, by force if necessary.

Abe stepped down as prime minister in 2020 after nearly eight years in the post, but he still heads the largest faction within the ruling Liberal Democratic Party.