Japan will shorten the current eight-month interval between the second and third COVID-19 vaccine shots "wherever possible," amid growing concerns about the spread of the Omicron coronavirus variant, a senior government official said Sunday.

Speaking on a Fuji TV program, Deputy Chief Cabinet Secretary Seiji Kihara said the government is working with local governments to shorten the interval to at least six months "based on their capacity," with Moderna Inc.'s COVID-19 vaccine eyed for approval for use as a booster. 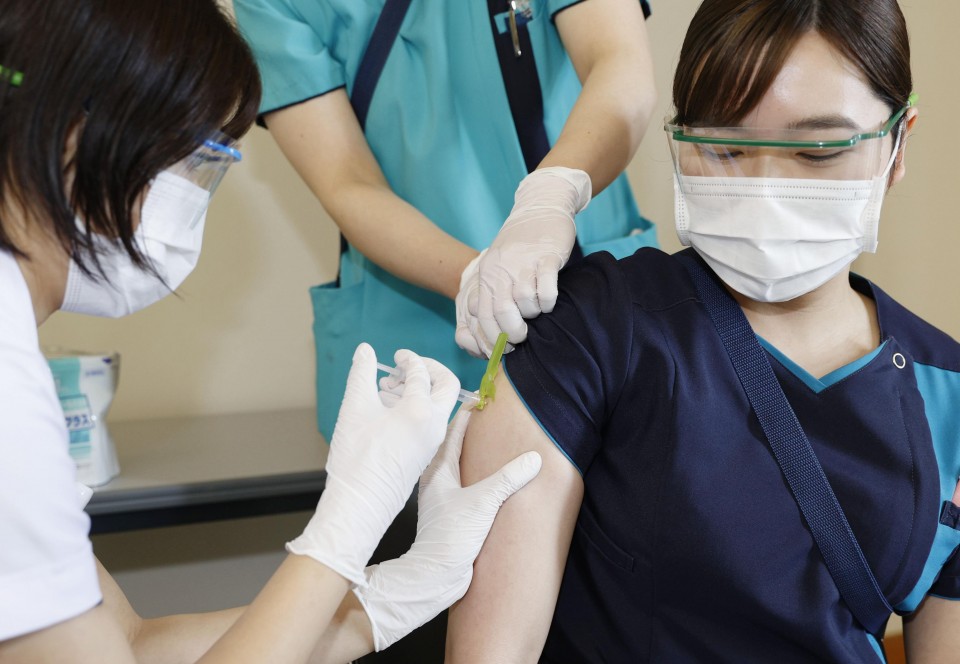 The central government had initially set an interval of at least eight months for the booster shot but later shortened it to six months in exceptional cases. But it later again revised the policy to "eight months in principle," causing confusion among local governments.

The Pfizer vaccine is currently the only one to receive approval as a booster in Japan. However, the government has said the booster vaccine can be a different brand from the previous two shots administered.

Kihara said the COVID-19 vaccine by Moderna may also be used for booster shots and mixing-and-matching if approved.

"We are bringing forward booster shots based on the assumption that the vaccines are effective against the Omicron strain. We expect that there will be some elderly who want to quickly get their vaccine booster with Moderna," a government source said.

Health minister Shigeyuki Goto said on an NHK TV program that there "are no problems with supply" and stressed that the government "would consider how to administer the shots in order to avoid confusion."