With two years until the Paris Olympics, Japanese breakdancers are hoping the street dance genre's inclusion in the world's largest multisport event can boost its popularity and increase recognition of Japan's status as a global powerhouse.

Japan's breakdancing community has been stepping up preparations for the quadrennial games' return to the French capital, aiming to ride the wave of success from the Tokyo Olympics in 2021, where Japanese athletes achieved a record medal haul.

In "breaking," as the discipline is widely known, dancers improvise to music played by a DJ, pulling off stylized footwork and body-bending acrobatics such as head spins and leg-spread windmills. 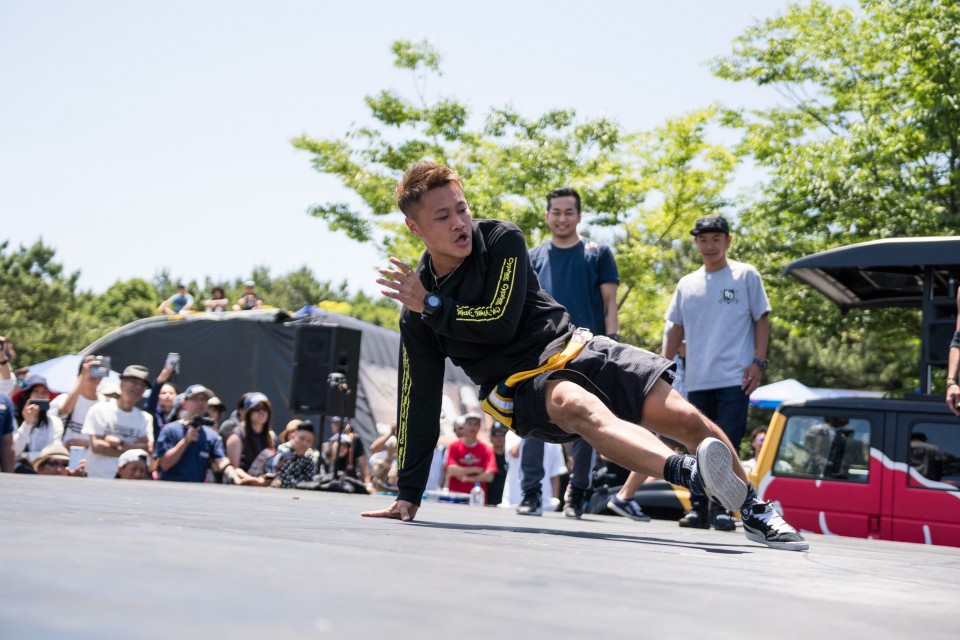 About five decades after it developed in the nascent New York City hip-hop scene, the 2024 Paris Olympics will feature 32 dancers competing over two medal events, one per gender.

"The attraction of breaking is that each dancer has unique and individual dance styles. I can never get enough of it," said Ramu Kawai, a 20-year-old dancer who captured two gold medals at the 2018 Youth Olympics in Buenos Aires. 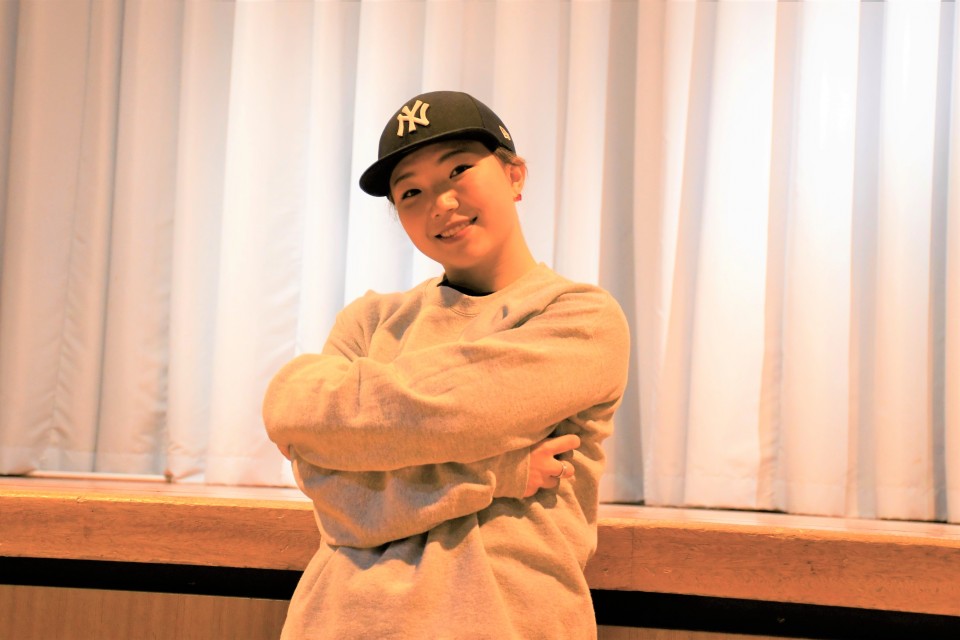 "I hope there comes a day when everybody knows breaking. Until the Paris Olympics, there may be many (Japanese) people who are not familiar with it, but I think that may change if a Japanese dancer manages to win gold," she said.

At the Olympics, dancers -- known as b-boys and b-girls -- will go face-to-face in solo battles and be judged in the Place de la Concorde, a major public square on the bank of Paris's Seine river that will also be home to other urban sports -- 3x3 basketball, skateboarding and BMX freestyle.

In a bid to speed up development, the Japan Dance Sport Federation officially launched a breakdancing section in 2019. Japanese dancers have also seen success at recent international competitions, including at the Youth Olympics, where Kawai and Shigeyuki Nakarai earned a total of three medals, and December's world championships where veteran Ayumi Fukushima won the women's event. 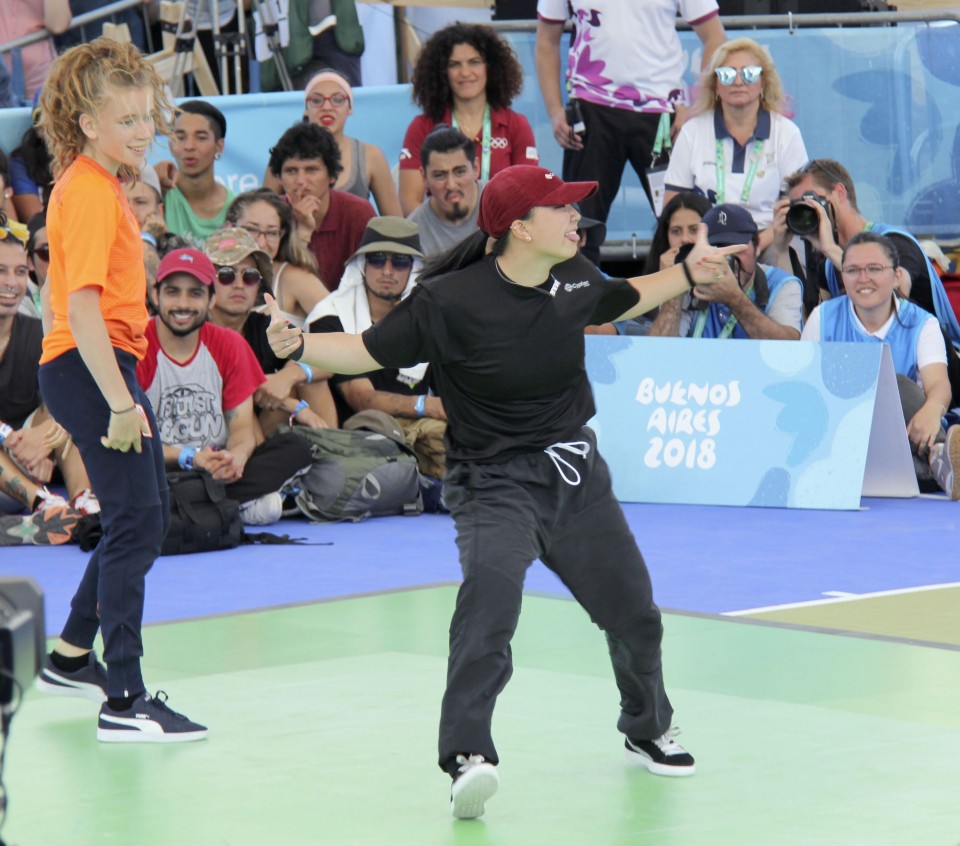 Katsuyuki Ishikawa, a 40-year-old breakdancer who heads the JDSF breakdancing division, said Japan has become a global powerhouse because there is what he calls a "tree of hip-hop," a network in which veteran dancers pass on their experience and knowledge to youngsters to help them improve.

"There are many more dance studios than when I was growing up and more people are teaching younger dancers. Parents are also taking breaking very seriously," said Ishikawa, who performs under the moniker Katsu One.

Breaking was included in the program of the Paris Olympics in December 2020 as one of the four sports proposed by the games' organizing committee to engage a younger audience. It is the only one making its Olympic debut, however, as the other sports -- sport climbing, skateboarding and surfing -- were all contested at the Tokyo Games.

At the Tokyo Olympics, these first-time sports garnered a lot of local attention despite the lack of spectators due to the coronavirus pandemic, largely due to the success of the Japanese athletes who won medals in each. Skateboarding proved a massive hit when Japan's team of young athletes swept to five medals, including three gold, over four events.

Kawai, who started breakdancing when she was 5, said she was inspired to make the same kind of impact in Paris, especially after she participated in the Tokyo Olympic closing ceremony as one of six people who carried the Japanese flag into the National Stadium.

Recalling the experience she had alongside Tokyo Olympic medalists, including double swimming gold medalist Yui Ohashi, Kawai said, "They looked very confident, they looked so cool and bold. I want to be just like them in Paris."

Ishikawa said that he had "mixed feelings" at first about the idea of breaking becoming an Olympic sport as he was afraid it might run counter to the essence of the dance styles' intrinsic street culture, in which dance battles are not scored.

However, he said he wants to make the most of the opportunity, and he became more determined to do so when he saw the excitement generated through the success of the Japanese skateboarders in Tokyo.

"I got chills thinking that the same thing can happen for breaking. But at the same time, it made me nervous because we have to do everything we can to make the most of that chance," he said.

"Of course, if I was asked which color medal Japan is seeking, it would be gold. But it is not only about medals, we want to raise the value of breaking," he added.

While breakdancing is not yet commonly seen on television in Japan and is far from a mainstream activity to participate in, people are increasingly getting opportunities to get a taste.

A professional league, called the D-League, was launched in January 2021. The second season that started in November features breakdancers gunning for a spot at the Olympics.

Kawasaki, an industrial city just outside Tokyo that has become the country's breakdancing mecca, is trying to attract more young people by emphasizing breaking and other street sports.

The Kanagawa Prefecture city, where Ishikawa and Kawai are from, often sees groups of dancers gathering to show their moves in front of Mizonokuchi Station, with some people using windows as full-length mirrors. A club in the area has been hosting breaking events for a long time.

In December, the city hosted demonstration classes for elementary school pupils to practice street sports, including breaking and hip-hop dance. 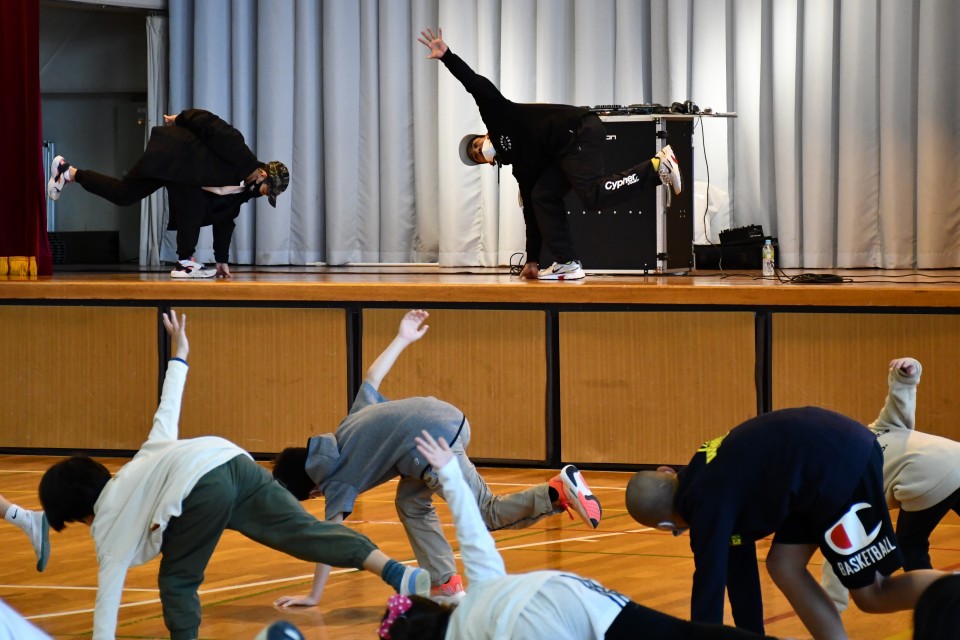 Photo taken on Dec. 12, 2021, shows a demonstration class of breakdancing for children at a school gymnasium in Kawasaki, Kanagawa Prefecture. (Kyodo)

About 40 children tried out breaking during one of the sessions at a local school gymnasium, where they listened to a dancer describe basic techniques and copied the movements.

"It was so much fun and I want to do it again," said Towa Ueno, a 10-year-old elementary school student. "It will be so cool that breaking will be at the Olympics. I want to watch it."

Ishikawa, who has traveled the world on his dancing journey, said that he wants young breakdancers to make friends everywhere as he believes strangers can bond through dance, despite a language barrier.

"There are so many attractions of breaking, but I think the biggest point is that it allows you to bond with people, no matter where they are from," he said. "I feel like we can understand each other, our community is that unique and so much fun to be a part of."

Olympics: Breakdancing to be included in 2024 Paris Games