The United States will lift a travel ban it imposed on eight southern African countries in late November due to concerns over the Omicron variant of the coronavirus that was first detected in the region, a White House official said Friday.

The travel restriction, which will be lifted on Dec. 31, was put in place to buy time to better prepare for the potential spread of the emerging variant, about which little was known at the time. 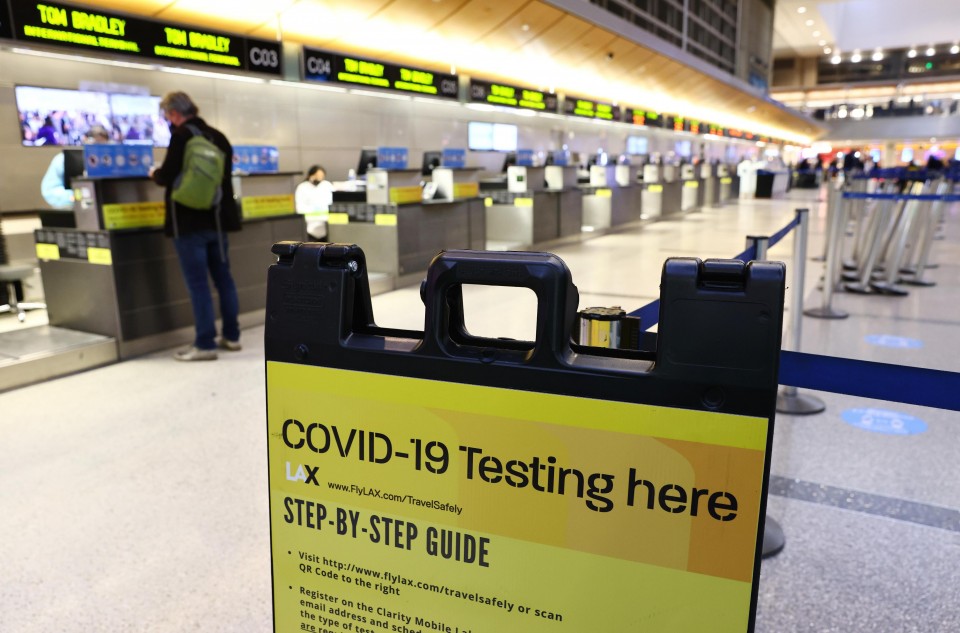 "The restrictions gave us time to understand Omicron and we know our existing vaccines work against Omicron," White House Assistant Press Secretary Kevin Munoz tweeted, adding that the latest move was recommended by the nation's health protection agency.

Under the measure, foreign travelers have been prohibited from entering the United States if they were in South Africa, Botswana, Eswatini, Lesotho, Malawi, Mozambique, Namibia or Zimbabwe within the previous 14 days.

The administration of President Joe Biden has hailed South Africa, which was among the first to alert the world about the new variant of concern in November, for being transparent in sharing information.

But as the United States and other countries including Japan closed their borders against South Africa and its neighboring countries, the South African government has expressed its strong disappointment, saying it felt punished for swiftly reporting the threat.

Since then, infections with the Omicron variant have been confirmed worldwide. In the United States, it has become the most dominant strain, accounting for about 73 percent of new coronavirus cases in the week through last Saturday.

The seven-day average of daily new COVID-19 cases in the United States is now above 176,000, higher than the peak of the most recent wave in the summer triggered by the Delta variant, according to data from the Centers for Disease Control and Prevention. The country's all-time high for average daily cases was over 250,000, marked in January.