Ghosn, who jumped bail and escaped to Lebanon, justified his getaway by noting that his arrest in 2018 and subsequent treatment had been a violation of his human rights under the country's legal system.

"I discovered little by little, the discrimination, the unfairness, that by the end of the day I would not get a fair trial," he told the Foreign Correspondents' Club of Japan. 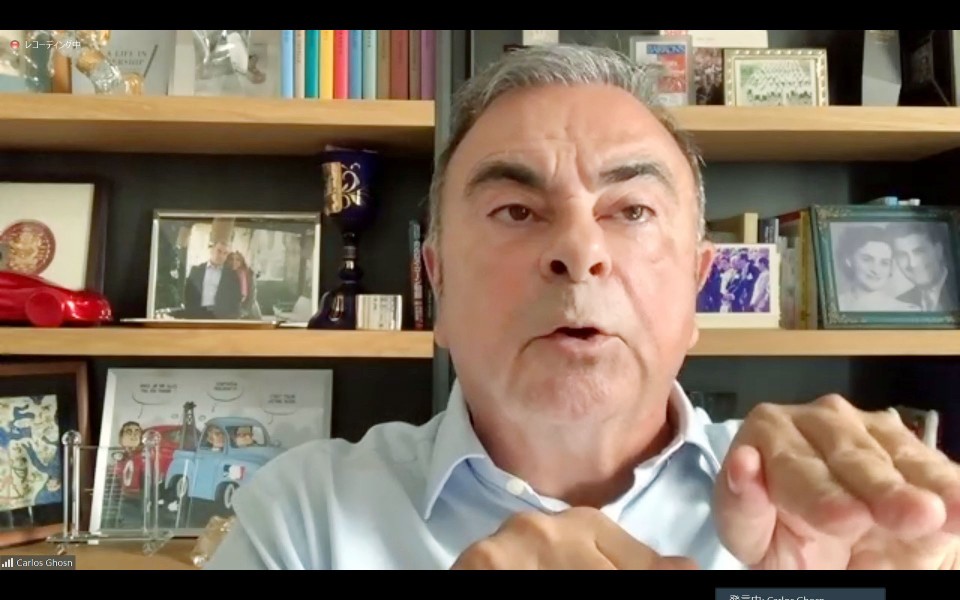 During the press conference, Ghosn expressed his belief in the innocence of former Nissan executive Greg Kelly, who has been charged for helping his former boss underreport his remuneration. The Tokyo District Court will hand down the ruling on March 3.

"It took 3 years and 3 months to try him on a single charge," Ghosn said. "How many years is it going to take for me?"

The conference was held as the Japanese edition of his book "Broken Alliances" co-written with a former French journalist Philippe Ries is scheduled to go on sale this week in Japan.

"The book was written because I couldn't talk," the former chairman said. "(I'm) expressing myself for the first time...after many months of being kept in the dark."

"What I'm fighting for is my rights and reputation. Nothing else," he said.

Ghosn, who was first arrested in November 2018, faces charges of underreporting his remuneration for years and misusing the automaker's funds.

The former chairman, who led Nissan for about two decades, has denied all charges, insisting other company officials plotted to force him out of the Japanese automaker.

Two Americans, who helped Ghosn escape by hiding him in a box and flying him aboard the private jet to Turkey, were found guilty earlier this year following a trial in Japan.