The Japanese government overstated monthly data on construction orders for about eight years, officials said Wednesday, raising the possibility that the practice may have led to miscalculating the country's gross domestic product figures.

The Ministry of Land, Infrastructure, Transport and Tourism had double counted some of the data it received from the same businesses when compiling its monthly construction orders data since fiscal 2013, according to the officials. 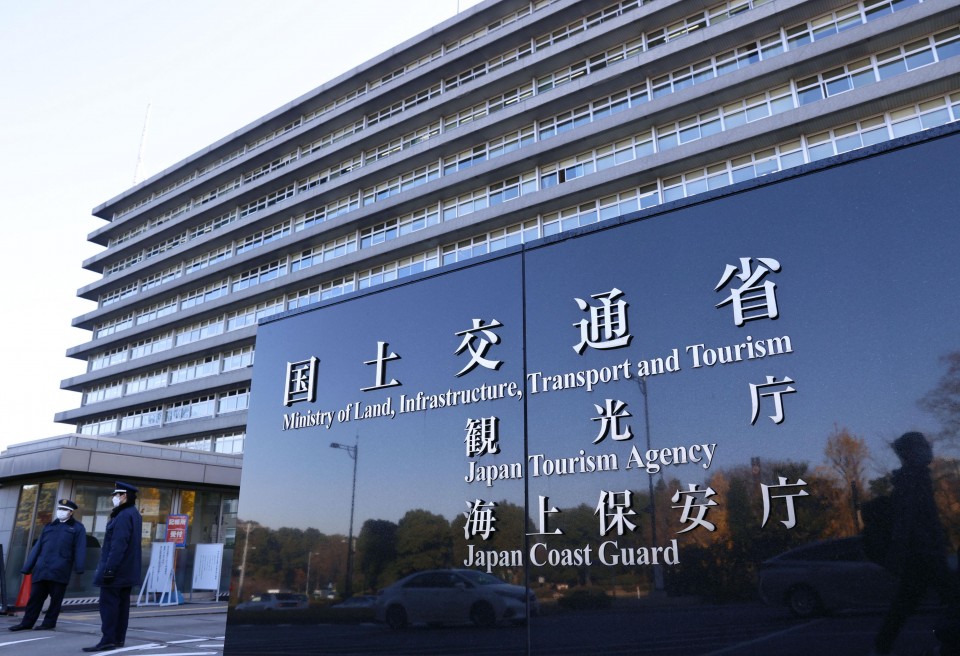 The monthly construction orders, one of the 53 key economic statistics in the country, are calculated using data submitted every month from about 12,000 businesses. They are used to compile the country's GDP and influence policymaking of the government as well as management decisions of businesses.

Prime Minister Fumio Kishida said in parliament that the GDP figures for fiscal 2020 and 2021 ending next March have not been affected as properly calculated construction orders data were used.

But the officials said the raw survey results before 2019 have already been disposed of following the two-year period required for such records to be kept, meaning that the fuller extent of the impact is unlikely to be revealed.

"It was extremely regrettable. We must do everything we can to prevent a similar incident from happening again," Kishida said.

Chief Cabinet Secretary Hirokazu Matsuno said in a regular press conference that he has instructed the internal affairs ministry and other government agencies involved in compiling government economic indicators to work together in reviewing the potential impact of the faulty data.

"I have instructed the land ministry to go over the development, fulfill its responsibility to explain and thoroughly prevent recurrence," Matsuno said.

Land minister Tetsuo Saito offered an apology during the parliament session and said the government has corrected monthly construction orders data from January 2020 to March this year as a reference. 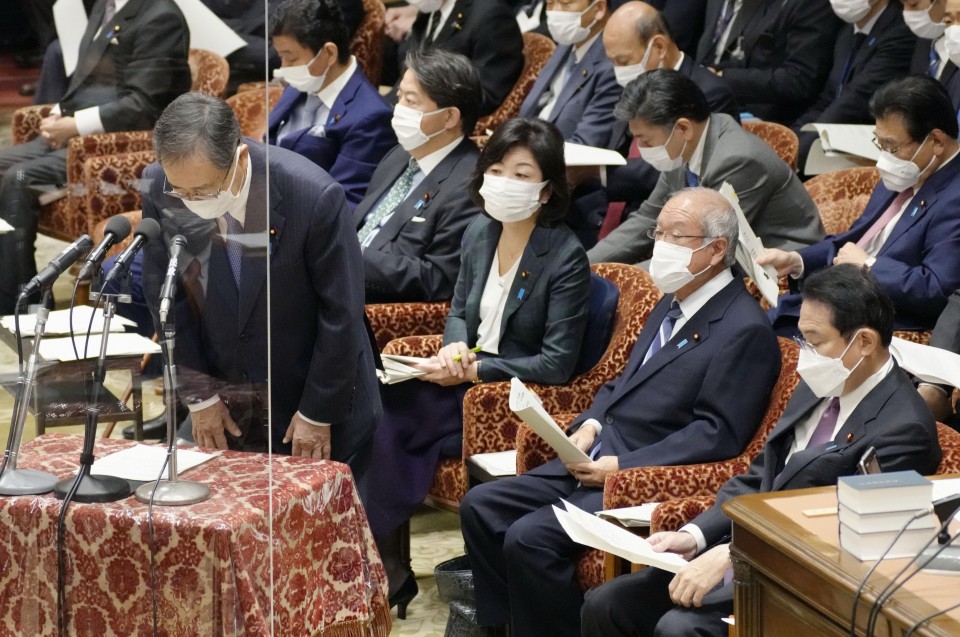 Minister of Land, Infrastructure, Transport and Tourism Tetsuo Saito bows during a parliamentary session in Tokyo on Dec. 15, 2021. (Kyodo)

Opposition parties criticized the data padding and threatened to boycott deliberations on the fiscal 2022 budget next year unless a third-party panel investigates the issue and intensive debate on the matter is held at the Budget Committee.

Takeshi Shina of the main opposition Constitutional Democratic Party of Japan stressed the need for the third-party probe because the government overlooked the inflated data during a review following the revelation in 2018 that the labor ministry had released faulty jobs data for more than a decade.

The announcement by the labor ministry that it had failed to properly pay work-related benefits to more than 20 million people cast doubt on the accuracy of government statistics as a whole.

Toru Suehiro, a senior economist at Daiwa Securities Co., said the impact of the padded construction orders data would be "meager" with the country's economic growth figures and economic assessment "unlikely to change."

"The impact may be smaller than when the monthly labor data issue came to light but it doesn't mean that all is well. What matters is the reliability of economic data and the latest revelation could become a body blow," he said.

"Economists rely on government data as being accurate so the government has something to work on" to improve such reliability, the economist added.

Prefectural governments collect construction orders data every month from businesses before submitting them to the ministry.

However, there have been instances in which companies did not submit survey results on time and turn in several months' worth of data at once. Local governments were instructed for years that they should report the combined orders as the figure for the latest month, with the practice continuing until March this year.

Up until fiscal 2012, the ministry considered that a company did not have any orders if the survey results were not submitted in time.

But it changed its policy in fiscal 2013 and made estimates for companies that did not turn in their survey results based on the data submitted by other businesses, leading to double counting of certain figures when those companies later handed in past orders data after the deadline.

The ministry stopped such a practice, originally aimed at making use of the data submitted past the deadline, in April this year after the Board of Audit of Japan said it was an inappropriate procedure.

A ministry official said those in charge at the time did not consider the double counting of some data as problematic.