Japan will decide whether to send officials to the Beijing Winter Olympics based on its national interests, Prime Minister Fumio Kishida said Tuesday after the United States announced a diplomatic boycott.

"We would like to make our own decision from the standpoint of our national interests" by considering the potential impact on Japan's diplomacy and the Olympics, Kishida told reporters. 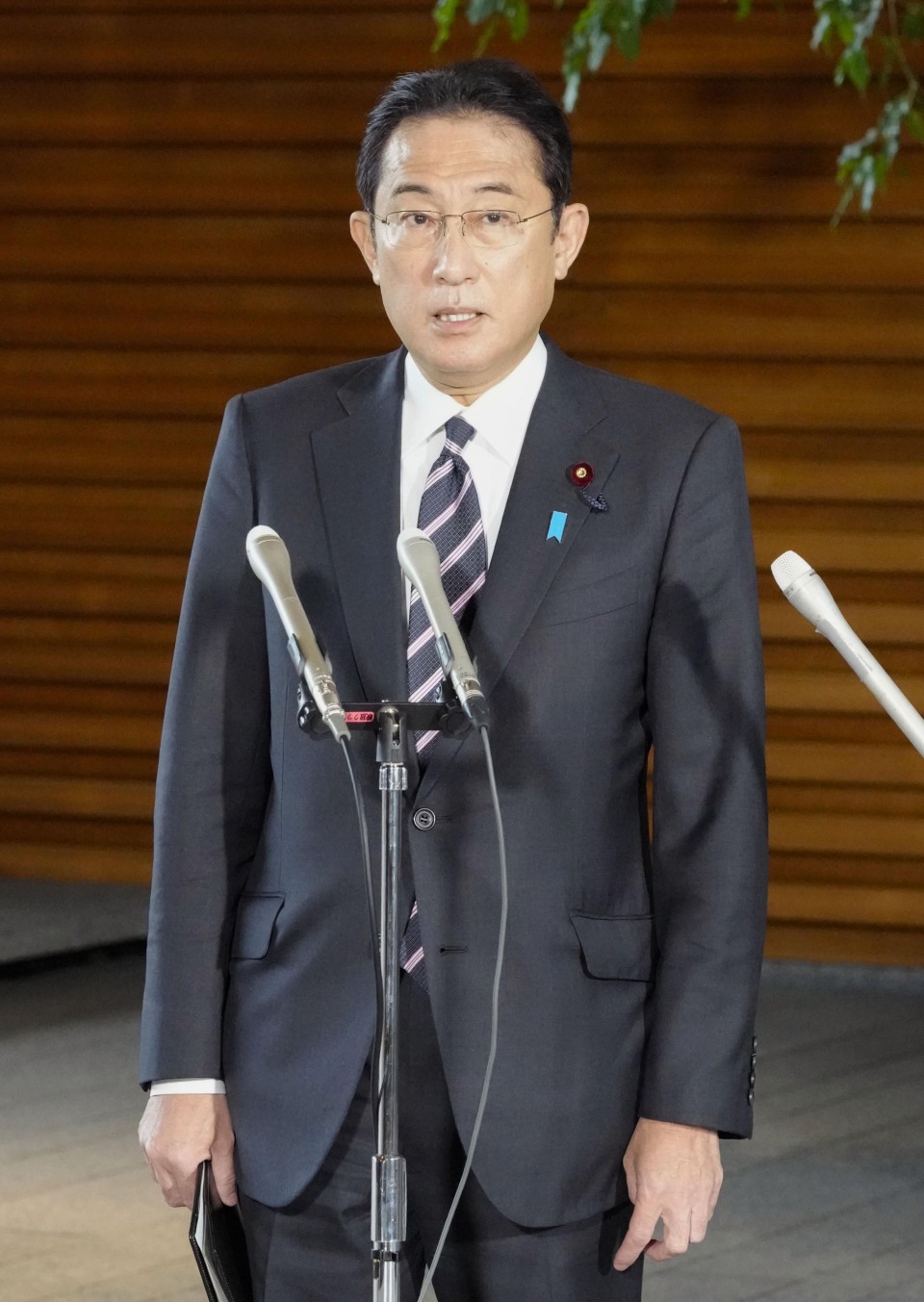 Japanese Prime Minister Fumio Kishida speaks to reporters at his office in Tokyo on Dec. 7, 2021, after the United States announced a diplomatic boycott of the 2022 Winter Olympics in Beijing. Kishida said Japan will determine its scale of involvement in the Olympics based on its national interests. (Kyodo) ==Kyodo

Foreign Minister Yoshimasa Hayashi said the government has yet to decide what position to take on participation in the Winter Olympics, due to open in early February.

The comments were made after White House Press Secretary Jen Psaki said the U.S. government has decided not to send any diplomatic or official representation to the Beijing Olympics and Paralympics, citing China's alleged human rights abuses such as "ongoing genocide and crimes against humanity in Xinjiang" as its reasoning.

"Taking account of various factors comprehensively, we'll make a decision on the government's response to the games at the right point," Hayashi told a press conference.

"Japan thinks it is important that universal values of the international community, including freedom, respect for basic human rights and the rule of law, will be guaranteed also in China," Hayashi said, adding that those issues will be factored in when the government makes a decision.

Tokyo will face a tough choice amid the intensifying rivalry in various fields between Washington, its main security partner, and Beijing, its largest trade partner, ahead of the 50th anniversary of the normalization of Japan-China diplomatic ties next year.

Since taking office in early October, Kishida has been trying to perform a delicate balancing act in relations with China, which has been increasing its clout in the Asia and Pacific region as a military and economic power.

The Chinese government has been the target of international scrutiny over its treatment of the Muslim Uyghur minority in the country's far-western Xinjiang region, which the U.S. government has said includes mass arbitrary detention, forced sterilization and forced labor. 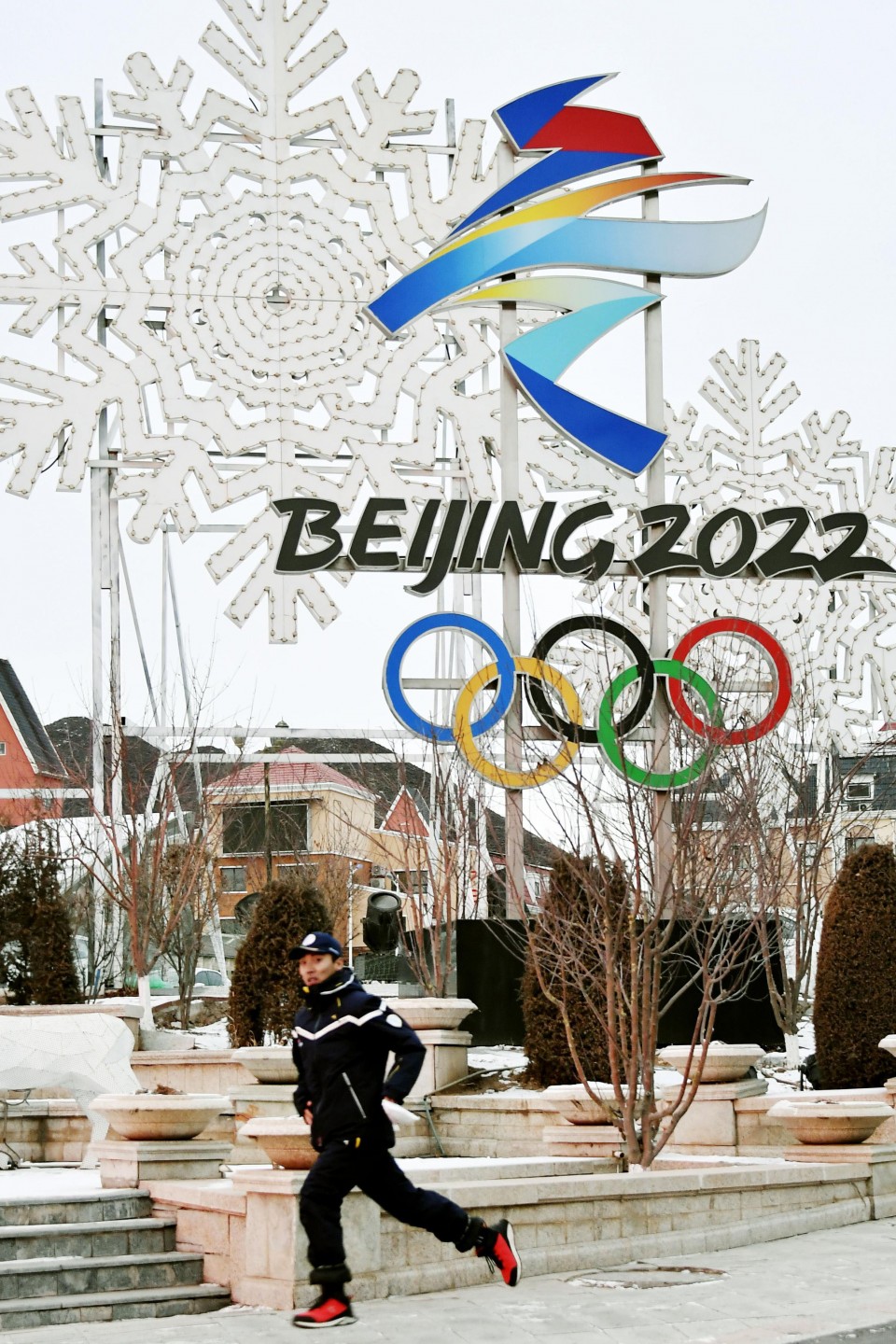 China has denied the allegations, airing strong opposition to the idea of a diplomatic boycott that "politicizes" sport, and it has threatened to take countermeasures if such actions are implemented, prior to the U.S. announcement.

Beijing has also been urging Tokyo to back the Beijing games, saying that China "fully supported Japan in hosting the Tokyo Olympics" this summer, after they were postponed for a year due to the coronavirus pandemic.

Psaki said the United States has informed its allies of the latest decision, adding that Washington will leave it to them to make their own decisions. Britain and Australia are reportedly considering a diplomatic boycott.

Meanwhile, China is arranging to invite Russian President Vladimir Putin to the opening ceremony of the Beijing Olympics.

Concerns over human rights issues in China have been renewed following the temporary disappearance of Chinese tennis star Peng Shuai from public view after she alleged she was sexually assaulted by a former Chinese vice premier in early November.