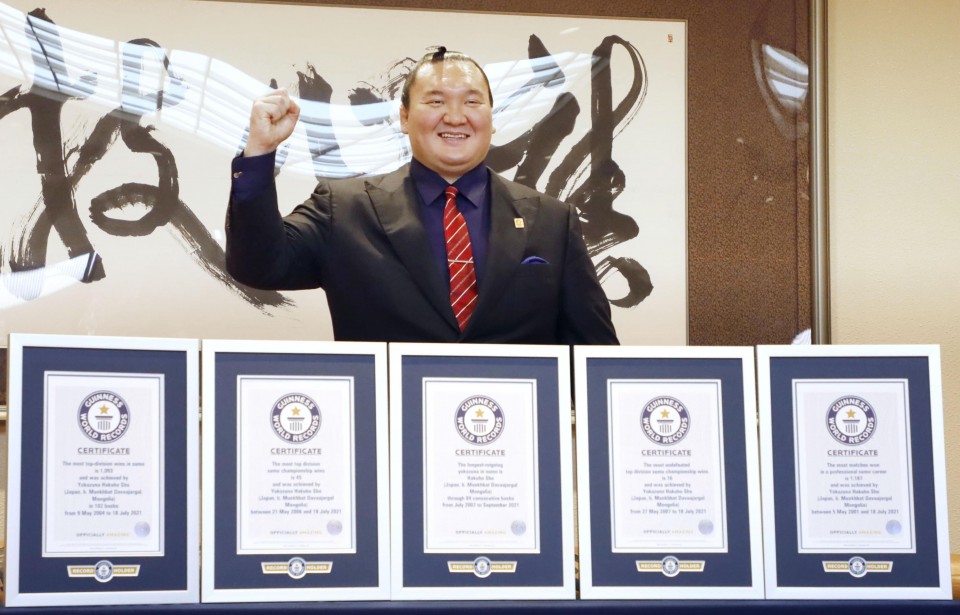 "I have received a nice reward at the very end," Magaki, who retired after September's tourney, said in a statement released by the JSA.

Hakuho's achievements were first recognized by Guinness in 2015 when he surpassed the record of 33 championships set by Taiho, the Showa era (1926-1989)'s greatest yokozuna.

"I will continue to do my best as an elder," said Magaki, who is still with the Miyagino stable, although now as a coach.

"I would like to nurture apprentices in a way that they, too, can receive recognition by Guinness World Records."

Sumo: Hakuho not yet cleared to compete despite negative test